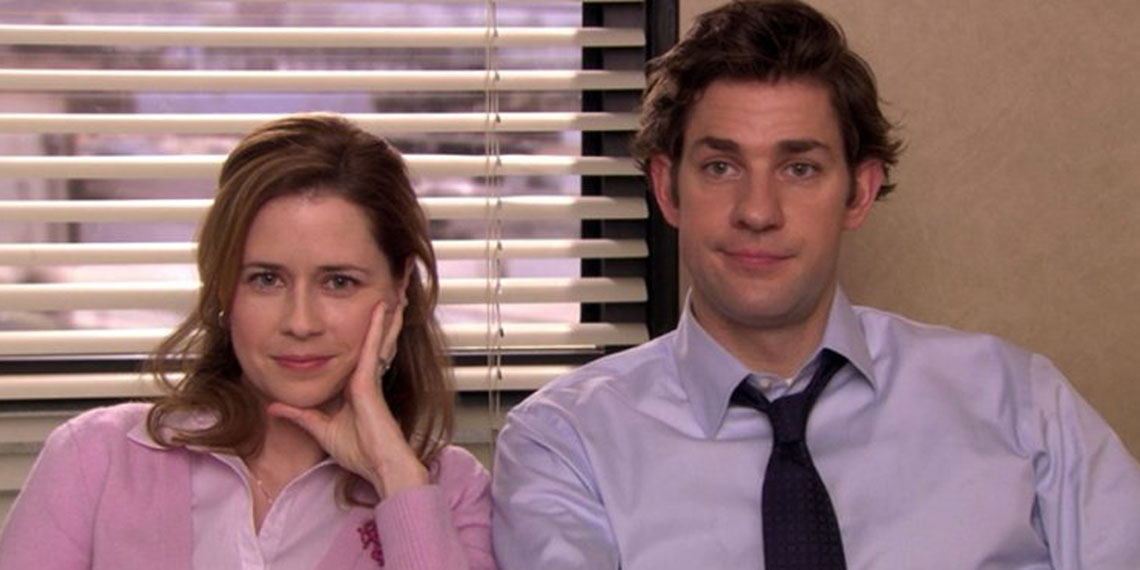 7 Famous TV Couples That Should Have Never Ended Up Together

So we’re all in agreement these days that we would rather binge watch shows and act like the characters are our real-life friends rather than engaging with society, right? Okay, cool. Glad I’m not the only one. Since we all have emotional investments in television shows even though these characters really should have no bearing on our day-to-day lives, I thought I should indulge this toxic mentality by talking about couples from beloved TV shows that should never have ended up together. God, I have way too much time on my hands. All of these couples are considered iconic, but I’m going to tell you why their relationships at best, wouldn’t work, and at worst, are straight-up toxic. Go ahead, rip me apart in the comments.

Dan and Serena from ‘Gossip Girl’

Or any couple from Gossip Girl, for that matter. I’ve said it before: Dan and Serena’s relationship was only fueled by drama and looking into each other’s eyes as The Fray swelled in the background. That’s not romance. That’s just making each other’s lives hell with a (crappy) soundtrack. I could write an entire dissertation on why Chuck and Blair were terrible together too, but let me put it this way: the worst jumping off point for a marriage is if you’re getting married to an abusive guy solely to make sure he doesn’t go to jail for murder because as his wife, you won’t have to testify. There’s literally no argument that could prove me wrong here.

Here’s what should have happened: Rufus and Lily should have gotten married. Blair and Dan should have gotten married because they really were the healthiest couple on the show and Serena f*cked Blair’s stepbrother that we all forgot about, as well as her ex-boyfriend, so it’s a double whammy in terms of revenge. We all know how much Blair loves revenge. Nate and Jenny should’ve at least had a better shot at dating because they seemed to really care for each other. And Chuck and Serena can rot in hell with all the other good-looking but inherently terrible fictional characters. I’m sure they would’ve gotten along swimmingly with Lyla Garrity and Patrick Bateman.

Don’t worry, I’ll make an inevitable Operation Varsity Blues joke at Aunt Becky’s expense in a minute. Full disclosure: I’m writing this without having Fuller House in mind because I’d rather have unprotected sex with Charlie Sheen or eat a lobster roll from McDonald’s than watch that sh*t. Anyway, Aunt Becky and Uncle Jesse were so. f*cked. up. It was not due to them simply being a modern couple with the woman being the breadwinner who was close with their spouse’s family. I mean, think about it: after Aunt Becky and Uncle Jesse got married, they moved into a really nice apartment that she was paying for, and literally two seconds later, they got manipulated into moving back into the Full House. Like, the catalyst for them moving back in is that the baby of the family cried and said she missed Uncle Jesse. Can you imagine that? Getting forced back into an overfilled boarding house because of a baby? Was Aunt Becky just a doormat in this relationship or did she move in to a place to cut costs so she could buy the twins admission to USC (ba dum tss)? I mean, I get Joey living there. With or without the Full House, he was set to be perpetually single. Any man whose job involves fisting a puppet in front of children is doomed for a life of celibacy. But Aunt Becky could’ve fled, and honestly, so could’ve Uncle Jesse had he ever grown out of his struggling rockstar phase. Having to move into the Full House a day into your marriage is grounds for annulment. Also, did I mention, f*ck Uncle Joey?

Ryan and Marissa from ‘The O.C.’

This relationship only lasted as long as it did because it was propelled by these characters’ toxic traits. Ryan’s toxic trait is him having to be the white knight in every situation to the point where he sacrifices himself, and Marissa’s toxic trait is that she sucks. Having a killer wardrobe, brooding, and saying, “Hey” every other word is not a personality. That being said, I still loved watching the drama she got herself into. Every single relationship that girl got into was just to piss off her mom, probably because she was bitter that her mom was a way more interesting character who was actually funny. The only relationship Marissa had that I liked was with Volchok because, well, he was hot and they had hate sex, which again, is hot. Everything about it was hot until he, ya know, killed her. Ryan actually seemed like a good person, but just went overboard with helping others to the point where he got himself into some sh*tty situations and I stopped feeling bad for him. Honestly, most high school relationships aren’t #couplegoals or whatever because we were all weird, insecure, hormonal teenagers in high school. Even though Ryan and Marissa were a sh*tty couple, The O.C. still f*cks (except for Taylor Townsend and Oliver. Them I could do without).

Nathan and Haley from ‘One Tree Hill’

One Tree Hill was the most ridiculous show to me because it’s an alternate reality. There is absolutely nothing realistic about that show, and yet they half-assedly tried to make us believe that we could relate to their “high school struggles.” The most amusing thing to me was that basketball team would play games with Gavin f*cking DeGraw in the background. When have you ever gone to a basketball game and heard that?? Also, what was up with Brooke having a wildly successful fashion line at the age of 12 and a guy named CHAD writing a successful novel at such a young age? F*cking CHAD. And the craziest part of that alternate reality was that Nathan and Haley got married at 16 and a crazy amount of people supported it. I remember one episode when they were just dating, and Haley nearly broke up with Nathan because HE WATCHED PORN. Like, in 2019, it would be nearly impossible to date a guy that DOESN’T watch porn. And then Nathan got his child bride pregnant at a wildly young age, and again, no one really batted an eye. Did I mention she went into labor during her valedictorian speech? That’s insanity to me. Can someone please pass me a blunt? Because writing about these couples is bumming me out and I can’t afford Botox to get rid of stress wrinkles.

Ross and Rachel from ‘Friends’

My main takeaway from Friends is that they all had such an arrested development that they would almost never deviate from that friend group. That’s too bad, because the only one who did deviate from the group was Phoebe when she married Paul Rudd, and that was the best relationship on the show. And do you know why that was the best relationship on the show? Because it didn’t enable this arrested development. Also, because it’s Paul Rudd. I’m happy that Monica and Chandler found someone to be extra annoying to, because no other self-respecting person would tolerate either of them. Rachel was one of the only characters I liked, so it sucked to see her consistently roped back into a romance with a mopey, immature weenie whose life’s passion was DINOSAURS. And I never understood why he was totally cool with the mother of his child moving to France with their baby, and the only reason he stopped Rachel was because he still was in love with her. Wait, what? Your baby is going to live in another continent, but you’re fixated on getting your ex back in the most selfish and inappropriate way possible, thusly making her look unprofessional by giving up a job with one of the biggest designers on the planet? I just can’t get over the fact that this dude stopped regarding his son from a previous marriage halfway through the series and then wasn’t really thinking about his daughter when she was moving to another continent. I’m calling it: Ross is a loser.

Jim and Pam from ‘The Office’

The Office had some great couples, and the top two were Michael and Holly and Phyllis and Bob Vance. Dwight and Angela were definitely bad for each other at times, but I genuinely believed both changed for the better and belonged together. Ryan and Kelly were totally wrong for each other but amazing to watch as well. But Jim and Pam? Uhhhhh, no. It’s not like I actively hate them because it’s not even worth having strong feelings about since they’re overall inoffensive. But I definitely don’t think they’re meant to be. Jim was a catch in that he was funny and tall. But Pam? I cannot remember one time where she made me laugh, and I’ve seen that show so many times. I honestly do not get why Jim romanticized her so much. Besides making fun of everyone at Dunder Mifflin, literally what did they talk about? The only things I ever saw them talk about were getting annoyed by their coworkers or getting sappy with each other because they bonded over getting annoyed with their coworkers. That does not a marriage make! And yet somehow it did.

Okay, first off, I never bought it when Cory and Topanga insisted that they fell in love in the fourth grade. I don’t get why that kept trying to sell us that wildly inappropriate and nonsensical storyline. Kids at that age find romantic pleasure by making their action figures or dolls f*ck alone in a corner during recess. That’s the only instance. I don’t get how you can marry someone who you started dating in middle school, either. Remember your 12-year-old self? Would you trust someone that fell in love with the dweeb that you probably were at that age? I know I wouldn’t. And don’t most people experience personal growth, thus making it difficult to stick with the person you awkwardly slow danced to during the entirety of “Stairway to Heaven” at a middle school dance? I mean, my college boyfriend and I are so different from who we were back then that we would have literally nothing to talk about today. Cory and Topanga are both great people, but any relationship that blossomed from middle school or high school and ended up in marriage makes no sense to me.