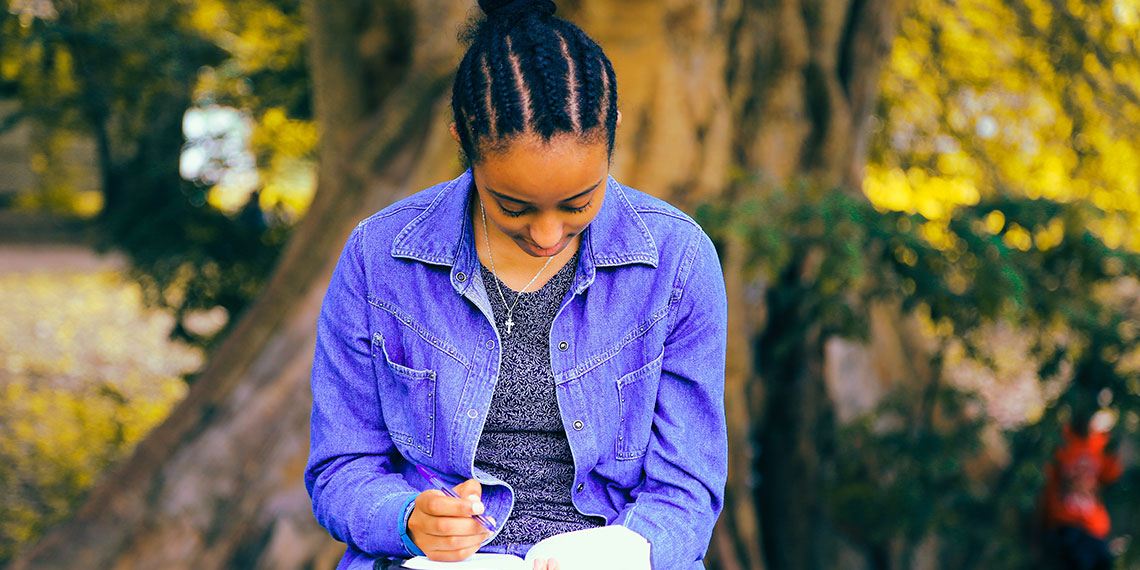 In the past few weeks, we’ve all been trying to step up when it comes to supporting the Black Lives Matter movement. From making donations to joining protests to holding our racist aunts accountable on Facebook, we’re trying to be better allies in the fight against police brutality and systemic racism. Part of being an ally means taking the time to educate ourselves and listen to Black stories and Black voices. We’ve already touched on good documentaries to watch, and since there already are many lists of anti-racism books to read out there, we’re focusing on another way you can support the Black community: by reading books from Black authors that do not have to do with race. Black people are more than their skin color, and their stories are about more than just racial injustice. Normalizing Black representation in media is another important step towards equality. After all, white people get stories all the time that don’t revolve around their whiteness (and, in fact, rarely tend to even mention it). Which is why I’ve compiled a list of great beach reads that support Black writers and voices, that you can buy from Black-owned bookstores.

‘Party of Two’ by Jasmine Guillory

Jasmine Guillory has been a powerhouse in the romance/women’s contemporary fiction genres for the last few years and I’ve been singing her praises to literally anyone who will listen. The way she writes rom-coms is *chef’s kiss* absolutely brilliant. Her books are always the perfect blend of sweet meet-cutes and hot sex—basically everything my Hinge dates are not. In her most recent novel, Party of Two, main character Olivia has just moved to LA to start up her own law firm when she meets a sexy stranger in a bar: Senator Max Powell. Olivia has zero interest in dating a politician, but when Max pursues her she can’t say no. Cut to clandestine date nights, funny disguises, and swerving to ditch the press, and Olivia somehow finds herself falling in love with the last guy she ever expected to. If you loved the Olivia Pope/Fitz political powerhouse couple trope but wished for more of the happier couple moments, then this book hits the perfect sweet spot.

Set in the fast-paced, glitzy world of the NFL, Alexa Martin’s Playbook series is as fun and fizzy as a glass of champagne. The author is actually the wife of a former NFL player, so she has firsthand knowledge of the games played on and off the football field, which is probably why her books are so freaking addictive. In her latest novel, we meet bar owner Brynn Larson, whose establishment has become the local drinking hot-spot for NFL players and their reality TV star wives. But just because she likes their business doesn’t mean she’s stupid enough to jump into bed with a professional athlete. Or so she thinks! Enter: Maxwell Lewis, who’s been in love with Brynn ever since he first laid eyes on her. Add in steamy sex scenes and hilarious banter and you’ve got the perfect beach accessory.

‘The Sun Is Also a Star’ by Nicola Yoon

If you’re wondering why you’ve heard of this book before, it’s because it was recently turned into a movie starring Yara Shahidi and Riverdale’s Charles Melton—but trust me, the book is just as good as the movie. Cynical, logic-driven Natasha is hours away from being deported with her family to Jamaica when she meets Daniel. Their meet-cute on the subway leads to 12 hours of the most adorable relationship I’ve ever read. And I’m even willing to suspend reality here and believe that someone could find love and not human feces on a New York subway because the book is that cute! While this book is technically a young adult novel, it touches on deep issues, like what it means to be a child of an immigrant and breaking away from parental expectations, while at the same time being a beautiful love story. If you’re looking for a good cry (when am I not?), then this will be a good read for you.

‘My Sister, The Serial Killer’ by Oyinkan Braithwaite

If your idea of a feel-good beach book involves murder and homicidal siblings, then you’re going to absolutely loooove this book. My Sister, The Serial Killer came out in 2018, but it’s not as popular as it really deserves to be, so listen to me as I shout this from the metaphorical rooftops: BUY THIS BOOK. In the novel, Korede is always cleaning up after her self-absorbed beautiful sister. And while for some that might mean picking up your sister’s bar tab or helping her clean puke stains off her shirt from the night before, for Korede it means helping her sister hide the body of the latest man she’s just murdered. Dark, twisty, and weirdly funny, this book feels like an insane mix between Dexter and Sharp Objects. I couldn’t put it down.

‘The Opposite of Always’ by Justin A. Reynolds

Another young adult must-read, The Opposite of Always is all about love, loss, and second chances. Jack meets Kate at a party, and by the time the sun rises, he knows all of her favorite movie, that they share a love of Froot Loops…and that he’s falling in love with her. Their love story was supposed to be epic, but then Kate dies. But instead of their story ending there, Jack finds himself transported back to the beginning, to the night they first met, when Kate is still alive and they’re both so in love. Jack doesn’t know if he’s losing his mind, but he’s willing to do anything to prevent Kate’s death, even if it means believing in time travel and trying to change the future. Though this book sounds heavy—and it is super emotional—it’s also ridiculously funny, with laugh-out-loud banter and a little bit of a choose-your-own-adventure twist. Part love story, part sci-fi time travel, part funny coming of age story, this book truly has it all. I dare you not to fall in love with it.

‘Ties That Tether’ by Jane Igharo

So this book actually comes out in September, but I’m alerting you now so you can go ahead and preorder it. The premise is this: 12-year-old Azere promises her dying father that she’ll marry a Nigerian man and preserve her culture, even after her family immigrates to Canada. Years later, Azere ends up at a bar hitting it off with Rafael Castellano, a man who is tall, handsome, and…white. Azere finds herself falling for Rafael, but can she really be with him without compromising her identity? This book packs a lot int0 its 320 pages, but it feels effortless. A Nigerian immigrant herself, Igharo tackles issues like immigration, cultural identity, and interracial dating in a compelling way. While a love story at heart, this book is so much more than that. It’s a must-read for your summer vacation.

Young adult thrillers aren’t typically my thing, but Spin by Lamar Giles is top-notch when it comes to teen thrills. When famous DJ ParSec is found dead, her best friend Kya and one of the DJ’s groupies, Fuse, have to put their differences aside to find out what happened. As they dig deeper, secrets are uncovered, motives are unearthed, and Kya and Fuse fall deeper and deeper into ParSec’s tangled web of a life. Kya gives off some serious Veronica Mars vibes, but the author puts a new and interesting twist on the teenage whodunit. It’s definitely worth the read!