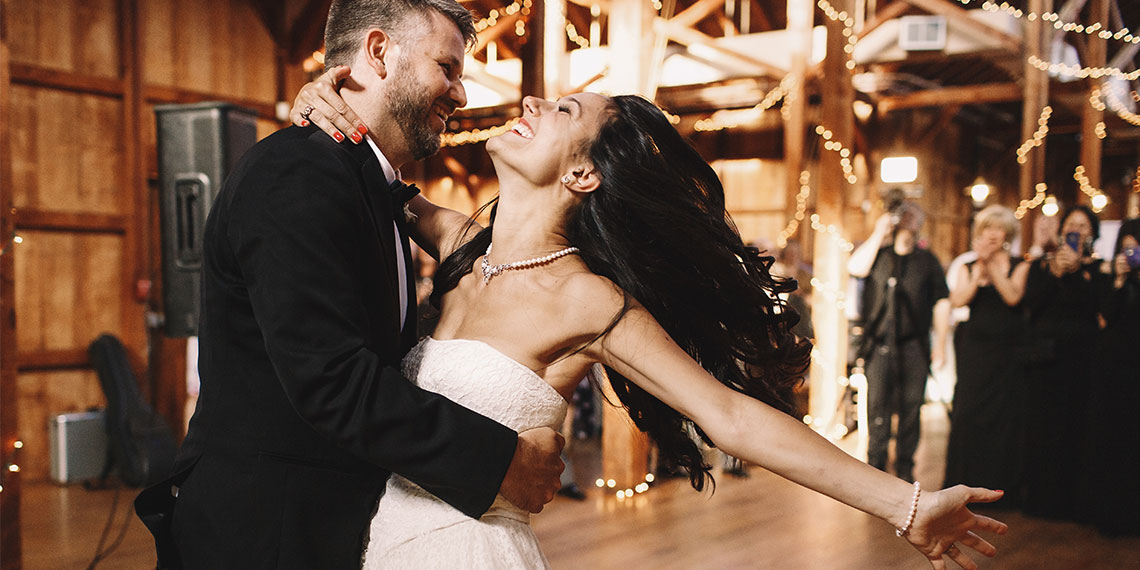 When it comes to 2020 weddings, there are no rules. As a fellow bride-to-be, I’ve realized there are a lot of wedding traditions I’m not into. While you may feel guilty about not doing everything your mom did at her wedding, just think, there were probably some traditions her mother did that she boycotted (it’s a vicious cycle, you see?). For example, my grandma told me it used to be tradition that the bride changed out of her dress at the end of the night and put on a suit to go off on her honeymoon. Sounds miz, right? I’m assuming all I’ll want to do is change into sweats and PTFO. My mom sure as hell didn’t do that, and I bet yours didn’t either, so don’t feel guilty about skipping one of these seven wedding traditions that should prob be retired any way.

Look, it’s 2020. Gender fluid, gender neutral, whatever you want to call it, we can all agree that the gender lines are blurring, and therefore, there’s no reason to be a stickler about your best friend from college standing on the groom’s “side” because of the gender he was assigned at birth. Mix it up and go half boys and half girls, have your brother stand on your side, etc. Nobody’s going to be sitting at the ceremony whispering, “oh my God I can’t believe she has a GUY standing on HER side,” and if they do, they’re a f*cking idiot and shouldn’t be invited in the first place. Plus, women’s pantsuits are so in right now, so if you’re a woman in the groom’s wedding party, just channel your inner Ariana Madix circa Tom and Katie’s wedding and own that sh*t.

Your Parents Giving You Away

This may have been a thing back in the 1800s when literal 14-year-olds got married because they were going to die by age 30, but now that you’re a grown-ass adult, there’s no need for mommy or daddy to “give you away”. The whole idea of them handing off ownership to your spouse is pretty objectifying, IMO. Not to mention, not every person has a great relationship with their parents, and this wedding tradition can just put extra pressure on an already tense dynamic. If you want to skip this one but still compromise, you can have them walk in front of you, or at the beginning of the procession with the groom’s family if they’re salty about you walking solo.

Advice for wedding dress style: wear whatever the fuck you want

IDK who invented the idea that couples need to give each other gifts before the wedding ceremony, but isn’t like, your marriage enough of a gift? Yes, I know that sounds cheesy, but when it comes to saving money, I will use all the cliches I can to get me out of buying a really expensive watch for my fiancé (sorry, babe!). Writing a personal note should be gift enough, since you prob just spent your life savings on this massive party. I am officially launching my campaign to end pre-wedding gift exchanges between couples. WHO’S WITH ME?! I’ll take this all the way to Congress if I have to.

I know this is one I’ll catch a lot of heat for, and I’m ready for it. When I discovered the historical meaning behind why brides wear veils, I was appalled. Basically, wearing a veil was intended to keep the groom from seeing the bride until she got up to the altar so he wouldn’t see her and run for the hills. Wow, that is so thoughtful of the inventors of the veil to hide the bride’s face until it’s too late in case the groom didn’t like her looks. A more modern-day reason to pass on a veil is the cost. Do you really want to spend $800 on a piece of tulle? I’m sure most of you reading this think I’m a veil-hater and are probably still going to wear one, but I’m just here to tell you that if you’re on the fence and the notion of “tradition” is preventing you from doing you, I’m here to tell you that it’s perfectly okay if you don’t wear one.

GIRL. Lemme write this down for future purposes.

I’d venture to guess that the majority of weddings take place at night (mine will be), but if you’re not into the idea of a nighttime party, why not start it earlier in the day? My cousin is having a brunch reception that goes all day and I’m not going to lie, I am STOKED. The idea of eating brunch food, getting wasted, and being in bed by 7pm sounds like heaven on earth. Is that an over exaggeration? Probably, but let’s face it, I can’t stay up all night anymore and so the idea of getting the party started early, and ending it early, sounds lovely. Plus, all-you-can-eat brunch food? Hmm, maybe I should change my start time to 11am.

The only thing worse than being seated at the singles’ table is the dreaded bouquet and garter toss. As if a guy literally crawling up his wife’s dress in front of his entire family isn’t mortifying enough, think of all the single guests at your wedding you’ll humiliate when you toss a bunch of flowers at their faces. Also, someone could get SERIOUSLY injured. At my friend’s wedding last year she hiked the football bouquet like an NFL Pro-Bowler and almost took out half of her single guests. I mean, respect, but drunk people don’t have the best reflexes, so that could have been a massacre.

My fiancé doesn’t like frosting (I know, he’s literally a serial killer) and I don’t want an icing-free cake at our wedding, so we’re not having one at all. We’re doing a donut wall instead because I’m #basicandproud, and that way people can bring their dessert on the dance floor. We also realized that at the last four weddings we’ve gone to, we didn’t eat the cake. It’s my personal goal to make sure every guest feels sickly full at the end of the night and they can’t get there with a small slice of cake, so bring on the dessert bar! If you want a cake just for the photo opp, your caterer might be able to whip up something small so you can at least have the picture.

The new wedding rules are that there are no rules, so don’t be afraid to do you. As long as you have good booze and awesome music, everyone will have a good time.

For more, subscribe to our new Betches Brides newsletter