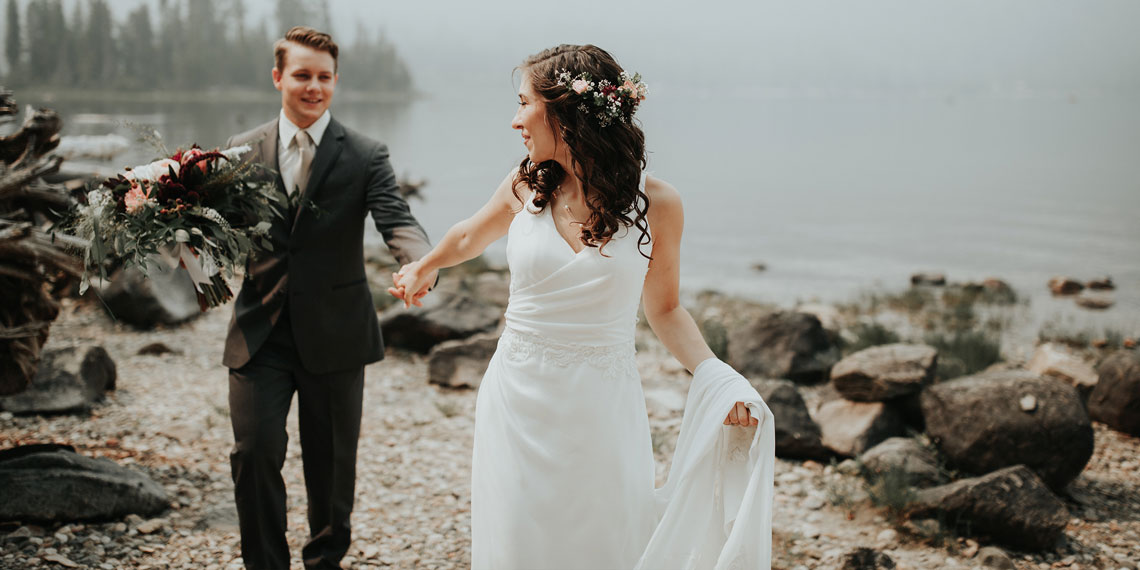 How Millennials Are Changing The Way We Approach Weddings

The sun is shining. The flowers are blooming. The weather is still unpredictable but just stable enough to convince people to host outdoor events without any kind of backup plan. It can all only mean one thing: wedding season is upon us.

In news that should surprise no one but will probably anger baby boomers somewhere, millennials are changing up the way we approach weddings. Crazy, right? That an entirely new generation, more diverse than any to come before it and with different entirely socioeconomic backgrounds, might have a few differing opinions from people who got married 50 years ago? Progress is scary.

To prepare for the seemingly endless parade of undying love we’re all about to embark on, we spoke to Alyssa Longobucco, Senior Style & Planning Editor at The Knot, to get the inside scoop on what we can expect from the coming season. Spoiler alert: garter tosses are on their way out. I, for one, will sleep easier at night knowing that the likelihood that I have to watch any of my friends’ husbands stick their faces up their newly minted wives’ skirts in front of a sea of family members is diminishing by the second. Who says 2019 is entirely terrible?

If you’re hitting the wedding circuit this summer, you’re bound to notice a few similarities between each event. I’m not saying you should be turning the most important days of your friends’ lives into drinking games, but if you were to take a shot for every hand-painted sign or photo booth you encounter, you’d be guaranteed to have a good night.

But most interestingly, what you might begin to notice is the lack of similarity altogether. According to Alyssa, this can be attributed to the one macro-trend ruling the millennial weddings scene: personalization.

“The biggest trend we’re seeing across the board with millennial couples when it comes to planning their weddings is personalization. Today’s couples are all about bringing to life their wedding vision in a way that feels right for them.” For some couples, that means forgoing the stodgier traditions favored by their parents, like cake cutting and bouquet tosses. Some of these things may still be incorporated, but what The Knot has begun to notice is that weddings today are a much less regimented affair.

“There used to be a more prescriptive way to go about weddings—they all had more similar looks and feels to them, and as a guest (or couple) you could pretty much guess what was coming up for the evening,” recounts Longobucco. Sounds boring as hell, right? I gladly welcome this new world order where each wedding is a unique experience crafted by the couple.

One example of the ways that millennials are putting their spin on tradition: the unity ceremony. According to Alyssa, “several years ago, it wasn’t uncommon to see couples perform a ritual like lighting a candle or pouring sand into a vase to represent their new union. These days, however, that common tradition is getting a new twist and we’ve see couples solidify their union in a myriad of personalized and fun ways, like taking dual tequila shots or making a batch of guacamole together.” I’d love to meet the bride bold enough to not only make guacamole in a wedding dress, but to make 100 of her closest friends and family members sit and watch while she does it. A power move if I’ve ever seen one. These examples are obviously a little on the eccentric side, but that’s kind of the point. As aptly put by Alyssa, “there are no rules, as long as it feels right to the couple.”

Another trend you can expect to see this summer? Interactive weddings. This should be no surprise, given the ubiquity of the photo booth, which even ten years ago would have been considered a novelty. “From cartoon artists and live poets to an after party silent disco, couples are really prioritizing showing their guests a memorable (and photo-worthy!) time.”

While I’d rather die than experience live poetry at a wedding, I think it’s reflective of an entire generation that the number one focus of what is supposed to be one of the biggest days of our lives has shifted to the guests rather than the couple in question. Millennial brides and grooms understand that their friends have sacrificed time and money (and probably sanity) to be present during their big day, and they want to make sure that the payoff is worth the investment. That’s sweet, even if they make you wear pastel taffeta while they do it.

The number one thing to keep in mind as you prep for a summer full of weddings: it’s not about you. Cringey or cliche or outright ridiculous, two people that you (hopefully) care about have put in an inordinate amount of time and energy (and, again, money) into a day that they want you to enjoy. If you have to sit and watch a slam poet make guacamole in front of a unity candle while an acoustic cover of Ed Sheeran plays in the background to make that happen, so be it.