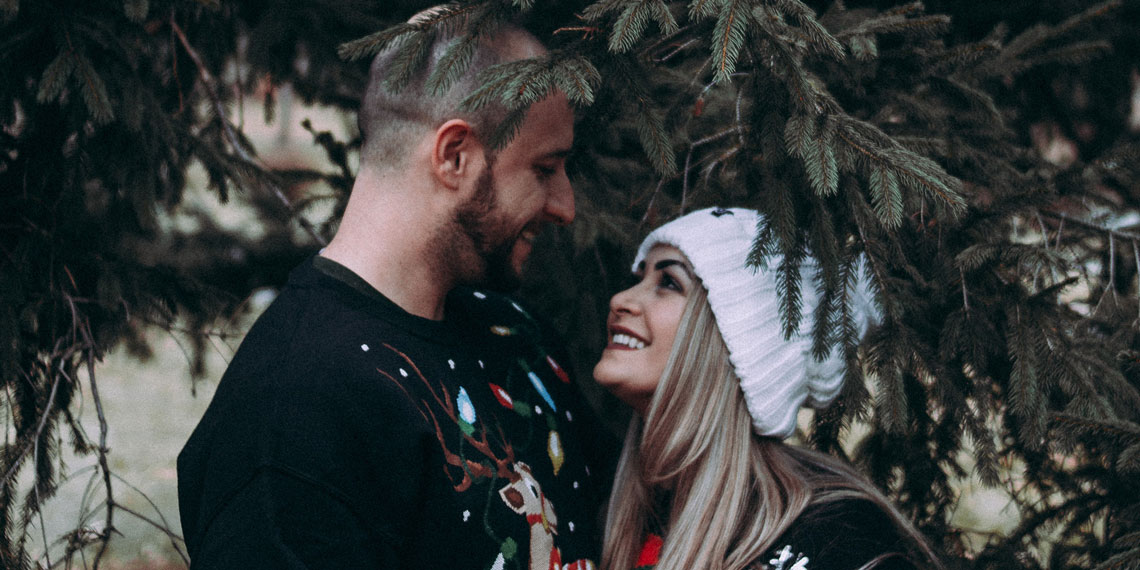 5 Tips For Meeting Your Boyfriend’s Family Over The Holidays

It’s the holidays, the time of year when all of your relatives are shoved into one house to enjoy some family time. Eventually, if you’re dating someone, you might reach a point where it becomes appropriate to bring your boyfriend along… and vice versa. There’s nothing more terrifying than meeting your boyfriend’s parents. Hopefully, if they’re inviting you for the holidays, it isn’t the very first time you’ve met them, but either way, it’s an especially high-stress time, so there’s more potential for it to be a total freaking disaster. Especially if he’s not only introducing you to his mom this time, but also his persnickety great grandmother and his super conservative uncle and emo 14-year-old cousin. I mean, dealing with your own family is enough!

That being said, here are some tips to navigate meeting your boyfriend’s parents (and other family members), especially around the holidays.

1. Come Up With A Meet-Cute

Don’t tell his family you met while he was holding up your legs for a keg stand and you proceeded to bond while finishing a fifth of Fireball together after. Make it so PG you can tell your 5-year-old cousin. “We were introduced by mutual friends at a party, he asked for my number, and we kept talking and eventually went on a date and really hit it off.” Cute. Vague. This is a story for his parents, not for your friends when you’re chowing down on pints of cookie dough at 3am after that party.

But not in a creepy way. It helps prevent awkward misunderstandings if you know their thoughts on different things. Like, are they huge wine aficionados who will judge you for refusing a glass or wine at dinner because you feel weird drinking in front of his parents? Or is his mom not a huge drinker and secretly likes you more when you refuse that vodka soda? Obviously you can do whatever tf you want (so don’t please don’t leave me a comment about how changing yourself for others is stupid) but if you’re trying to impress someone aka prevent eternal conflict with your potential future mother-in-law, sometimes you want to be on your best behavior.

This also helps if the conversation awkwardly dies, you can either stare into the eyes of his parents, both who are hardcore evaluating your every move, and mutter something about the bathroom, or you can bring up something they’d be interested in talking about: So, I heard you worked on Wall Street, sir, how is that? Just don’t ask him to explain investment banking to you; I’ve tried that with my dad before and became mega bored real fast, felt like an idiot, and still am confused.

Were you raised by wolves? Obviously the first rule of being invited to someone’s home is to bring a gift, even if it’s just something small. (Ok maybe this is just because my mom is southern but she has drilled into my brain that it is the height of rudeness to not bring something for the hostess.) You don’t need to get his mom a Jo Malone candle if you don’t want to; a homemade dessert is equally sweet. Literally all you have to do is rip open a bag of Ghirardelli’s triple chocolate brownie mix and add water (you laugh, but it will make the fudgiest brownies), and poof, you look like a domestic goddess and the perfect future daughter-in-law, as opposed to some grifter who only showed up for free food.

4. Don’t Talk About Yourself Too Much

Have you ever noticed how boring it can be to hear someone go on and on and on about themselves? Honestly, no one cares that much about your life, probably not even your boyfriend. So don’t bore his family with your entire life history. Now is the time to hear all about his life. Hopefully you actually love him, so you actually, ya know, care. Ask about his childhood photos and cute stories! Now is the time to get the inside scoop from his family, which is definitely a different perspective than his friends will give. You probably won’t get a story about how he once fell down the stairs while blacked out and tore his ACL, but you might get a cute story about losing his tooth in kindergarten. If all else fails, ask his mom to bust out the photo album.

Remember that Tiffany’s book of manners your mom gave you when you were 10 that you never read because you wanted to make music videos to Justin Bieber’s new song instead? Or all those comportment classes you complained about before your cotillion? No? Just me again? Anyway, regardless of whether or not your mother was a stickler for manners, now is the time to remember your pleases and thank you’s. It probably won’t be a Titanic-esque situation (remember when Jack has to figure out which of the ten forks to use for each course? For future reference, you start out and work your way in), but that doesn’t mean manners aren’t key. If you’re not offering to help clear the table and do the dishes—even if his mom says no initially, insist unless she’s really adamant—you’re doing something wrong.

Meeting your boyfriend’s parents can be stressful, but don’t let them intimidate you. He loves you for a reason, and ultimately, that should be the most important. Even if you accidentally insult his mom by refusing to try her famous chicken parm because you’re vegan, I’m sure she’ll get over it eventually (ok that was a lie she’ll def hold a grudge forever). But as much as you want to be polite and make the best possible impression, you’re ultimately dating him, not his family.