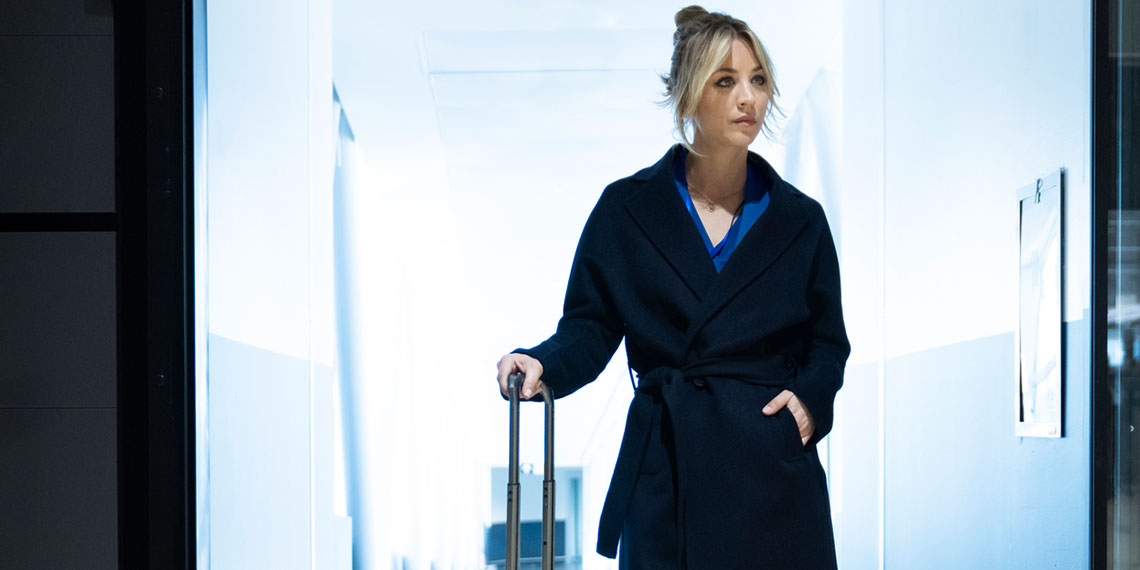 HBO, the unspoken hero of late 2020, knew that in order to survive the remainder of the year, we needed the most binge-worthy content, which they delivered in the form of a number series (The Undoing, anyone?). Aside from that and Murder on Middle Beach, one of their heavy hitters that got me through the year was The Flight Attendant starring Kaley Cuoco. It’s about a flight attendant (Cuoco) who wakes up after a layover in Bangkok to find a dead man next to her… and no idea of wtf happened the night before.

Contrary to popular opinion (aka that of my close friends) I wasn’t a huge fan of The Flight Attendant right off the bat. The flashbacks, though obviously the main plot of the show, irked me, and 99% of the time I wanted to shake Cassie for her irrationally bad decision making. I later realized that is literally the entire point of the show, but until I got there, I was not a fan.

Disclaimer: Spoilers ahead, so here is your chance to exit this piece while you can.

It wasn’t until Max got hit by a car that I started REALLY getting into The Flight Attendant. I was on the edge of my couch waiting to see how it all ended, and while the episodes leading into the finale were fun and exciting, the finale not only fell a bit flat for me, but also left me confused. Here are 5 things I’m still questioning days later.

Megan’s character is a tricky one. Presuming you’ve watched the show if you’ve made it here, you know that Megan is Cassie’s coworker, self-proclaimed best friend, and… a spy stealing corporate secrets and intel from her husband and his job for the North Korean government. This plotline seemed juicy and fun, and I was excited to see how it tied into Cassie’s disastrous situation, because I ASSUMED it would. But you know what they say about assuming things…

Turns out Megan’s subplot was just that: a mostly unrelated subplot. There was no exciting twist that she was secretly working for (or stealing from) the Sokolov family. No finding out that this project is all a figment of her imagination and she’s actually losing it. No nothing. Just a train ride to nowhere, kind of like this plot point.

While the writers did throw in the ~twist~ of Shane working undercover for the CIA to keep tabs on Megan it didn’t really matter? Because he drunkenly reveals his true identity to Cassie (???) after saving her life (???) and doesn’t catch Megan. Shane tops it off by letting Cassie know the CIA wants to hire her (which is normal for someone who wakes up next to a dead body, lies to the government about it, is on the verge of liver failure, and only makes it out alive by continuing to fail upwards). I really needed more from this mess.

Now I don’t know about you, but my understanding when it comes to being shot or brutally stabbed is that one doesn’t typically walk away and carry on with their day. Apparently this rule does not apply to most of the characters in The Flight Attendant, and while I understand that TV magic is a thing, I can only suspend my disbelief so far.

For starters, Miranda. We first see Miranda get shot in the leg in a parking garage. Ouch. Luckily, Miranda has superpowers and is able to ignore her injury, kill Victor, and drive off to the airport. I literally can’t function when I stub my toe, but ok. Miranda’s superpowers continue after arriving in Rome (after figuring out a way to get on the plane despite the airport staff fully noticing she was shot and trying to stop her). After Cassie arrives in her hotel room, she faces a not-so-fun surprise when she finds Felix and Miranda hiding in her shower. Miranda looks dead in the tub, but, she’s not. In fact, she finds a way to escape yet again! Miranda has an almost-happy ending, escaping with the Sokolov money and even sending Cassie a departure gift of Alex’s book. Nobody is looking for her and she’s not wanted for murder (until season two, that is). All around, super realistic!

Next up in the injury department, we have Felix/Buckley. This man survives quite the takedown in the Rome hotel room. Cassie first slashes his leg with a knife and then follows up by shooting him in what appears to be the upper leg/hip area. To finish the job (or so we think), Shane busts down the double-locked door and shoots Felix right in the chest. He’s somehow not dead, though. Buckley gives them a wave on his stretcher ride out and Shane remarks “son of a b*tch is lucky you only hit him in the leg,” which is confusing, because Shane just shot him in the chest (stomach?) five minutes ago.

Finally, Enrico. I’ll keep this one short and sweet. He takes a nasty stab wound to the stomach, gets KOed via Felix’s knee, and then survives. I’m not saying you can’t survive the above injuries, but, what? Max’s car accident was slightly unrealistic (really, he’s on a morphine drip after getting hit by a car and has no visible bruises or scratches?) but at least they put him in a hospital bed.

3. The Realization that Cassie is in Love with Alex

Now, I’m not here to tell you that you can’t fall in love with someone after a one night stand. People on The Bachelor fall in love after a lot less. That being said, I needed more of a reason for Cassie to feel so attached to Alex after one drunken night that she doesn’t even remember. In the book (yes, of course it’s based on a book), Cassie is pregnant with Alex’s child, which makes things a bit more complicated, but also a lot more understandable. When I was watching the show, I needed more of an explanation, because her coming to terms that she was in love with a figment of her imagination never quite added up. You can blame it on her past trauma, her drinking, her desire to break the habit of reckless behavior, but there was never a clear-cut explanation here and that is what I need from a finale—answers.

4. The Uneventful Ending of Hammond and White

First of all, if you’re reading this wondering who Hammond and White are, you’re not alone. While I was super familiar with the two FBI agents on the case, I genuinely had NO idea their names were Kim Hammond and Van White. But hey, the more you know. Anyway, aside from the obvious lesson learned (douchebag male agent thinks he’s right because of white male privilege and belittles Black female agent, only to be proven wrong in the long run), these two don’t serve a huge purpose in the end. After being cleared of Alex’s murder, Cassie arrives back in the states and goes to lunch with Annie like nothing ever happened. The show glazes over the aftermath of Cassie’s wild night (like the fact that she still woke up next to a dead body and lied to the FBI, the fact that she was a murder suspect and needed to be formally cleared, the fact that she witnessed like… five stabbings and shootings in an hour) and we never get to see her final interaction with Hammond and White. Given that their entire purpose was to find her and prove whether or not she was innocent, it felt like a missing piece to the puzzle skipping over the final details.

There’s a lot to unpack when it comes to the Felix/Buckley saga, but there were still some things that simply did not add up to me. In the finale we find out Felix was stalking Cassie, following her around the world using her license as a way of tracking her (?) He half professes his love to her, half wants to kill her to complete the job Victor assigned him, and it’s a bit of a confusing mess. Despite having like 100 chances to kill Cassie, he did not follow through—but he still stalked her like prey during their non-intimate moments.

My confusion stems from Cassie’s first time meeting Alex. Felix is on the flight (because he’s hired by Victor to kill Alex and get the money) but then tells Cassie that he was stalking her. So which one is it. Both? That is too messy. And then Cassie and Alex, his two prey, just happened to end up having a one night stand? That’s convenient. Maybe I’m not picking up what the writers were putting down, but I’m deeming this plot point a miss.

All that being said, I did enjoy the show. It was fun, different, and I thought Kaley Cuoco was perfect for the role. I just have two final questions. One, how did Cassie not even flinch when taking shots of that cheap-ass airplane vodka? Two, how did Cassie escape the scene of her father’s deadly drunk driving accident with no one questioning the fact that a drunk little girl, covered in cuts and blood, who was related to the drunk driver, was at the scene of the accident? Hopefully these questions get answered in season 2, which let’s be real, I’ll still be watching—confused or not.