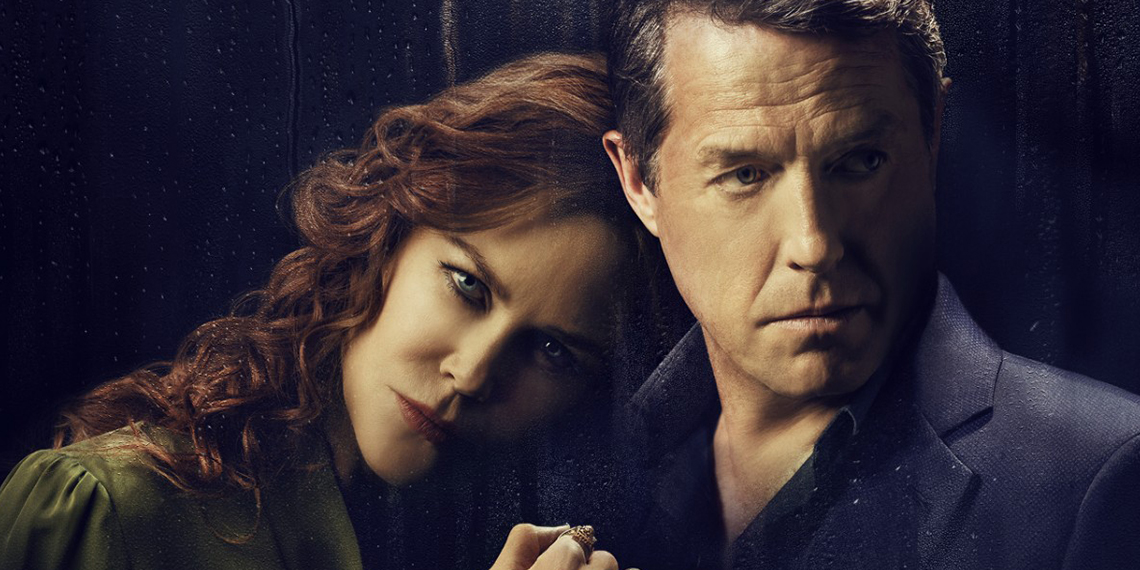 After six long weeks, The Undoing, the latest installment in HBO’s Rich White People Doing Crimes Cinematic Universe, has come to a close. For the first few weeks of the show, it didn’t feel like many people were watching, but by the time the finale rolled around, memes about Nicole Kidman’s luxurious coats and Donald Sutherland’s weird “cocksucker” monologue were basically all I was seeing on social media. I’m not sure if we actually liked this show, or if we all just desperately needed something to look forward to, but either way, last night’s finale felt like one of the most anticipated events of the year. Major spoilers ahead, so if you haven’t watched the finale yet, turn back now.

So did the finale deliver? Honestly, I liked it! While most of us were focusing our energy on puzzling out which seemingly innocent side character could have conceivably killed Elena, the show went a different direction. Ultimately, Jonathan was the most obvious choice, but with that nail-biting chase sequence (and those chic AF helicopters), the writers found a way to raise the stakes without adding a forced plot twist. But just because I was mostly okay with the ending doesn’t mean I don’t have a million questions that went unanswered.

The Undoing was billed as a limited series, and given the way it ended, the chances of a surprise second season seem slim, which is probably a good thing (though I do have some great ideas for Part 2: The Redoing if HBO wants to cut me a check). But since we won’t be seeing any more of Nicole in that wig (one of her best wigs, tbh), here are some issues that I would’ve liked to see resolved in the finale.

At the end of the penultimate episode, Grace found the hammer (aka the murder weapon) in Henry’s violin case, and it was a truly shocking moment that threw a wrench into everyone’s final predictions about who killed Elena. In the finale, we got more clarity about the hammer—mainly that Henry found it after the fact, and wasn’t the killer—but I’m left with one specific question that I can’t figure out. When discussing the discovery with his family and his attorney, Jonathan seemed excited at the prospect of DNA testing the hammer, as if it would magically exonerate him. Likewise, he seemed as annoyed as everyone else when Henry told them he’d run the hammer through the dishwasher twice.

But like… now that we know Jonathan did it, why the f*ck would he want the hammer to be DNA tested? Wouldn’t that be the last thing he wanted? And wouldn’t he be relieved to find out his son had flushed away any possibility of the murder weapon holding up in court? Obviously Jonathan made a lot of questionable decisions, but his whole reaction to the discovery of the murder weapon was confusing.

I love Lily Rabe, but throughout the show, it seemed a little odd how much time we were spending with Grace’s best friend Sylvia, who also happened to be an attorney. For the most part, the show stayed laser-focused on the murder and the surrounding fallout, so Sylvia’s scenes always felt a little random. For this reason, I noticed a decent amount of speculation that she could have been somehow involved in the murder. This always seemed a little far-fetched to me, and clearly it didn’t end up happening, so why did we spend so much time with Sylvia?

In the finale, she played a key role in Grace’s masterful takedown of Jonathan by slipping some key info to the prosecutor, but I still thought her scenes were building up to a bigger final moment. If there’s any kind of spinoff I’d like to see from this show, it would be centered on Sylvia, because I have a feeling she also has some secrets up her sleeve.

One of the more shocking revelations earlier in the series was that when he was a teenager, Jonathan’s little sister died while he was supposed to be watching her. Jonathan’s admission that he “killed the family sister” felt off-putting from the start, and I still don’t feel like I got enough closure in terms of his mental state. Of course, Grace’s creepy phone call with her mother-in-law ended up being key to her testimony, but the idea that Jonathan was a sociopath, or had narcissistic personality disorder, seemed to come up only when it was helpful in advancing the plot. By all accounts, Jonathan actually loved Elena, and it seems like his relationships with Grace and Henry were pretty solid before all of this mess started. If Grace, a clinical psychologist, was married to this man for 15 years, wouldn’t some alarm bells have gone off before he was on trial for murder?

Okay, so this is more of a petty thing that just felt off to me. In the climactic final scene, Grace and her father join the chase for Jonathan and Henry via helicopter, just in case you forgot how rich they are. Ultimately, they land the chopper in the middle of the bridge, which I just can’t imagine is actually allowed. I’m not an expert on helicopter regulations, but I feel like one of the many police officers in the vicinity would have at least written them a ticket. And then, after Grace rescues Henry, they just immediately hop back in the ‘copter and fly away. I’m sorry, but the police 100% would’ve made Henry stay there and at least answer some questions. I don’t know how being rich works, but there’s no way you could get kidnapped by your fugitive father, and then almost get killed by a truck, and then almost fall off a bridge, and the cops don’t even detain you for a quick chat. But on a less nitpicky note, I absolutely want to rent a Blade so I can reenact this scene.

After watching the first episode of The Undoing, I was really unsure of whether I liked it, mostly because I found Elena’s energy kind of unpleasant. As we know, she didn’t last long, and honestly I started enjoying the show more once she was gone. But I still want more answers about her behavior in those last couple days before she died. In the finale, we saw a flashback of her telling Jonathan about how she was getting closer to Grace, which he clearly didn’t like. But while attending committee meetings together and talking at parties is one thing, I really need to know what the f*ck was up with that scene at the locker room, where Elena was fully naked while talking to Grace for like, five minutes. Grace was clearly uncomfortable (same), and for a while, I thought the show was going to be more focused on Elena being a creepy stalker. That never materialized (probably because Jonathan smashed her face with a hammer), but looking back, that first episode feels weirdly disconnected from the rest of the show.

Amid all the plot twists later in the season, I almost forgot about one of The Undoing’s biggest red herrings: Grace’s late-night walk right past Elena’s studio. The security camera footage of her right by the crime scene cast doubt on Jonathan’s guilt, and was really the only reason it ever seemed like Grace could’ve been the killer. But this line of thinking never went anywhere, and Grace’s “I just went for a walk” explanation feels like a weak resolution for a plot twist that was so clearly contrived to make us think she was involved.

Overall, I enjoyed The Undoing, but I think they maybe tried to do a little too much in six episodes, and we were left with a lot of loose threads that never got tied up. But if anyone at HBO is reading this, that doesn’t mean we need a second season—some things are better off being left alone.