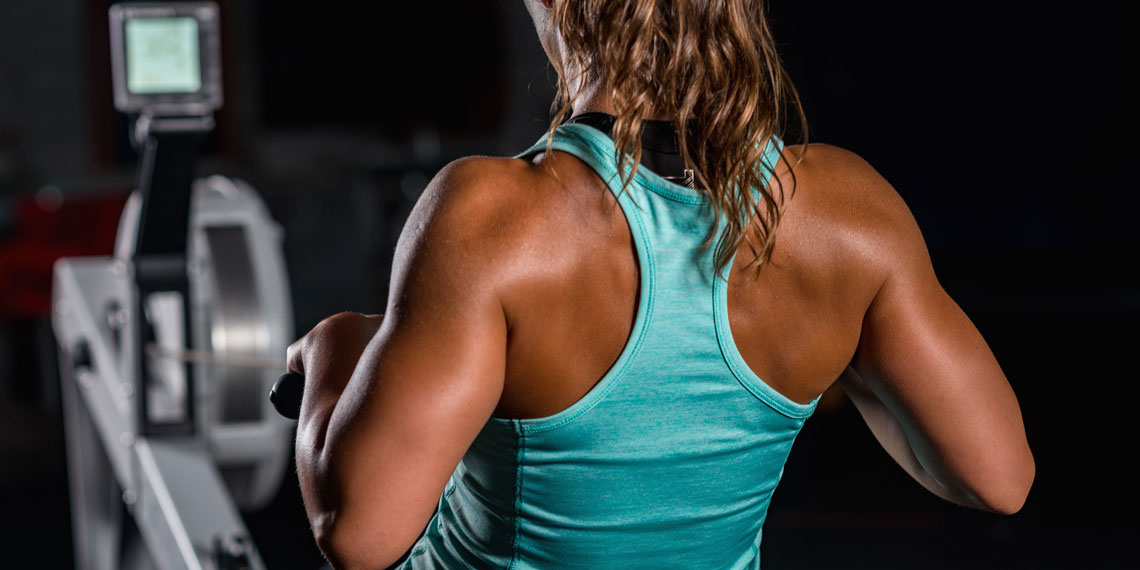 I feel like I’m constantly hearing about how gym machines are useless, ineffective, and a waste of time. However, this is, like a lot of other things you read on the internet, a huge exaggeration. Yes, some exercise machines are less effective than body weight or free weight exercises. But, part of that level of efficacy is based on how you’re actually using those machines. The designs of lots of exercise machines out there are flawed, and allow you to be “lazy” even while working out. Consequently, using machines can make you believe you’re getting in a great workout when in reality your workout is subpar. For example, when I get on the elliptical for 40 minutes and “work out” while simultaneously making in-depth weekend plans in my group chat and barely breaking a sweat, I can justify and tell myself I had a great workout. When, in actuality, my lack of sweat and fatigue post-workout tell me otherwise. The exercise machines that follow take away the option to f*ck around during your workout, and therefore provide a much more effective use of your gym time. Here are five machines at the gym that you’re not using, but should be.

Rowing is all about POWER and PATIENCE. Let your legs take the lead. What other great tips have the coaches given you during #OrangeVoyage?

When using the rower, focus on your stroke rate and the total distance rowed, rather than a set amount of time on the machine (like I used to do). Honestly, I used to just get on the rower and “row” for approximately two minutes and then get off because, tbh, I had no clue what I was doing. I thought the fact that I even sat on the machine meant I had a solid workout but like, obvi that’s not the case. Since I’ve started taking Orange Theory classes, I’ve learned how to get an effective, sweat-inducing workout on the rower by using the proper form. That being said, in order to get the most out of a rowing workout, be sure to familiarize yourself with the proper form prior to heading to the gym. This way, you won’t only look like a pro, but you’ll also be set up for a pro-level workout. BTW, using the rowing machine for 30 minutes at a moderate pace can burn 210 calories for a 125-pound person, and the best part is you get a full-body workout from it.

Never thought I’d say this but I love the stairmaster! Try these 4 new moves next time you’re avoiding it at the gym. Do 1 min each kind and keep rotating! I do this for about 30 min then I hit the weights after! ? #Blogilates

Okay, you might already be using this machine but like, are you actually using it? Trust me, just like I’ve had my fair share of two-minute stints on the rower, I’ve attempted a StairMaster or two in my day. However, little did I know you can get much more from your StairMaster workout by doing different types of moves while on the machine, like the ones laid out in the video above. Not only does doing a variety of moves give you a better workout, it also eliminates boredom from doing the same mundane stepping motion for 20 minutes straight. If you’re just straight using the StairMaster, you can still burn a good amount of calories—someone who weighs 160 pounds can burn about 360 calories in 30 minutes, so yeah, it’s worth sticking with it for more than two minutes.

For anyone that has been following me for some time, you’d probably know that in the last 6 months I’ve changed from being a ‘yoga only’ kinda girl to adding weight training and other gym based stuff into my routine. I LOVE feeling strong and it’s been such an enjoyable addition to my lifestyle that often I find myself choosing strength training over yoga. Balance is hard! ⠀ So anyway, it’s been a little less – maybe 5 months – that I’ve been determined to learn to do a pull up (or chin up – I’ll take what I can get!). Literally the hardest thing my body has ever tried to do and the fact that I’m still not there is something I hadn’t expected… but it’s a good job yoga taught me that some things take time. And a lot of it. So here I am STILL working on my pull ups so I thought I would share my favourite ways to practice them for anyone else who is trying to be a badass. ⠀ 1️⃣ Assisted pull up machine. Lots of flaws in this machine and people bang on about not using it BUT it’s bloody fun to use and in my opinion if you can make the muscles burn, it’s doing a damn fine job ?? 2️⃣ Inverted Rows – so much harder than they look ? The more you walk your feet in, the harder they get. Powerful on the up, slow on the way down. 3️⃣ Holds & Eccentric Lowers – probably my least favourite cos they’re so damn hard ? Hold at the top of the pull up and then lower and slowly as you can. I have to use a band for a pull up, I’m not strong enough to hold myself at the top yet. But chins I’m a little stronger ?? 4️⃣ Resistance band reps – obviously thicker bands will make it easier. So try to use a band where it’s hard by your 5th rep (ish) ⠀ And then repeat the above many, many, many times ? I think I started trying to learn these in May or June, so I’m hoping that by May/June 2019 I might finally get there…. watch this space. ⠀ ⠀ ⠀ ⠀ ⠀ #pullupprogression #pulluppractice #pullup #chinup #gymgirls #aloyoga #notjustayogi #yogastrong #strongwomen #girlswithmuscle #gymmotivation #fitnessmotivation #yogaleggings #crosstraining #assistedpullups #blondegirls #gymspiration #gymgoals #getstrong #strengthgoals #yogaforstrength #yogagirls #yogainspiration #igyogacommunity

This machine is a lot less intimidating than the regular non-assisted version, because it eliminates the risk of straight-up embarrassing yourself with your lack of arm strength. Pull ups and dips are difficult af, and require some serious upper body strength, which personally, I don’t have. That being said, the assisted version of this machine is an awesome alternative because it allows you to still get the benefits of the exercise without having to already have the strength necessary to even attempt the workout in the first place. Additionally, it allows you to gradually add weight, so you can continually build up your strength over time. A pro tip a girl at the gym once told me: the more weight you put on, the easier it is to do the dip. If you want more of a challenge, you actually want to put less weight on. Don’t ask me why—something about resistance? IDK. The assisted dip machine isn’t a cardio machine, so it’s not really for blasting calories—more for toning and strength training.

The captains chair; studies have shown that the captains chair has some of the best muscle activation in your core when performing leg raises. So if you want to get the most out of your core training then add these in! ——————————————————————- ✔️ If you can’t use straight legs, bend the knees and tuck up to your chest ✔️ Slow and controlled movements ✔️ Don’t let your shoulders rise, keep your shoulder blades down, chest up and back against the padding ✔️ 3-4 sets of 8-10 reps ———————————————————————— #afitterexistence #you2.0 #abs #coreworkout #coreexercises #sixpack #corestrength #bejuststrong #personaltraining #onlinetraining #captainschair #girlswholift #abworkout #gymnastics #gym #fitness

If you’re like me, you’ve seen this machine at the gym and wondered how the f*ck you use it. You may have even been as bold as to have attempted to use it…and then quickly ran away from it once you realized you had no clue what you were doing. However, if you actually do know how to use this machine, it can be a great and effective workout for working your abs, hip flexors, and obliques. This is another machine that requires proper form in order to get the maximum results from the workout, so prepare yourself by watching videos for tips on form and adjustments for beginners.

Usually when I use a bike at the gym, I use that low-to-the-ground one where you feel like you’re just lounging as you mindlessly pedal. You know, so I can just sit there and text the entire time. Surprisingly though, my lame excuse for a workout on this bike is not the most effective use of my time. Instead, it’s much more effective to use the air bike, which gets your arms involved for a full, total body workout. (While also eliminating the option to text and bullsh*t your whole workout.) It provides a great cardio workout that doesn’t allow any room for slacking. Which, for someone with my lack of self-discipline, is a huge plus. And it’s not just me saying that—you can burn 1.5 times more calories on an air bike than a regular stationary bike.

If you can conquer the treachery of just getting yourself to the gym, then you might as well know which machines to utilize for your most effective workout once you’re there. Sure, machines can be intimidating af, but that’s why I recommend watching some quick step-by-step tutorials for proper form, and even for workout plans for specific machines. Like, if you’re going to do the hard work of actually getting yourself to the gym, you might as well put the group chat on mute for an hour and actually get some benefits from your workout, right?!?!? Right.

Shannon McCormick (previously under the alias of 'Betch Dressed') is a self-proclaimed fashion expert with a sick obsession for Vanderpump Rules. She primarily writes about everything fashion, but also dabbles in other areas because she's a talented overachieving Virgo. Follow her on Insta (@shanmccormick) and comment/DM topics you want to hear her sassy (but like, supes knowledgeable) opinions on next!