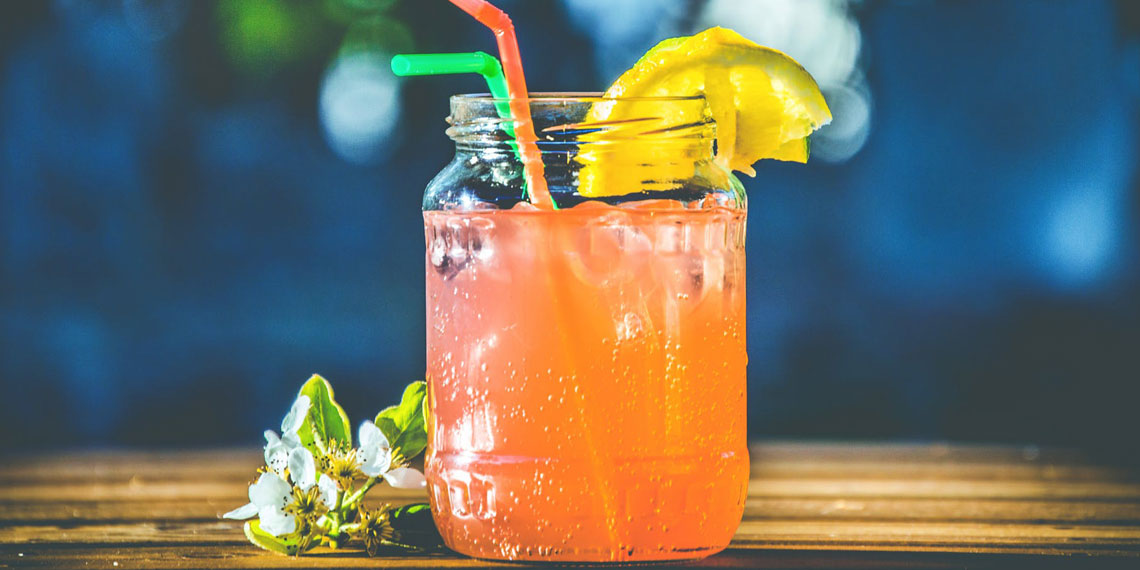 Unless you’re like, a Stepford Wife in training, the odds that you’ve promised to bring “like, really cute cocktails that will get us so drunk” to a dinner, pregame, or pool party, and then totally dropped the ball are pretty high. If you are a Stepford Wife-in-training, I’m going to need you to stop taking Snapchats of the mildly interesting meals you cook for dinner and captioning them “wife me.” If you’re like the rest of us, read on.

Nearly every single time I’ve ever promised to bring a cool drink to a get-together, I’ve spent an hour at work scrolling through Pinterest, saving ambitious cocktails, and forgetting about them when I realize that someone’s probably watching me. Then, the event rolls around, and I’m already like, 20 minutes late, and have no interesting ingredients. I have found myself at so many bodegas, convenience stores, and even gas stations, desperately typing in the depressing selection of ingredients I saw in front of me into the Pinterest app with the word “cocktail” behind them. So here are some of the tastiest summer cocktails you can make when you are somewhere that doesn’t even sell tampons with plastic applicators, let alone triple sec or peach schnapps. Oh, and, all of these recipes make enough to fill a pitcher. You’re welcome.

Literally just pour a bottle of prosecco into a pitcher and add a bit of Malibu and pineapple juice. Feel free to play around with the proportions, but note that this basically tastes like a bubbly Capri Sun so you will end up texting someone you shouldn’t.

Sangria is a solid option, because it’s such a vague kind of drink. I mean, what even is sangria? Just wine with a bunch of other sh*t poured into it? I think so. Anyway, this recipe is just a light suggestion. You can basically throw anything into a pitcher of wine and let it sit for like, four hours, and it’ll be decent. For the wine selection, I’d advise a dry white wine or even white zinfandel, because even liquor stores with the lamest selections will have a box of Franzia or a bottle of Barefoot White Zinfandel. It’s just a fact of life.

Okay, so there are plenty of ways to make a Paloma, but if you’re just swinging by a corner store, you probably don’t have time to find all of the garnishes or actual grapefruit juice. This recipe will make a pitcher of Palomas. It calls for the juice from six limes, but like, if you’re swinging by a bodega last minute on a Friday night, your options may be limited. It’s totally fine if you just grab however many you feel like slicing and use them for garnishes instead.

Wine spritzers are another really great cocktail to make when you’re totally unprepared because again, what even is a wine spritzer? They can truly be as half-assed or as extra as you’d like. Just dump a bottle of wine into a pitcher, and then throw in some seltzer and lemon or lime wedges. If you’re in the mood to blackout, you could even use a Spiked Seltzer.

Guess what? This recipe doesn’t tell you how much of anything to use because it’s not a real recipe. It’s basically a non-disgusting version of the Redneck Margarita from Queer Eye. I literally just once texted my dad from a gas station while I was on my way to visit friends because I had promised to bring stuff to make margaritas, and forgot to. (Save the judgment. This is who I am as a person. Back off.) He was like “IDK, just throw some coconut water, pineapple juice, and tequila into a shaker and pour it in a cup. And also, when’s the last time you got an oil change?”

Anyway, another gem I learned from this phone call was that you can actually just use two solo cups as a shaker. Because, obviously, I do not have my life together enough to carry a shaker everywhere I go, and you probably don’t either. Sorry.