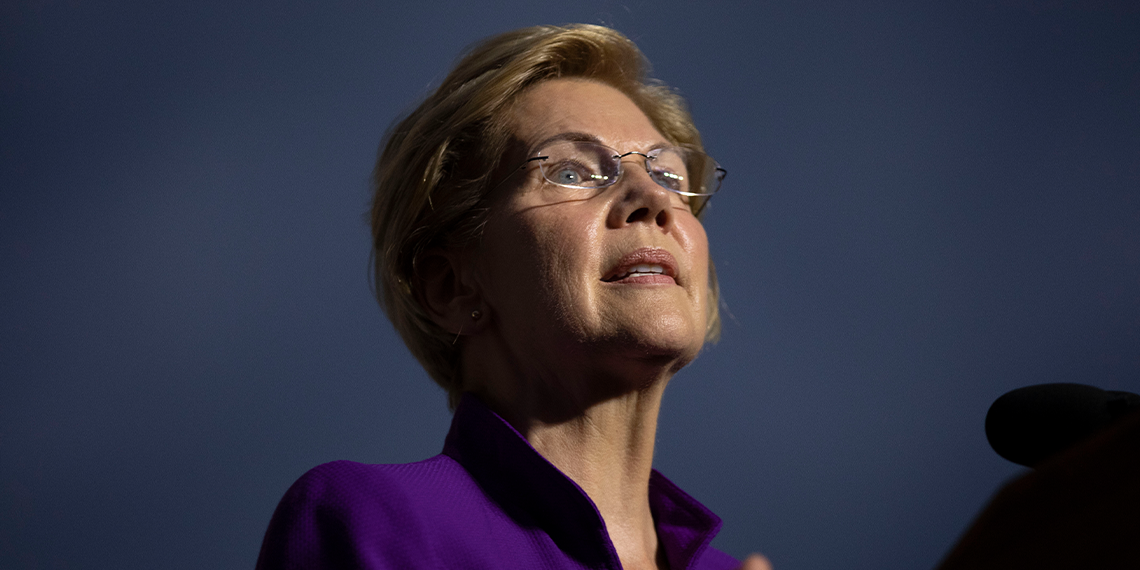 Why We Needed Elizabeth Warren

It was pretty clear, even before Super Tuesday, that Elizabeth Warren was not going to be the Democratic Party’s nominee. Whatever Crest 3D Whitestrips-induced spell Joe Biden cast over the people of South Carolina that spread faster than the Coronavirus into the campaigns of both Buttigieg and Klobuchar pretty much solidified that. I knew it was a long shot, but I was still excited to cast my vote for a female candidate that I truly felt was the best person for the job.

On Sunday night, two days before I would vote for Warren, I was chatting with my ex-boyfriend about the election. Which I recognize was probably my first mistake. He tried to convince me to switch my vote to Bernie. At the time, I was a little annoyed but mostly just glad that, as his EX-girlfriend, I could argue with him without having to worry about the impact it would have on an already fragile and clearly unhealthy relationship. But now, after a Tuesday that most can agree was not-so-f*cking super, I’m pissed.

And I’m not the only person who had to fight off a Bernie bro trying to bully them into changing their vote. So for those of you who, like me, are angry that Warren is out and could use some commiseration, or for those of you who, like my ex, are angry that she didn’t drop out sooner, here is a list of reasons why Warren’s candidacy was f*cking important and it’s a god damn shame that she’s gone.

Me to everyone who said Warren wasn’t electable.

I mean seriously America. How did we go from the most diverse cast of characters candidates in a presidential race to two men who if you squinted and tilted your head just right, could be the same person on different days? One post-spa visit that offered half-price tanning and teeth whitening packages, and the other post-night of literally being the old man who went to bed and bumped his head and couldn’t get up in the morning.

Yes, Warren is white and 70—she’s not the most representative of the diversity we need to see in American politics. But she IS a woman who, in addition to being a fashion icon for every girl who has ever wanted to wear exclusively all black with just a pop of color—was able to get a point across during a debate without yelling, completely losing track of a thought, confusing his sister for his wife, or being compared to a communist dictator.

May I remind you:

She could have beaten Trump

I’m not entirely convinced Trump will, under any circumstances, leave the White House in 2021. I wouldn’t be surprised if he glued himself to the chair in the Oval Office and just whined “mine” until we all gave up trying. But, of the three valid candidates still in the race on Tuesday— Biden, Bernie, and Warren (Bloomberg doesn’t count because according to Wikipedia Warren killed him during the Las Vegas debate, and Tulsi doesn’t count because no explanation needed)—I honestly feel like she had the best chance to win.

Trump and Russia clearly want Bernie to be the candidate, which is a red flag that no one, not even someone like me who throws herself into red flags like a slalom skier who forgot how the race works, should ignore. And Biden? Did everyone just forget that Trump basically won Impeachment, a game in which Biden was implicated in foul play? Do we think this is going to end up working out for us? Let’s ask the man himself:

Doesn’t instill a ton of confidence.

Please, look me in the eye and tell me Warren is less electable than those two and say it with a straight face without recognizing that you are being just like, a little bit sexist…which brings me to my final point:

Are we just supposed to be okay with how sexist this is?

Even my Bernie bro ex thinks Warren was the most qualified candidate. He agrees most strongly with her policies, and thought she would make the best president. But he and so many others like him had no intention of ever voting for her because “she wouldn’t win”. The “it’s not that I don’t want a female President, I just don’t think the rest of America is ready for it” argument. It’s a self-fulfilling sexist AF prophecy, and now we all have to live with those people saying they were right. I’m starting to feel like the ceiling was made with bulletproof glass and everyone is so wrapped up in Hilary 2016 PTSD that they won’t even let us try to break through.

so solid you can feel your head banging on it.

Eventually, I will rally behind whoever the Democratic nominee ends up being, and I’ll rally hard. But for just a little while I am going to wear all black with just a pop of color and sit shiva for the loss of Elizabeth Warren from the top of our ticket.