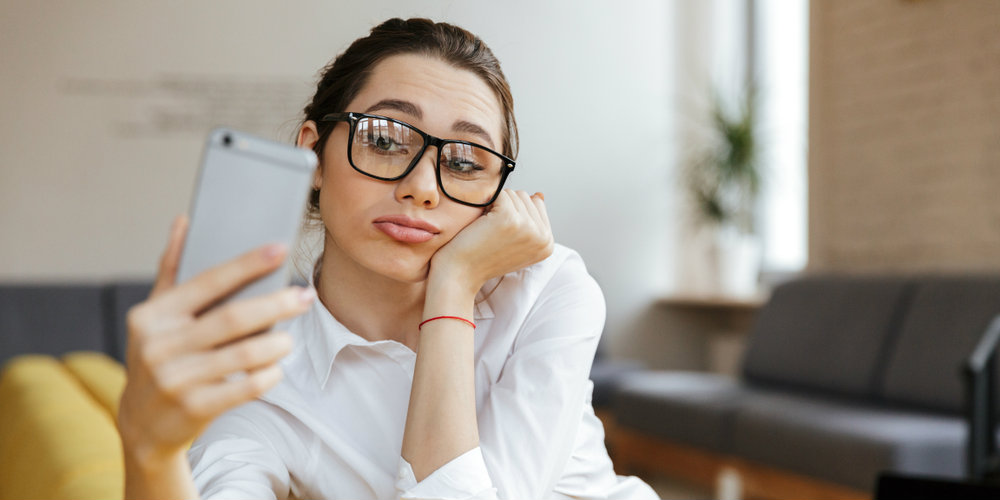 Science Has Figured Out Why Your Selfies Look So Bad

I’ve never taken a selfie. Well, that’s not true—I’ve never posted a selfie. I’ve taken lots, of course, it’s just that they always look like ass. I always assumed it was just because my face was broken—a little too wide, a little too round, etc. It was never that big of a deal to me, because a) men who take a bunch of selfies should be jailed, and b) I figured that people who post lots of selfies probably spend the bulk of their free time (these people never have jobs) finding the right shots. I never searched for an explanation as to why selfies look bad, I just assumed that’s how the world worked.

As it turns out, as usual I was right: people do have a hard time taking selfies, and my face is just as handsome as my mom tells me it is. But much to my dismay, new research finds that it’s not out fault our selfies suck—it’s the fault of our dumb ass cellphone cameras. From JAMA Facial Plastic Surgery:

The selfie, or self-photograph, has rapidly become one of the major photographic modalities of our time; in 2014 alone, there were over 93 billion selfies taken on Android phones per day.1,2 Despite the ease with which selfies are taken, the short distance from the camera causes a distortion of the face owing to projection, most notably an increase in nasal dimensions.

As the Washington Post explains in a follow-up article, our phone cameras don’t work like mirrors. Instead, they can distort the image at short distances (like where selfies are usually taken from), with the facial features looking bigger than they actually are. According to CNN, the nose in particular can look up to 30% bigger than it actually is.

That’s not surprising, and maybe even a little bit of a relief. The solution is to have someone else take your picture like a normal fucking person, or (God forbid) use a selfie stick to create some space between you and the camera. But what’s really funny is that people don’t know this, and thousands of idiots are going under the knife for the noble cause of looking better in their profile pics. Not just a few people, either—literally most of the ones who get facial plastic surgery. This is part of a statement from The American Academy of Facial Plastic and Reconstructive Surgery (emphasis mine):

For better or worse, “selfie-awareness” is more than a fad. In 2017, 55 percent of facial plastic surgeons saw patients who want to look better in selfies in their practices (up 13 percent from 2016). First identified by AAFPRS members more than three years ago in the annual survey, the trend continues to gain steam and transform the facial plastic surgery industry.

“For a few years, AAFPRS members have been at the forefront of this trend,” says AAFPRS President William H. Truswell, M.D. “More and more of our patients are using social media as a forum to gain a sense of solidarity when under-going a major, potentially life-changing procedure. Consumers are only a swipe away from finding love and a new look, and this movement is only going to get stronger.”

55%. God, that’s incredible. A generation from now, the world will be nothing but people walking around with impractically small noses that look normal in photos. Then, people will start choosing breeding partners based on nose size, so they can maybe save some coin and avoid having to get their babies nose jobs. The noses will get smaller and smaller, until eventually it’ll just be normal for people to have all kinds of upper respiratory issues.

People are eventually going to turn into pugs, is what I’m saying. Can’t happen fast enough!