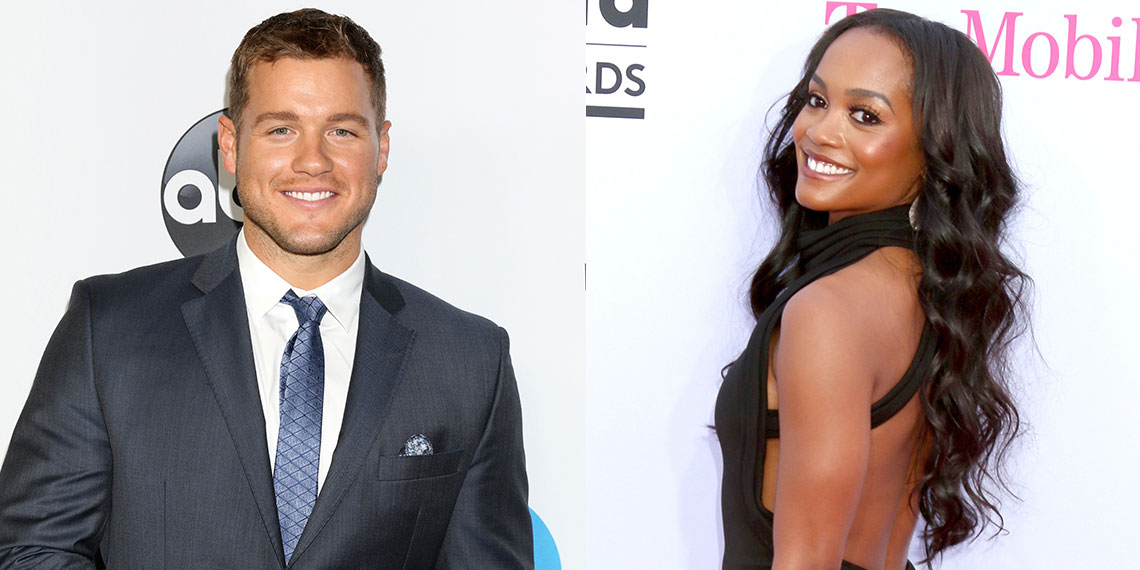 Why Colton Underwood And Rachel Lindsay Are Feuding

We might be deep in the off-season for the Bachelor franchise, but that doesn’t mean the drama is taking a break. Bachelor Nation is still being just as messy as ever on social media, and today we have a random AF new feud to discuss. Somehow, some way, Colton Underwood and Rachel Lindsay are feuding, and I have a lot of questions. Let’s go over what we know.

To understand what’s going on with Colton and Rachel, we have to go back to the recent drama with Rachel and Raven Gates. It’s been a couple weeks since the story of Rachel and Raven’s falling out went public, but we’ve still never gotten details. Trust me, we’ve tried. Something obviously happened, but we will probably never find out what, and that’s beside the point right now. When Us Weekly posted about Rachel and Raven, Colton couldn’t resist giving his opinion in the comments.

As a quick little refresher on the Bachelor timeline, Rachel and Colton were never on any shows together, so it’s unclear what their actual relationship is like. Of course, all of the people in Bachelor Nation are interconnected, so it’s no surprise that these two know/know of each other, but Colton clearly has some beef with Rachel.

Colton later clarified his comment to Us Weekly with the following statement: “I’m not weighing in on the Rachel/Raven drama. I could care less about that, not my business. What is my business is the countless number of times she’s spoke poorly of me … including that time she ran her mouth about me to Cassie… Funny thing is I have never met her.”

Okay, so they’ve never even met each other? Honestly, who has the time to be this petty? Obviously, Colton’s comments only gave us his side of the story, and on Wednesday, Rachel finally spoke on the issue. She went on online talk show Whit & Ry, where she said that she’s too busy to focus on Colton: “I’m so confused as to why he thinks I ran my mouth. It’s so petty to me. As much as I wanted to go at him in the comments section, I just thought, ‘You know what? Excuse me. I need to go interview Oprah Winfrey.’ That was literally my mindset. I don’t have time for this.”

For reference, Rachel interviewed Oprah last week on the red carpet at the opening of Tyler Perry’s studio while working for Extra. Good for her, because I would kill for the ability to even breathe the same air as Oprah. But aside from that, she was adamant that she’s never spoken poorly of Colton to Cassie or anyone else, and she doesn’t understand why he’s coming for her.

She continued, inviting Colton to come on her Bachelor Happy Hour podcast to hash out their issues: “I would love for Colton to actually come on the podcast because what I’m not going to do is entertain you in the comments section of somebody else’s post. What I will do is have a grown-ass conversation with you and we can talk about it, but what I don’t appreciate are the accusations being made because I believe he said I ran my mouth to Cassie.”

Rachel also said that Cassie follows her on Instagram, and that she would “never tell another woman not to be with a man unless I had some type of relationship with her.” Basically, Rachel says that she’s met Cassie before, but doesn’t have any kind of friendship with her where she would comment on her relationship with Colton.

Rachel might not understand Colton’s problems with her, but Colton definitely paid attention to what Rachel had to say, and he responded on Twitter on Wednesday night:

I’ll come on your podcast Rachel. One condition: ask your producer to leave it raw, unedited and untouched. Looking forward to meeting you & pointing out your hypocrisy over the last year. https://t.co/O3yuMYa5Yd

What does Colton think is happening here?? Either there’s some major information we’re missing here, or Colton is overly concerned about Rachel making him look bad. What does he have to say that would be mysteriously edited out of the final podcast? I need to know more about Rachel’s alleged hypocrisy, because if it’s as bad as Colton makes it sound, then there’s a lot of behind the scenes sh*t going on.

All I know is that if this podcast appearance actually happens, it might be the one time I actually tune in to Rachel and Ali’s podcast. I really hope Colton goes on the show, because there’s been a Bachelor-sized hole in my heart since Paradise ended. Spill all the tea, please!! There’s nothing I love more than a tense interview, and I have a feeling Rachel and Colton aren’t going to be super comfortable together. Fight, fight, fight!!!

Betches reached out to Colton Underwood, and he declined to comment for this article.