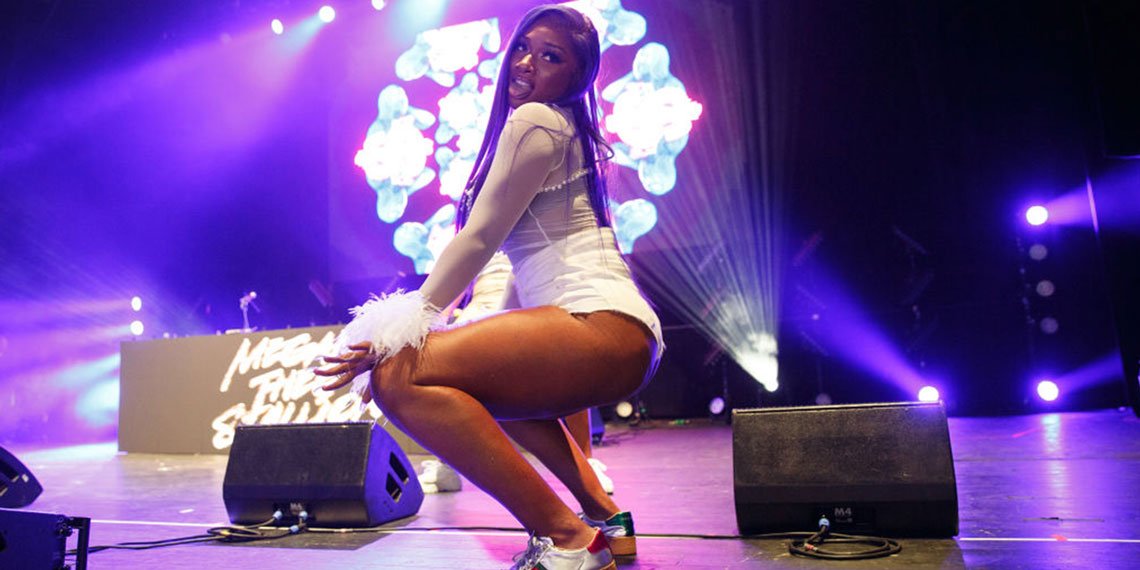 Who Is Megan Thee Stallion? 5 Things To Know About The Hottest New Rapper

If you pay attention to music at all, chances are you’ve been hearing a lot about Megan Thee Stallion lately. And if you haven’t, well, you’re welcome, because I’m about to change your life for the better. It’s tough to keep up with all of the up-and-coming artists in the music industry, but Megan Thee Stallion is definitely one who needs to be on your radar. “Who is Megan Thee Stallion?,” you ask. Well, to start, she’s a 24-year-old rapper from Houston, TX, and she’s on a mission to take over the world. She’s been steadily grinding since 2016, and this year, her career has really blown up with her first major project being released. Now, Megan has gone especially viral with the spread of the Hot Girl Summer meme, and it’s time that the whole world knows exactly who she is. Here are five things you need to know about Megan Thee Stallion.

Her Mixtape Needs To Be On Your Pregame Playlist

Megan has been making music for a few years, but she really arrived this year, with her first full-length mixtape, Fever, dropping in May. It debuted in the top 10 of the Billboard charts, and has gotten rave reviews from basically every publication, including as a New York Times critics’ pick. The mixtape is the perfect combination of intricate lyrics and amazing beats, and it’s clear from the jump that Megan didn’t come to play around.

If you’ve been unleashing your inner Hot Girl Summer lately, you have Megan Thee Stallion to thank. Her nickname has been Hot Girl Meg for a while, and her recent song “Cash Sh*t” helped to kick off the biggest trend of the summer. I wrote a more detailed explanation of the Hot Girl Summer here, but it’s basically all about living your best life and being a bad bitch.

Megan’s attitude in her music and on social media is all about feeling yourself, whether it comes to how you look, your professional successes, or whatever is happening in your personal life. Life is too short not to be a Hot Girl, and Megan knows it.

Her Talent Is No Joke

As fun as Megan’s Hot Girl schtick is, don’t let it overshadow the fact that she’s an incredibly talented rapper. Her new mixtape Fever shouldn’t leave any doubts, but this freestyle that she posted on her Instagram yesterday is fierce as f*ck. Megan doesn’t hold back with her raps, and her flow is mesmerizing to keep up with. With freestyles like that, people won’t be asking “Who is Megan Thee Stallion?” for long.

I’ll be excited to see what she does next, now that her resources and connections in the industry are rapidly expanding. I could easily see her having Cardi B and Nicki Minaj levels of success, because she has the talent to back up her amazing attitude.

I miss being on campus lol I think I’ll start regular classes again in the fall ? (for those who don’t kno I had to start online classes since I started getting so busy)

Megan is booked and busy lately, but she’s still focused on finishing her education. After taking some time off from school, she returned to online classes at Texas Southern University earlier this year. She’s acknowledged to Atlanta Black Star that it’s gotten harder to keep up with her coursework since getting big last year: “Now that I have something to do almost every day, it is pretty difficult. So I’m just doing my best. I’m trying to tell my classmates, ‘Look, y’all, send me my homework.'”

Despite the challenges that come along with juggling fame and college, her recent Instagram above shows that she’s dedicated to getting her degree. I’m impressed with the dedication, considering that I wasn’t famous in college and could still barely drag myself to class.

Despite the legacy of successful female rappers going back decades with people like Missy Elliott and Queen Latifah, it’s still a completely different game for men and women in rap. When Megan was signed to 300 Entertainment last November, she was the first female rapper ever signed to the label. She was recently announced as a member of this year’s XXL Freshman Class, an annual list of the biggest up-and-coming rappers. She’s one of three women on this year’s list, which, sadly, is way more than usual.

Who is Megan Thee Stallion? Now you know she’s 100% that bitch. Keep an eye on Megan, because she’s not going anywhere. In the mean time, have the best, hottest summer ever, and don’t forget to give Fever a listen. Hot Girl Meg demands it.