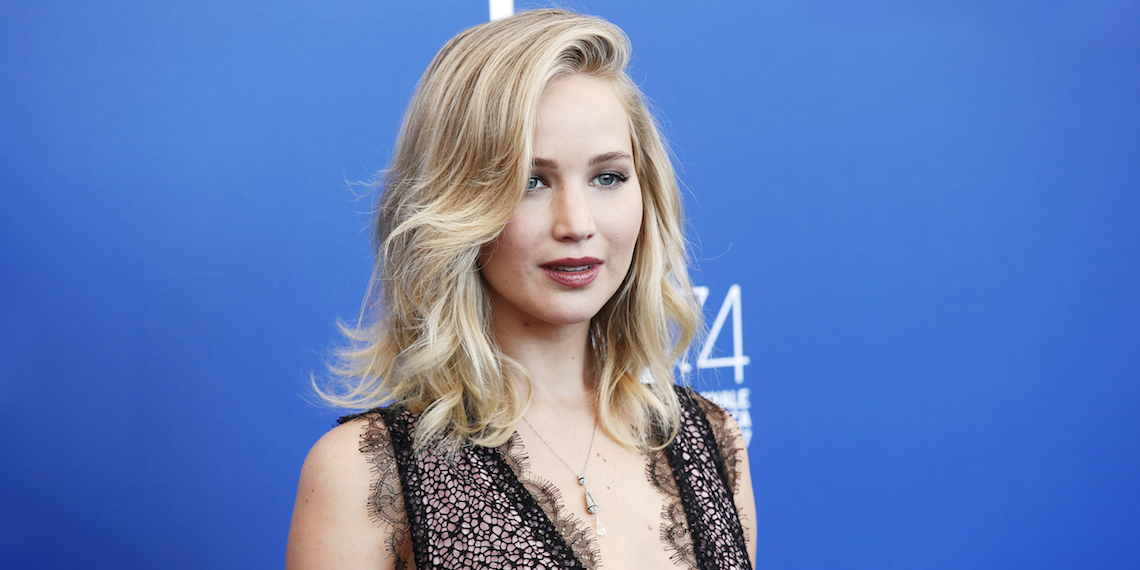 It’s been a while since I’ve thought about Jennifer Lawrence, and honestly, it was a nice break. She’s taken a couple years out of the spotlight, which was enough time that I’m no longer annoyed at the thought of her relatable girl schtick. Good thing, because JLaw is back, and she’s engaged. We’ve known for a while that she was dating Cooke Maroney, but their engagement seemingly came out of nowhere. So who is Cooke Maroney, other than that a white man with two last names? Let’s discuss.

Cooke Maroney is an art gallery director, which is one of those occupations where, like, I know it’s a real thing, but it still sounds kind of fake and sketchy to me. Other examples: fashion photographer, executive chef, and jewelry designer. I don’t know why, but I imagine that all of these people have scandalous pasts and dark secrets. Allegedly. But yeah, so Cooke is the director of the New York gallery Gladstone 64, which looks absolutely beautiful based on the pictures on the website. One of Gladstone’s artist clients is Lena Dunham’s father, because everything is weird and connected.

Cooke is 33 years old, which is a sensible five years older than Jennifer. It’s crazy that she’s still only 28, considering that it feels like she won an Oscar a decade ago. Okay, it was actually in 2013, but close enough. She’s not that old. She and Maroney have been dating since last June, when they were introduced to each other by Jennifer’s best friend Laura Simpson. At the time, they were seen out and about together, but no one had any real idea whether things were serious or not.

Most importantly, Cooke Maroney has a private Instagram with less than 2000 followers. When a rando is dating someone super famous, there’s no quicker way to judge their intentions than social media thirst. Based on his distinct lack of Instagram desperation, it would appear that Cooke is definitely here for the right reasons. Jennifer famously only uses Instagram through a secret finsta, so Cooke’s low-key presence is probably the ideal vibe for her. Congrats Jen, it looks like you’ve landed a keeper.

JLaw’s reps have confirmed that she’s engaged to Cooke, but we don’t have any details about when the wedding will happen, or what it will be like. If I had to guess, I would say lots of A-listers will be invited, including Amy Schumer, Emma Stone, and Brie Larson. I wouldn’t bet against a few Real Housewives making the list as well, because Jennifer has been open about her obsession with Bravo. Or I could also see her having the world’s most low-key wedding in, like, Upstate New York or something. We still don’t know too much, but this is a good starting point. Now at least when your friends are like “Who is Cooke Maroney?”, you can provide all the information they need.