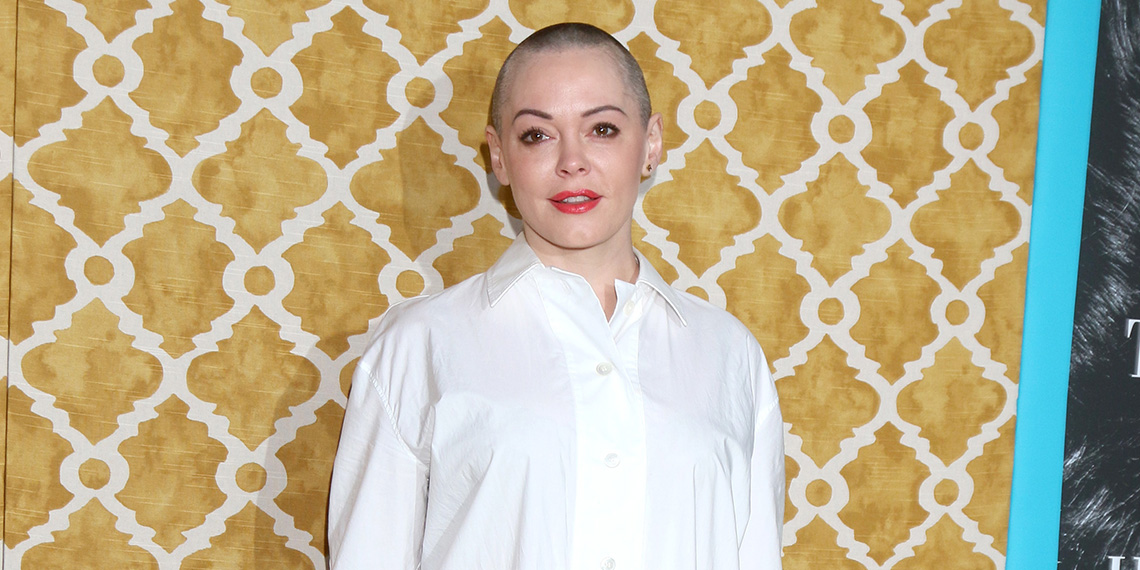 What Year Is It? Rose McGowan & Alyssa Milano Are Feuding On Twitter

I really didn’t think I would have a reason to be writing about Charmed today, but you never know what life will throw your way, especially in 2020. In the last few days, there’s been a lot of drama brewing on Actress Twitter, and we desperately need to break it down.

It all started on Thursday night, just after the Democratic National Convention concluded with Joe Biden’s acceptance of the party’s Presidential nomination. Rose McGowan, never shy about expressing her opinions, hopped on Twitter to share her view that Democrats haven’t accomplished anything. In the tweet, she called out a lack of progress on poverty, racism, and helping children, blaming the Democrats for Donald Trump’s popularity.

What have the Democrats done to solve ANYTHING? Help the poor? No. Help black & brown people? No. Stop police brutality? No. Help single mothers? No. Help children? No. You have achieved nothing. NOTHING. Why did people vote Trump? Because of you motherfuckers.

Unsurprisingly, this was a controversial statement, and a few people criticized McGowan for her harsh assessment of the Democratic Party. Before we get to the Alyssa Milano of it all, we also need to discuss Patricia Arquette’s involvement. In a reply to McGowan’s tweet, Arquette pointed out several Democratic achievements, including LGBT marriage and the Violence Against Women Act. McGowan then responded several times to Arquette, first telling her to “f*ck off,” and then criticizing Arquette’s displays of activism at awards shows.

Go wear another black dress to an awards show, go make another vacuous speech into an echo chamber of fellow wealthy liberals in Hollywood. My family fought for the Democrats for years, still do. Do not lecture me. https://t.co/FJmDHWVpDC

The Patricia Arquette tweets were like an appetizer, but the Alyssa Milano drama is the main course. Milano worked with Rose McGowan on Charmed for years, but clearly there’s no love lost between the two. In a separate thread (with a shady screenshot of McGowan’s tweet), Alyssa Milano listed many things Democrats have accomplished, beginning with (white) women’s suffrage. Over the course of two dozen tweets, her thread listed many Democrat-led policies from the past century, including the New Deal, the Voting Rights Act, and the Affordable Care Act. Finally, she addressed Rose McGowan, and others sharing similar views, directly:

Rose and anyone bleating the same “dEmOcRaTs DoNt HeLp PeOpLe” nonsense, your lies are going to hurt people less privileged than you. It’s the kind of thing an ACTUAL fraud would do. Thousands of people are dying a day but you go on with your hyperbolic attention seeking tweets.

Rose McGowan responded to Alyssa’s first tweet, correctly pointing out that women’s suffrage only secured the vote for white women, and including a Marilyn Manson quote: “I was not born with enough middle fingers.” But that last tweet from Alyssa was the one that really set Rose off. I guess Rose McGowan doesn’t take kindly to being called a fraud.

She fired back with her own tweet thread, first claiming that Milano “stole #metoo” from its original founder, Tarana Burke. Burke, an activist, originally began the #MeToo movement back in 2006, but it gained worldwide traction more than a decade later in 2017, when Alyssa Milano posted her own message encouraging other women to come forward with the experiences. Milano and Burke have since worked together, but Milano has been criticized by some for taking credit for the movement begun by a Black woman.

1) You stole #metoo (a brilliant communication tool, not a movement) from Tarana. You co-opted my movement, the Cultural Reset, for fame, jealous of me for outing my rapist. You made 250k per week on Charmed. (Con’t) pic.twitter.com/d9HmnJEYXM

McGowan also accused Milano of being jealous of the attention she received for exposing Harvey Weinstein, saying that she also co-opted her movement. And then, Rose finally gets to the stuff about Charmed. She noted that Milano was making $250k per episode, and says that Alyssa “threw a fit in front of the crew”, and claimed she was not paid enough. She went on to say that Alyssa Milano exhibited “appalling behavior on the daily.”

2) You threw a fit in front of the crew, yelling, ‘They don’t pay me enough to do this shit!’ Appalling behavior on the daily. I cried every time we got renewed because you made that set toxic AF. Now, get off my coattails you fucking fraud.

By far, the best part of all these tweets are the last two sentences that Rose wrote about Alyssa. “I cried every time we got renewed because you made that set toxic AF.” THE DRAMA IS REAL. I need a tell-all book about what happened on the set of Charmed, because there are not nearly enough details here. To say that she cried every year they got renewed sounds incredibly dramatic, but what was Alyssa Milano actually doing on that set??? Whose side is Holly Marie Combs on? And even though Rose never overlapped with Shannen Doherty on the show, I still need to hear her full side of the story.

Rose’s tweets are mostly where the drama ended, so sadly I don’t think we’ll be getting any more anecdotes about the “toxic AF” Charmed set. but Alyssa couldn’t let this go without one last statement.

God, everything about this is iconic. I have no idea whose side I’m on, and there are approximately one million layers to the dynamic here, but I enjoyed every second of this feud. Oh, and also, whether you think Democrats have accomplished much or not, please vote—it’s important!