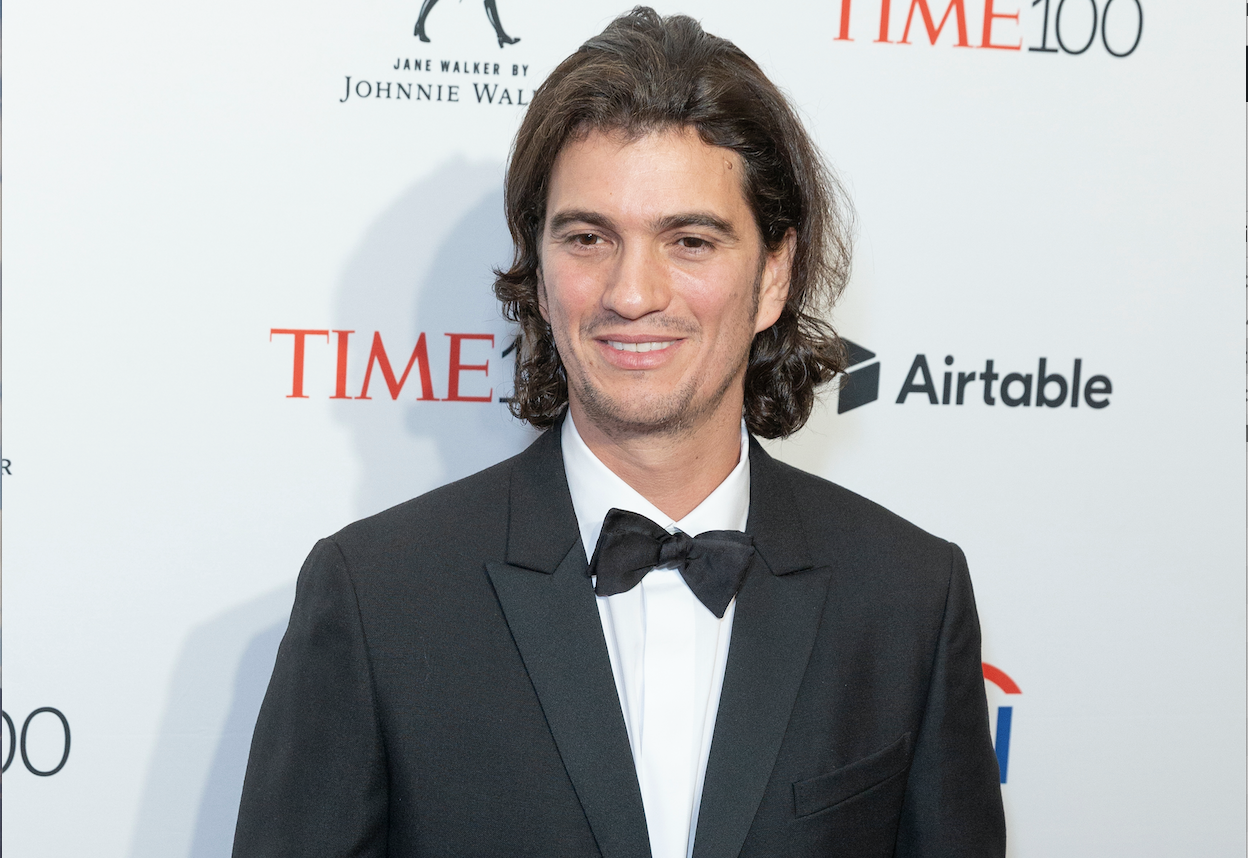 The Ex-CEO of WeWork Is Getting $1.7 Billion to Leave His Failing Company

You know the phrase “failing upward”? Usually, it’s for people who aren’t that good at something getting rewarded regardless — like a coworker getting a promotion or someone who doesn’t even have the Starbucks App getting their iced coffee before you. In the case of WeWork, you don’t just fail up, you fall all the way up to the .00000001 percent (rough estimation).

In case you missed it — Adam Neumann, the ex-WeWork CEO, is getting paid 1.7 BILLION DOLLARS to get out (leave) right now. Yes, WeWork — the place where all your friends who work for startups that are making like, sweat-resistant ties, work.

This type of payment is often referred to as a “golden parachute,” and essentially means that Neumann is now a near-multi-billionaire for creating a failing business. The stoner in your economics class sophomore year is FURIOUS but also has a new role model.

If you’re wondering, how the f*ck did this happen, you’re not alone. So basically SoftBank, the company’s biggest investor, is behind the payout. Recode’s Pivot podcast co-host Scott Galloway pointed out that this means Neumann is getting about $850,000 for each of the 2,000 employees WeWork is expected to lay off. Why they haven’t laid off those employees yet? Oh, cause they couldn’t afford the severance. SHUT IT DOWN.

WeWork has been on a downward spiral for months now, ultimately leading to Neumann’s resignation last month. This new $1.7 billion payment is to get him to leave the company’s board, give up his voting power, and purchase most of his remaining shares.

What went so wrong? WeWork canceled its IPO after revealing it was losing $5,000 per every new customer, and its valuation plummetted from $47 billion to a measly $8 billion (after all the changes SoftBank is making). The Japanese bank will spend billions more to buy out shareholders and make the necessary changes to keep the company afloat. Much of the debacle can be blamed on Neumann. He made a number of unusual business decisions and plunged the company into massive debt, and is also just an unorthodox… leader. He once brought a cereal box full of weed on a private plane across international borders and his wife would fire people because she didn’t like their “energy.”

Neumann also used company money for random expenses such as installing a “spa and ice bath” next to his office and trademarked the word “We” then had the company pay him $5.9 million in licensing fees. Whatta guy.

On top of that, Bloomberg reported that in the past week WeWork signed off on exit deals for Artie Minson and Sebastian Gunningham, current CEOs, in the multimillion-dollar range were they to also leave. Cool. WeWork is now the new fetch and we all just have to agree to stop trying to make it happen, and more importantly, stop rewarding the people at the top of the chain for doing an awful job.

While they’re trying to get the company started by Neumann back to life, he is most likely off on a yacht thinking about his next failed business idea that will bring him in another billion.