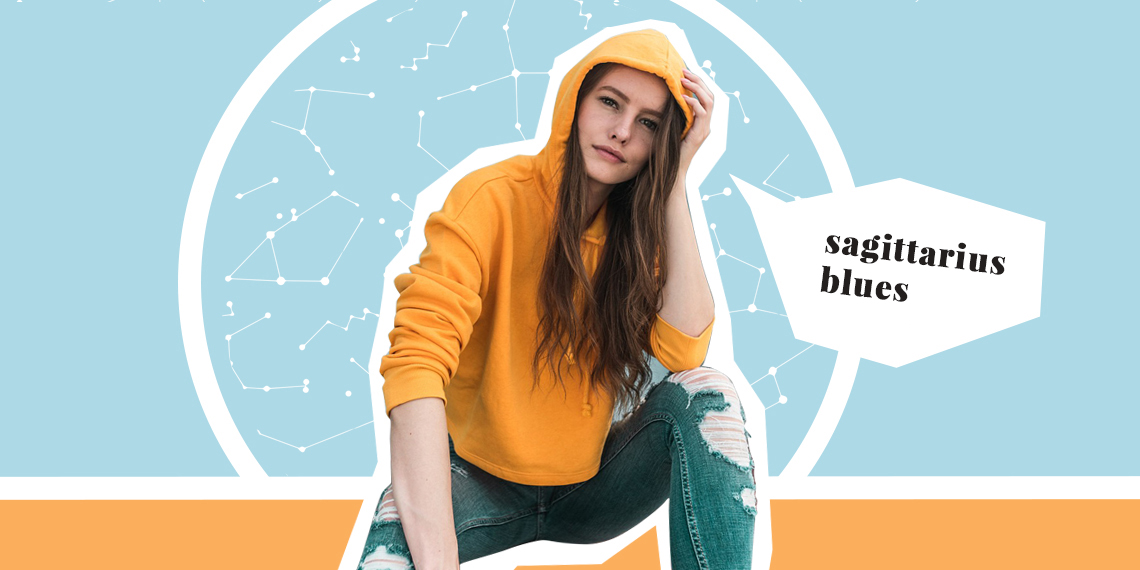 The end is near! The end of Mercury in retrograde, of course. Mercury corrects its course on December 6. Think of that as an early Christmas present from the planets directly to you. Travel plans will go much more smoothly than they did over Thanksgiving. You’re less likely to run into someone you used to know while Christmas shopping. And you won’t accidentally sext your boss. This week, though, you’ve gotta watch out for that pesky New Moon. Here are your weekly horoscopes for December 3-7:

The New Moon takes place in your realms of philosophy, education and travel this week. So, like, basically any activity that expands your mind is going to be very beneficial. If you can’t bring yourself to crack a book, listening to a new podcast or heading to a different news source than your usual could really open your mind. You’ll have a bunch of opportunities to network in the near future so it never hurts to have new shit to talk about, right?

The New Moon takes place in one of your money houses. Most signs have to watch what they spend. As a Taurus, you aren’t actually that bad with your money at all. This week, though, you’ll be inspired to think a little more about it. Consider making a holiday budget or convincing yourself you’ll only be going out three nights a week instead of seven. Ok, maybe still go out seven nights a week, but make sure someone else foots the bill once in a while.

The Sun and Moon team up in your house of partnerships this week. Something this week will get you thinking about the kind of relationship you have with your significant other, current hang, or possibly even your work wife/husband. Is this relationship healthy? Is it beneficial? Are you just in it because you don’t want to be cold and alone during cuffing season? Get real with yourself, betch.

The New Moon this week takes place in your house of health. Sure, you’ve probably already given up on caring until after the New Year, but let’s not let things get out of control here. Motivate yourself to actually go to the gym, even if it’s just to walk on a treadmill while you look at your phone. Remember to drink water, even though it’s cold outside. And don’t get too tempted by the office candy bowl. You can’t hide in oversize sweaters forever.

The New Moon makes you fun, creative and talented. While it’s tempting to think, “Hey, I’m really good at this, I should get paid for it,” you also need to consider your level of dedication before starting a new side hustle or venture. You don’t want to start an Instagram for your blossoming small business, only to realize you have no passion for macrame after two weeks. Some things can just be hobbies, and that’s ok!

This week, you need to watch yourself when voicing your opinion. Mercury retrograde at the start of the week messes up your ability to be a totally effective communicator. What you think is constructive criticism may come out as way harsh, Tai. Cool it on the judgement as much as you can. Or, just, like, talk behind someone’s back instead of saying it to their face.

Shop Betches Go Home And Talk Behind My Back Tee

This week is all about enjoying the simple things in life. The holiday season can be especially stressful for you. Also, it feels like you can’t get anything done at work/school because no one else is focused, like, at all between Thanksgiving and Christmas. Find comfort in a hot bath, finding an amazing deal on holiday candles, or savoring every last drop of a six dollar bottle of wine.

Mercury finishes its retrograde in your sign this week, so you’re still susceptible to major f*ckups until you’re given the all-clear on December 6. It’s best to just walk on egg shells for the first part of the week. Don’t tweet or post anything remotely controversial. Cancel that haircut because you will be motivated to get bangs. And certainly don’t agree to go on a first date unless you want it to go horribly and be really awkward. Yikes.

The New Moon is in your sign this week! The Sun is also in your sign. Even though Mercury is in retrograde until December 6, things are basically easy breezy for you. You friends will be chill. You have enough to do so that you won’t be bored, but not too much so that you’re overwhelmed. Wow, you really are, like, so lucky and blessed at this point in your life. Good for you.

While you’re waiting for the Sun to enter your sign next month, you’re basically in hibernation mode. It’s time to look back on the last year of your life and set some goals for where you’d like to see yourself a year from now. The New Moon will make you introspective, and also motivate you to let go of shit you don’t need. Time to throw out clutter, unfollow some people and delete all the guys in your phone with the last name “Tinder”.

It’s time for you to do some strategizing this week. With the New Moon in your house of work, you’ve got to put a plan in motion to get you where you want to be in your career. That might mean sitting at the right table at the company holiday party, or making sure you have an extra random gift in case someone gives you something unexpectedly. Figure out how you can have the upper hand and go from there.

The New Moon takes place at the top of your chart, meaning it will have an influence on authority figures in your life. It’s important to be in good favor with people who hold your fate in their hand. Make sure you don’t piss off professors, bosses, or your landlord. Bring out your inner Betty Crocker. It’s kind of hard to be mad at someone when they’re handing you freshly baked cookies, right?