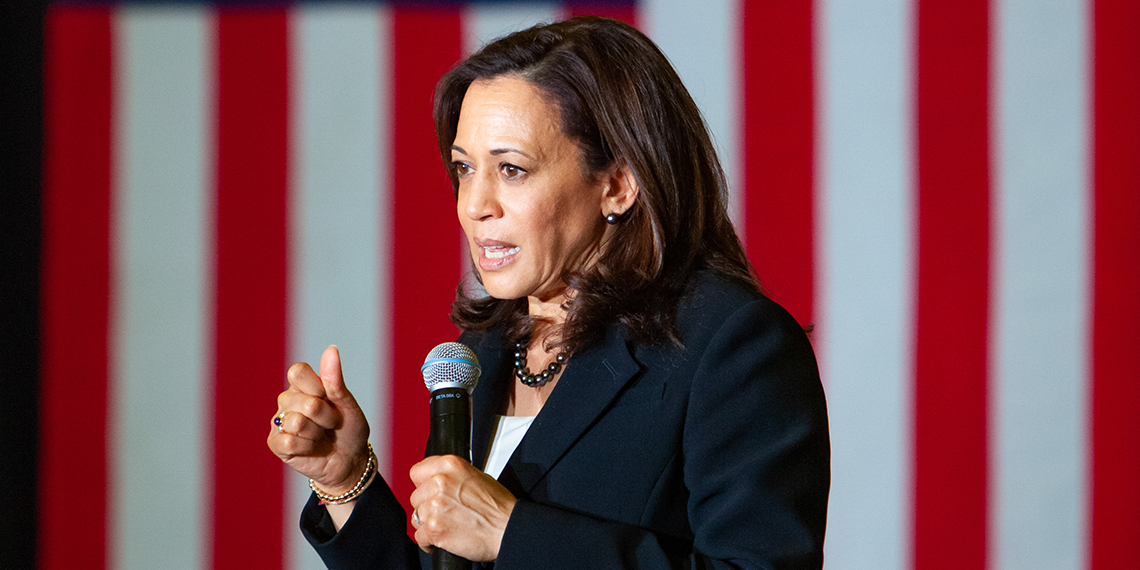 As an Asian-American woman, I was embarrassed that it took me until late into the 2020 presidential election primaries to learn that Senator Kamala Harris is half South Asian.

The mainstream media had been primarily focused on the fact that she was a Black woman running for the highest position of office in the country. However, what has been way too often omitted from the coverage is her Indian heritage. Upon being named Joe Biden’s vice-presidential pick on Tuesday, Senator Harris became the first Black woman and the first Indian-American, South Asian, and Asian-American person to be on a major party’s presidential ticket. All these factors contribute to the insurmountable significance of this historic vice-presidential nomination.

Senator Harris is a daughter of Shyamala Gopalan, an Indian-born doctor and activist, and Donald Harris, a Jamaican-born economist and activist. Her parents divorced when she was a child, and she and her sister Maya were raised primarily by Gopalan.

In her memoir The Truths We Hold, Harris mentions that her mother was her most significant influence. The family often visited India when she was young—her mother’s family “instilled us with pride in our South Asian roots,” Harris writes. Kamala Devi Harris shares her first name with a beloved Indian flower, a Hindu deity, and a Bihari river. Her middle name Devi means goddess in Hindu.

Yet, there are still some folks who might be surprised to discover Harris’ Indian-American identity.

During her 2010 bid for California attorney general, many in San Francisco’s Indian American community were surprised to learn about her Indian ancestry. Until this week, the media often omitted her South Asian identity and merely identified her as the first Black woman so-and-so. During the presidential primary race, reporters and analyzers seldom referred to Harris as the “Asian American candidate”–such title only went to Andrew Yang.

When the speakers were announced for next week’s Democratic National Convention, many claimed – incorrectly – that the event included no Asian American speakers. Kamala Harris’ name was clearly listed. (One person to represent an entire minority group is, of course, is far from adequate, and Yang has since been added to the line up as well.)

Even as a U.S.-born East Asian American, I never fully felt a part of the American culture while growing up. To this day, strangers underestimate my ability to understand and read English, even though I write for a living, and English was the first language I learned as a child. Growing up in a predominately white town, I was one of the few “oriental-looking” students (as teachers phrased it) in school. My childhood best friend was South Asian, and we initially bonded over the fact that we were always “othered” by our peers.

Coming of age during the aftermath of 9/11 and a few years later, the 2007 Virginia Tech mass shooting, my Asian-American peers and I were seriously confused about our place in America. Bullied and named-called by our peers as a “terrorist” or “shooter,” it was challenging to grapple with our identities or ethnicities. America was the only place that we knew to call home, and so to be told to “go back to your own country” was so confusing and disheartening.

We would never have fathomed to see ourselves in the highest office. I get goosebumps just thinking about what this historic moment means to today’s kids who might be in similar shoes as I was back then.

Although there is no one right way to discuss or portray Harris’ identity, it does a massive disservice to her ancestors and the overall Asian-American community to completely ignore this aspect of her heritage and identity. To give attention to only her Black heritage feeds into the entrenched and outdated “one drop” rule from centuries ago, a practice that identifies and segregates people with the slightest African blood.

Harris herself has explicitly said that she doesn’t want to choose one identity over the other, but wishes to identify as simply American. However, from her childhood, when she was bused to another school district as a part of a desegregation plan, to her whole career as a politician where her Blackness has been a topic of contention, her racial identities have been at the center stage of public discourse.

We are far from being past Trump’s obscure obsession with birtherism, which has resurfaced again. In a news conference on Thursday, Trump wrongfully said that, “I heard it today that she doesn’t meet the requirements,” It was a decade ago when he spread another race-based conspiracy theory that sowed mistrust in the background of another politician of color: President Obama.

Unfortunately, in today’s America, the reality is that anti-Blackness and the controversies of a biracial identity will continue to surface during the campaign trail.

The year 2020 has exposed the fact that most of America still doesn’t have the language or knowledge to speak about difficult racial topics, nor admit to the extreme level of white supremacy that still exists. Amid the outbreak of the coronavirus, hate crimes against Asian Americans have been at an ultimate high. Pundits (and our own President) have referred to Covid-19 as the “Wuhan flu,” “Chinese flu,” and “Kung flu.” In the following months, the brutal killing of George Floyd mobilized hundreds and thousands of people to protest against the overt racism and mistreatment against the BIPOC community.

Against this backdrop, we cannot afford not to explore the nuances of Kamala Harris’ identity and what her vice presidency would mean at the time in history we are at right now. Just like Barack Obama’s presidential win in 2008 was an unthinkable achievement, Kamala Harris’ hopeful VP win will illuminate similar sentiments for years to come. Over the next few months and years, the meaning of being an American in the 21st century must fundamentally develop into a new kind of paradigm.

Our democracy needs you. Take the first step now by committing to staying informed. Sign up for the Sup newsletter for a daily breakdown to actually make you laugh (instead of cry) about the news.

Sarah Kim is a badass freelance journalist based in Brooklyn, and she covers all things related to disabilities. At any time of the day, you can spot her drinking cold brew and eating vegan avocado toast. Follow her on everything @beingsarahkim.