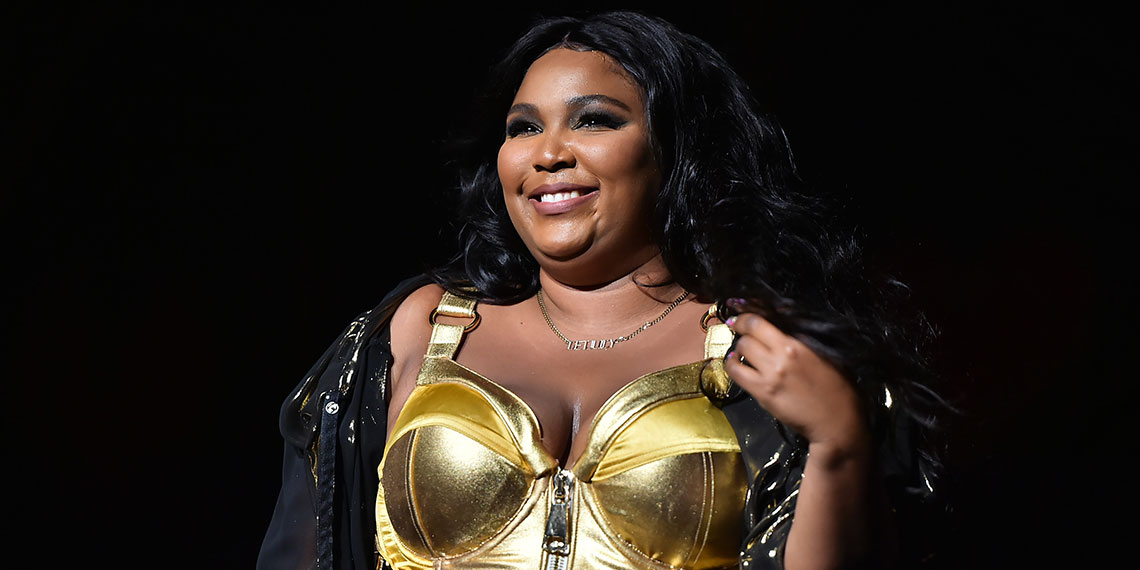 Twitter Is Canceling Lizzo For The Stupidest F*cking Reason

In 2019, liking Lizzo is about as much of a personality trait as loving dogs or claiming cheese is the glue that holds your life together—which is to say that it’s not at all a personality trait and just a widely accepted thing people like. Now, I am not suggesting that Lizzo isn’t amazing, because she is. Her music is wonderful and she deserves every bit of success coming to her right now. Lizzo has blown up in the past year and is pretty universally liked, as evidenced by the fact that her songs are in just about every commercial on air right now, she has 6.2 million followers on Instagram, and her shows sell out immediately. “Who could not like Lizzo?” I have often thought to myself. Apparently, over 9,000 people on Twitter as I am currently writing this, because #LizzoIsOverParty is currently trending. Uh oh, what has she done?

Now, as amazing as Lizzo is, she has not been a stranger to controversy since her ascent to fame. Azealia Banks called her a “millennial mammy” and accused her of making a fool of herself for a white audience. Then again, I give about as much credence to Azealia Banks’s criticisms of other artists as I do to the girls in my high school on Facebook claiming essential oils will cure cancer. That said, in October, Lizzo was accused of plagiarism for her opening line in “Truth Hurts”: “I just took a DNA test, turns out / I’m 100% that bitch”. According to Rolling Stone, “Justin and Jeremiah Raisen claimed that in April 2017 they took part in a writing session with Lizzo, Jesse Saint John and Yves Rothman, during which they all wrote a song called ‘Healthy’ that contained the memorable line”. While Lizzo denied those plagiarism claims, she did acknowledge that Mina Lioness gave the inspiration for the DNA test line, and Lizzo has since officially credited Lioness as a songwriter on “Truth Hurts”.

But the #LizzoIsOverParty drama has nothing to do with “Truth Hurts”. It actually is about another Lizzo song, “Good As Hell”. And let me tell you right off the bat before you get mad at me in the comments section: it is f*cking stupid.

It all started when Lizzo released a remix of “Good As Hell” featuring Ariana Grande. The remix is… fine, but it’s not exactly the female anthem many people thought it would be. (In other words, it’s no “Bang Bang”.) And this is where the drama comes in: “Good As Hell” was on the Billboard charts for 25 weeks, and is currently at #2. That’s good as hell, right? Well, not for Ariana Grande fans, who are salty that Ariana is not listed on the charts, and are calling for Lizzo’s cancelation.

#LizzoIsOverParty @lizzo
Did it cost you so much to credit Ariana? you are sick with the charts

I guess the first thing I should point out is that there is no money to be made in the Billboard charts—the Hot 100 simply ranks songs based on sales (physical and digital), radio play, and online streaming. It would not “cost” anything for Lizzo to credit Ariana, because she is already credited on the remix… but also, there is no monetary gain to be made by simply being listed on the Billboard charts anyway. But, now, here’s the thing. The reason Ariana Grande isn’t listed on the charts is, you guessed it, because the version featuring her is not the version that is charting. The original version, the one without Ariana, is. It’s actually very simple. But it hasn’t stopped Ariana stans from going off on Twitter and saying some dumb things.

Wait so ppl mad that Ari isn’t credited on “Good as Hell”??
Isn’t Ari only on the remix? And isn’t the original the one on the charts?
Why would Ari be credited on the original?
And why get mad at Lizzo when it’s Billboard who published it?#LizzoIsOverParty

There is now a battle between Lizzo fans/people with an actual brain, and Ariana Grande stans. And somehow, Kpop fans have also gotten thrown into the mix, for no other reason that I can tell, other than the fact that a lot of KPop fans are hijacking this trending hashtag with Kpop gifs. Why? I have really no idea. The youth is exhausting.

After a thorough investigation, it is with great pleasure that I report to you that Lizzo is decidedly not canceled, and Ariana Grande’s fans need to take about 1,000 chill pills and leave Lizzo alone. This has nothing to do with Ariana Grande, and plus, Ariana has had her fair share of commercial success; one song on the Billboard Hot 100 that she was featured on is not hurting her bottom line. Truthfully, I feel slightly foolish that I, a grown-ass adult, have dedicated a good hour of my time investigating the stupidity and naivete of actual children. But I can’t take it back now, so neither can you!