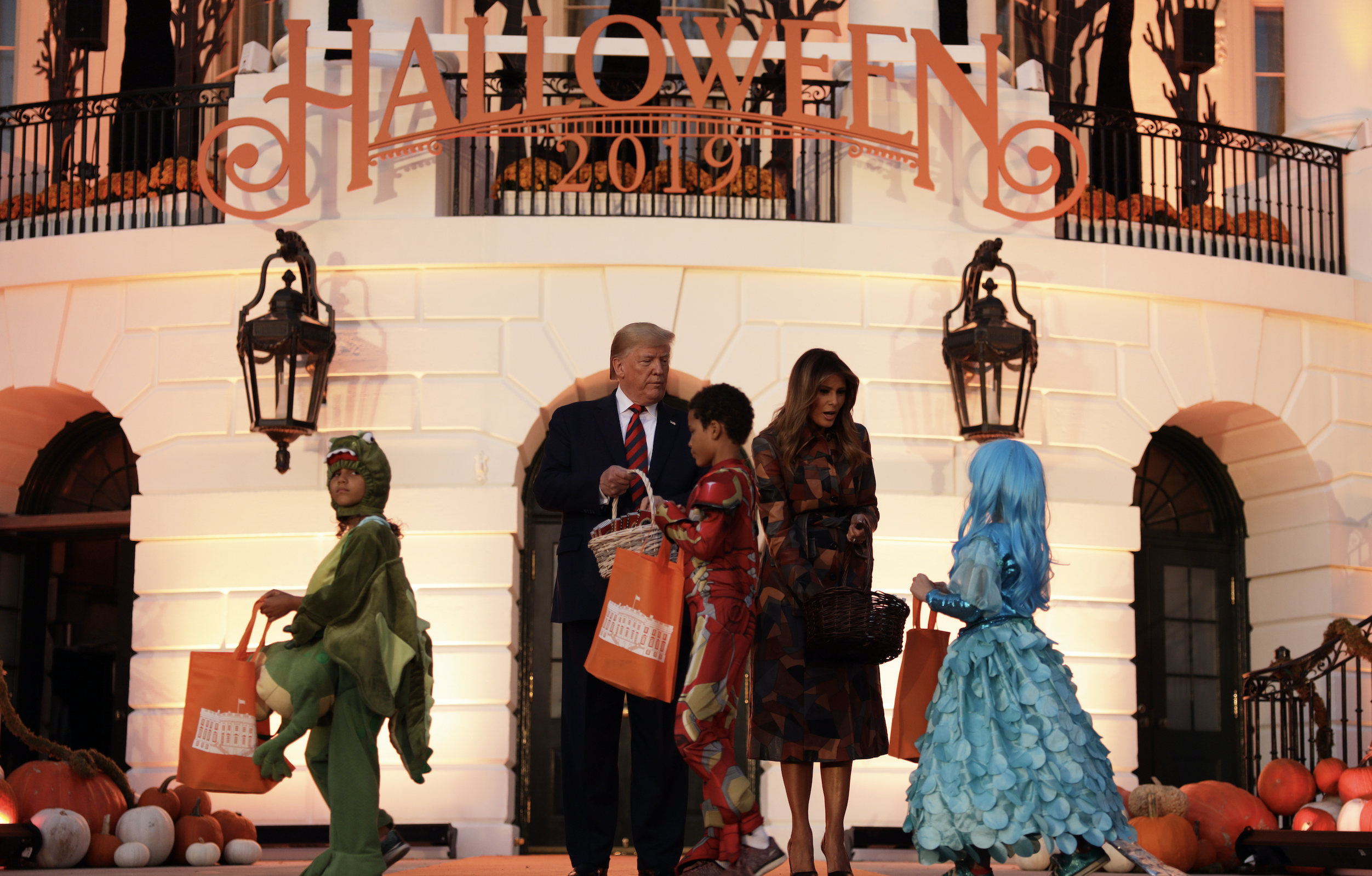 The White House Halloween Party Had Kids ‘Build the Wall’ For… Fun?

In Trump’s America, the act of simply waking up in the morning is spooky. You never know what disturbing news story you’re going to encounter, and today I’m sorry to tell you that is one is, uh, not good. I regret to inform you that last week at the White House’s Halloween party on October 25, children were encouraged to help “build the wall” by adding their own bricks to a mural on the wall.

Arts and crafts, but make it racist https://t.co/VKMVTkdNuL

Naturally, some attendees were not chill with this gross display. An attendee who asked to remain anonymous told Yahoo News, “Horrified. We were horrified.” Same, girl.

Ben Rohrbaugh, former Border Security director in the White House National Security Council during the Obama Administration, said the wall was a “gross thing” to have kids do.  He also added, “To the extent it’s a representation of an actual wall on the southwest border, the kids have made nearly as much progress as the president has since 2017.”

Others felt fine about it. K. Someone from the Trump Administration said, “Everyone loses their minds over everything, and nothing can be funny anymore.”

Ah, yes. Such a bummer that we’ve reached the point where having children join in on making fun of a border wall meant to stop immigrants from fleeing violence, as well as a place where children are currently being kept in cages, is no longer funny. PC culture strikes again!

The wall itself was made up of the bricks children put their names on, and had accompanying signs that said things like, “Build the Wall,” “America First,” and “Trump’s Crew.” You know, like a propaganda mural.

This whole thing feels like the Twilight Zone, but what really gets me is the fact they used what is supposed to be an innocent, light-hearted holiday for kids and turned it into an opportunity to embed their hateful agenda on impressionable children. Kids are easy to influence, and having them participate in something like this feels manipulative and wrong.

But then again, I’m not surprised the White House is more into tricks than treats.