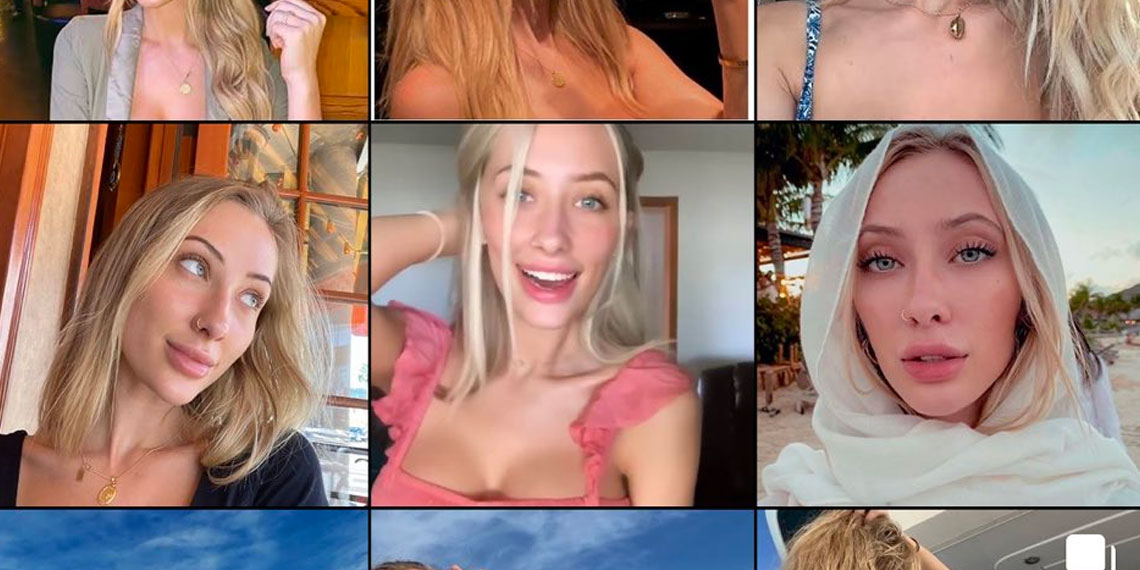 With all of the crazy sh*t going on in the world, it can feel like there is nothing we can do to help. Thoughts and prayers are not enough, that much is clear. Over the past few weeks, you’ve probably seen your friends and celebrities posting about the Australian bushfires, a series of massive wildfires that are devastating bush, forests, and parks, and causing people to evacuate their homes. Russell Crowe urged viewers of last night’s Golden Globes to step up and help, and you’ve probably seen some of your friends post resources and organizations to donate to on their Insta stories. But one hero went one step further, and came up with a genius way to raise money for the bushfires. Kaylen Ward, aka the Naked Philanthropist, used her talents, Twitter, and tits to raise over $700,000 for the wildfires in Australia.

I’m sending nudes to every person who donates atleast $10 to any one of these fundraisers for the wildfires in Australia. Every $10 you donate = one nude picture from me to your DM. You must send me confirmation that you donated.
Please RT #AustraliaOnFire #AustraliaFires pic.twitter.com/VIgzCUy6Wf

In two hours, she raised $5,000. Her tweet continued to blow up and her DMs continued to be inundated, and she hit six-figures in a single day. She even hired a team of four people to help her sort through the DMs, verify the donations, and send her nudes. In less than three days, Kaylen raised over $700,000, which is over ONE MILLION AUSTRALIAN DOLLARS.

An estimated $700K has been raised for the Australian Bush Fires in response to my tweet….
is this real life?

Instagram claimed that she had “violated guidelines,” which is code for her pictures were too hot to handle. (It’s wild that you can’t post side boob on the internet but you can threaten to bomb countries, but that’s another story.) Kaylen tried to create another account, but that one was deleted as well. Now, things are low-key spiraling out of control. People are making fake accounts to try to impersonate her.

However, Kaylen is working tirelessly to make sure that she keeps her promise to all the other people who held up their end of the bargain.

The fact that two people used the same photo to fake a donation is so disgusting. If you’re that broke that you can’t donate $10 to a good cause to literally save a burning country but instead scam me out of a free nude, you’re the lowest of the low. pic.twitter.com/r4Gam3i2H0

There have been other unforeseen consequences from Kaylen’s decision to sell nudes for charity. Namely, some people in her life seem to have issues grasping how badass this is.

My IG got deactivated, my family disowned me, and the guy I like won’t talk to me all because of that tweet. But fuck it, save the koalas.

The bright side is that there are tons of people from all corners of the internet (hi) who are supporting Kaylen. While it’s not exactly shocking that a woman would get shamed for displaying her body and putting her sexuality out there on the internet (for a good cause), it’s especially crazy since Kaylen was selling nudes before any of her money went to charity. To put it into perspective, Kaylen runs an OnlyFans account where she sells her nudes online. Instead of selling these nudes and pocketing the money for herself, she is letting that money go directly to charity. Would you ever catch me working overtime for free?! Not a f*cking SHOT. I am NOT that good of a person. She is even paying others to help her do this. So no matter what work that Kaylen is doing, whether it be sex work or other, she is giving up her time and money to put a stop to the Australian bushfires, which no government official seems to be concerned with.

Even with all of the backlash and online hate avalanche, Kaylen’s heart of gold continues to keep on giving. She is planning to give a car to a family in need in the LA area where she currently lives.

I have decided to continue the donations in a new direction by giving someone in the LA area a car. I have a 2009 Ford Fushion that I would like to give to a family who is in desperate need of help. Please let me know if you know anyone who could benefit from this.

We need to protect her at all costs.

If you want to help the Australian wildfires but don’t need to get any nudes in return, read here.