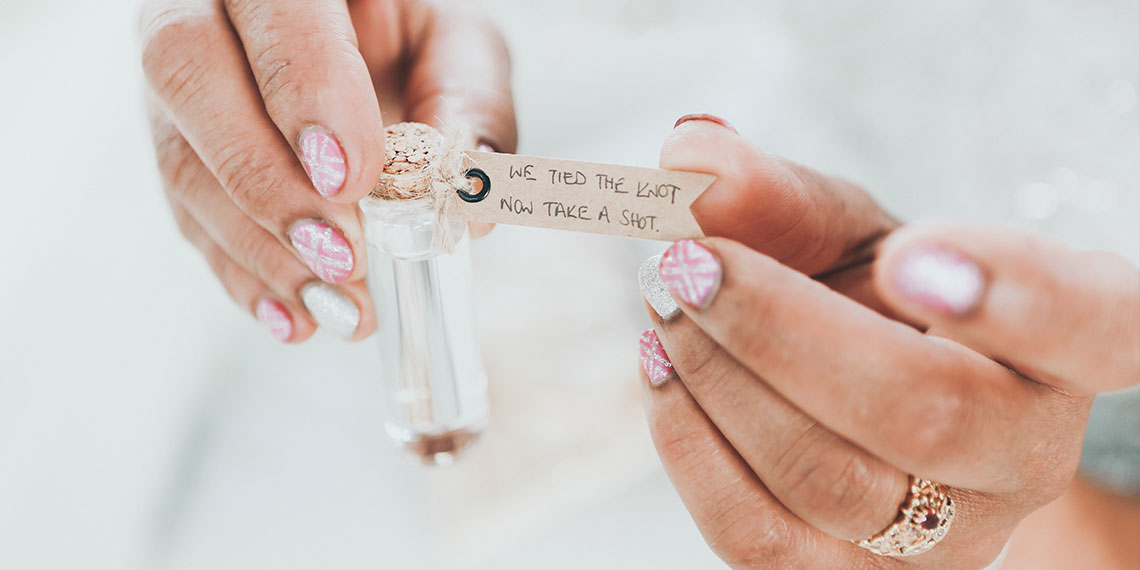 This Bride Put Her Dad’s Ashes Into Her Wedding Nails

I know what you’re thinking—that title has got to be clickbait, right? Nope, it’s not. In fact, it’s exactly as you read it. And, as bizarre as it sounds, it’s actually kind of sweet once you hear the story. Now, don’t get me wrong, putting a loved one’s ashes in your wedding nails is not something you see every day, and I’m not totally sure it’s something I would personally do, but I’m still in full support of this bride’s decision.

So the story is that this English bride, Charlotte Watson, tragically lost her father, Mick, to cancer just a few months before her wedding. Given her father’s cancer diagnosis, Charlotte and her then-fiancé, Nick, had even moved up their wedding date in hopes that Charlotte’s father could be there to walk her down the aisle. But unfortunately, he did not end up making it.

After Mick’s passing, Charlotte’s cousin, Kirsty Meakin, a popular nail artist with a big YouTube following, suggested that they use Mick’s ashes in the creation of the design of Charlotte’s wedding nails so that he could still be there with Charlotte on her special day. According to Fox News, they used “tiny bits of bone fragment” found in Mick’s ashes in the design of the nails, resulting in a glittery snowglobe-esque look that you really couldn’t even tell contained ashes unless someone told you.

The full tutorial is up on my YouTube channel (link in bio) These nails were made with love. I created these wedding nails for my cousin Charlotte. Her father (my uncle Mick) sadly passed away at the end of April this year. He was an absolute legend, patient, kind and loved by so many. It was so sad that he couldn't be there to walk his daughter down the aisle on her big day. This got me thinking….. I wanted Charlotte to have her Father with her is some way or another . I came up with the idea to use Micks ashes in her nails. This way he would be there holding her hand as she walks down the aisle. This was an emotional day for us both and we are so please with how they turned out. I'm going to remove the nails for Charlotte after they have grown out for around 4 weeks so they will be preserved and kept in a keep sake box as a beautiful memory of the day. What better way to have used a tiny amount of ashes to bring such happiness. Rest in peace uncle Mick we love you dearly Thanks for the support beautiful people Kirsty Meakin

Not only did the nails turn out incredible, the whole sentiment behind them is really sweet. As Meakin said of her own creation, “It was only when it was completed it sank in what it was. That her dad would be holding her hand on her wedding day.”

Charlotte said, “Having the ashes attached to my nails felt like he was holding my hand. I knew it wasn’t the same as him really being there, but it was as close as we could get.” She added, “It felt like he was there.”

Mick’s memory was included in other ways on the wedding day, BBC reports, such as pictures on the back of Charlotte’s shoes, in a pendant attached to her flowers, and a teddy made from some of his clothing, but the nails are definitely the most out-of-the-box element. And for those of you wondering, after the wedding, the nails were framed to still preserve the ashes and her father’s memory. All in all, it may sound strange on the surface, but it was a creative tribute that the bride and her family found moving—the bride said, “everyone loved the nails”—and clearly it made for a good story.