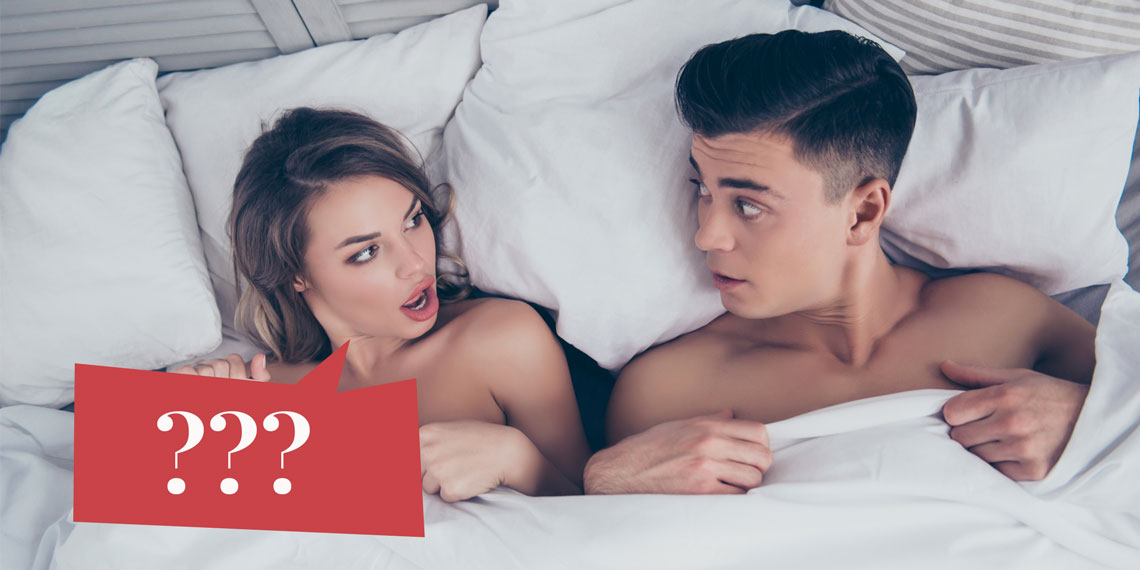 Women are great multi-taskers, so you might be able to have a full conversation with yourself in your head while getting it in but, alas, dudes are not that way. Unsurprisingly, they need total focus to keep it up. Who knew? Last week I was fully click-baited into reading the dumbest online article ever about things not to say during sex. The list included the shocking advice to not call the person by the wrong name, don’t ask “What?” too much, or moan at inappropriate times. Like, no shit. I went to a public middle school, I have some basic understanding of what is and isn’t acceptable in the sheets.

Here’s my legitimate list of things you can probably say vertically but should probs not say while horizontal. Read and learn, betches.

Sometimes sex is super boring, I mean, not if you’re doing it right, but sometimes you start with the best intentions and then realize you’d rather be doing something else. In this case your mind starts to wander to the deeper questions in life. Why do we park on a driveway and drive on a parkway? Should I quit my job and go to law school? Is it possible to use too many emojis? Even though you’re totally allowed to think whatever you want during sex, don’t ask these out loud. Bookmark that thought, and ask later…way later.

I may or may not have, but definitely did, ask a guy if he thought Joe Biden was more of a cat or a dog person as things started to heat up between us. Needless to say, the moment fizzled, like, immediately after that comment (he said cats, by the way).  Learn from me, betches! Don’t bring up controversial topics such as politics immediately before, during, or after getting it on, no matter how concerned you are about access to affordable contraception as of late. Politics is probably a boner killer, no matter what side of the aisle you fall on. Unless he’s like really into that, then props to you for probably being the mistress of a senator.

Yeah, we all hate shit about our bodies. Even the people who are, like, super body positive totally have some self-loathing going on, because you don’t try that hard to love yourself if you actually love yourself. Anyway, now is not the time to bring up what you don’t like about your thighs or how you forgot to shave 15 minutes before this interaction. Though being skinny and having a full maintenance routine is Betch 101, 99% of dudes give zero shits about those things when they’re trying to mount you. They’re most likely thinking, “Hey, boobs!” and….. that’s it. Don’t point out the things you don’t want them to notice and they won’t notice them.

4. Anything Related to ‘Fifty Shades’

Most females and a surprising number of dudes I know have either read or watched (or both) Fifty Shades of Grey. It’s sexy, it’s raunchy, it’s taboo, we get it. No dude wants to be compared to a billionaire perv while in the middle of trying to impress you. He knows he’s probably not going to compare to that so don’t force him to think about it. If you want to kink up your sex life, go for it—just get more creative than a play-by-play of one of the most popular dirty novels of all time. There’s nothing less sexy than having to follow a script while you’re doing it, so don’t do that. You’re a betch and a sex goddess so you just do you while someone else is doing you, make sense? K good.

The Wicked Betch of the West