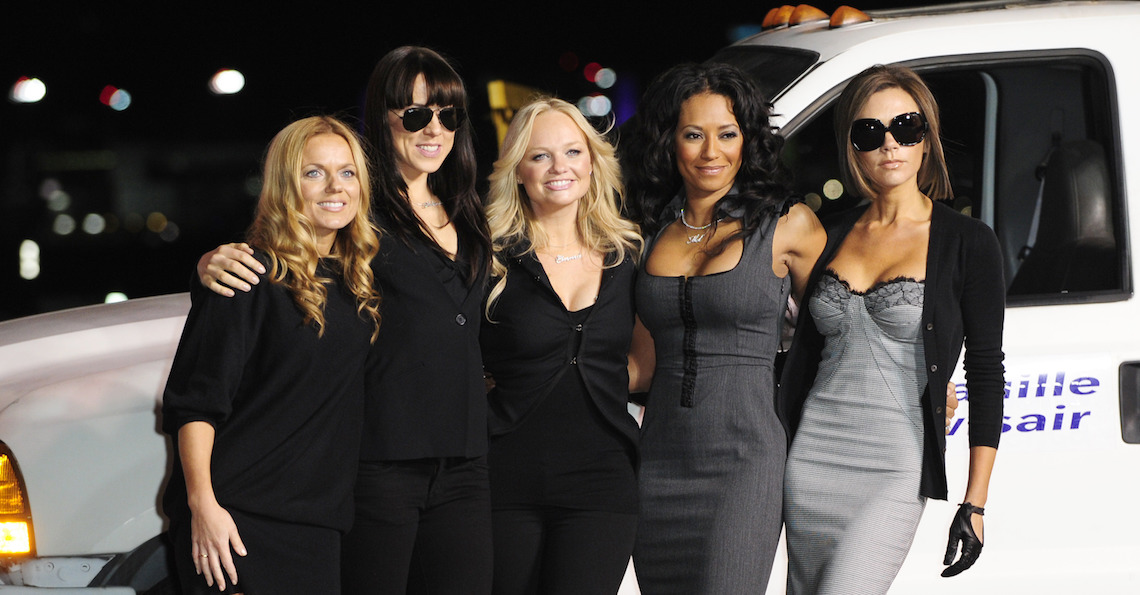 The Spice Girls Reunion News Is A Little Disappointing

If you’ve been paying any attention to fashion trends lately, you’ll know that everything ’90s is completely back in style. If Gigi and Bella are doing it, we all have to. For better or worse, it’s time to dig out the denim, and basically just dress like your mom did when you were a baby. Along with the clothes, it makes sense that ’90s music is making a comeback too. To me, that basically means one thing: SPICE. Yesterday, we finally got the details on the Spice Girls Reunion Tour, which the girls have been teasing for approximately seven million years.

Okay, so I’ll be honest, I’m a little disappointed. While any Spice Girls reunion moment is a blessed gift from the pop gods, I was hoping for a little more? The biggest problem here is obviously the lack of any dates in the United States, or literally anywhere outside the UK. I totally understand that the Spice Girls are a British group, and they have a ton of fans there, but what are us stateside ’90s babies supposed to do? (Yeah, I know we’re supposed to fly to London, but idk if that’s in my budget.) If you’re in the mood to hop across the pond next June, here are the dates, all six of them:

Tickets for all six dates go on sale this Saturday (11/10) at 10:30 AM UK time, which means us East-coasters will have to wake up at 5 AM if we want to get those tickets. Sorry ladies, but I’m probably not waking up for that. The cheapest tickets are 60 pounds, which is like $80, which is honestly not that bad.

But aside from the lack of American dates, there’s a second very disappointing piece of news we need to discuss. I’m sorry to be the one to break this bad news, but Victoria Beckham isn’t doing the tour. That’s right, Posh is out, so there will only be four Spices. Everyone kind of suspected this from the beginning, but it was confirmed when Victoria posted an Instagram basically congratulating them on their tour, pretending like she isn’t above the whole thing at this point. I know she’s a big fancy fashion designer, but it’s only six shows! Come on Victoria, you can let David handle the fashion stuff for two weeks!

Today marks a special day for the girls as they announce the first tour dates since we performed together in 2012! I won't be joining my girls on stage again but being in the Spice Girls was a hugely important part of my life and I wish them so much love and fun as they go back on tour next year. I know they will put on an amazing show and the fantastic fans past and present are going to have a wonderful time! X vb #spicegirls #friendshipneverends

So yeah, the tour announcement is a little bit disappointing, but I’m sure the shows will still be an amazing time. Let me know if you’re actually buying tickets, so that way I can make you FaceTime me in the entire time. Or at least for “Wannabe.” Aaaaand now I have to go listen to the entire Spice Girls catalog for the rest of the day, but this has been fun.