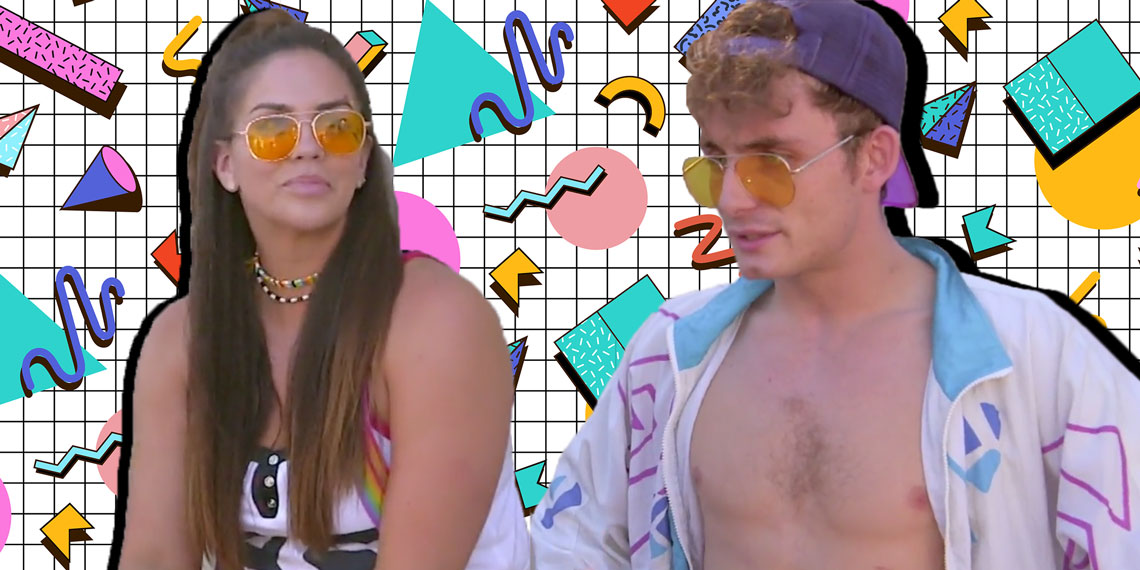 Because Vanderpump Rules is more dramatic than any soap opera on TV these days, it’s easy to forget that the whole SUR crew are real people living in the same world as us. I don’t know if I would be friends with them in real life, but I am glad that all of these psychos have access to Twitter. After last night’s episode, in which some major sh*t went down during Pride, we got some delightful reactions from the cast on Twitter, and it’s big drama.

First out of the gate, we got Katie, responding to James body shaming her on the episode. This is a classic move for drunk James, going back to season four, when he and Lala told the other girls that they needed to work on their summer bodies. Last night, he told Katie that her shorts weren’t flattering, which is f*cked up and also pretty untrue. Someone on Twitter called James out for his behavior, and Katie quickly responded by calling James “human filth.” Damn, I wonder how she really feels.

Whether or not James deserves to be the major villain on this season, I’m glad Katie is calling him out for this behavior. We can all agree that body shaming is totally uncool, and he needs to stop.

The more wild moment in last night’s episode came when Kristen came to SUR during Pride to stir up some major sh*t. Honestly, what else is new. She brought Hope, who allegedly slept with James, to confront both him and Raquel about his cheating. Cheating is a messed up thing to do, but Kristen, read the f*cking room. Pride is not the time to do this, use your brain. Billie Lee clearly feels the same way, and she ripped into Kristen for trying to ruin the day instead of celebrating the LGBTQ community.

Really @kristendoute Pride is a day to celebrate the lgbtq community instead you ambush @itsjameskennedy about something two years ago! No regard for the truth or Raquel’s feelings. Also let’s pray for Hope like who brags about sleeping w/ a guy while his GF’s in the other room.

Crazy Kristen definitely deserves this, but I’m also loving Billie’s prayers for Hope. Seriously, it’s very weird how happy she was about throwing these cheating allegations in Raquel’s face, and I have some questions for her. It’s also important to note that James liked this tweet, so I don’t imagine he and Kristen will be patching things up anytime soon. I am shocked!!

We’re still only on the second week of the new season of Vanderpump Rules, so all of this drama won’t be ending any time soon. With enough Pumptinis (and maybe a little *pasta*), these morons are sure to get into many more heated arguments about absolutely nothing, and I personally can’t wait.