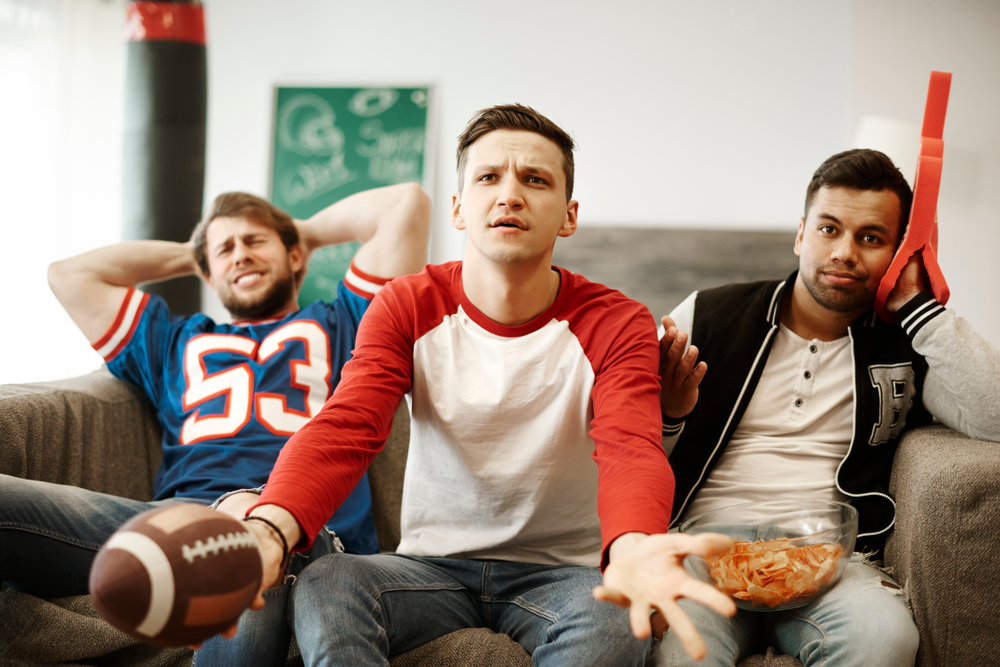 The Head Pro’s Guide To The Super Bowl

Oh, ladies. LADIES. Yes, it’s once again that time of year, a time for some of our nation’s absolute dumbest men to preen, posture, and smash head-first into one another while accomplashing precisely dick. No, I’m not talking about our shit-ass Congress, I’m talking about the NFL’s championship game, the Super Bowl. This coming Sunday, millions of Americans will angrily realize that they forgot to come up with a reason to take Monday off gather in unity to watch two teams backed by the most absolutely wretched and disgusting fanbases compete to raise the (checks Google) Lombardi Trophy. If you’re old enough to read this very adult-oriented site yet have somehow never managed to have even a passing interest in one of the biggest television events of every year, read on for what you’ll need to know.

Why Should You Care?

Honestly? You probably shouldn’t. Aside from this year featuring the most dreadful, least-interesting two teams possible (more on that later), the NFL itself is a shitty, morally bankrupt institution. The owners work tirelessly to funnel more and more revenue out of the players’ hands and into their own, despite the people on the field having a career expectancy of roughly two weeks before they wash out with few (if any) career prospects outside of football. The league’s commissioner, Roger Goodell, stands to “earn” an average of $40 million per year for the next five years, despite handling every single rule, ethical, legal, and contract violation with the grace of a newborn giraffe. Worst of all, the league has known FOR YEARS that the sport itself all but guarantees crippling, life-ruining brain injury for practically every player, and not only did they a) try to cover it up, but they’ve b) done NOTHING substantive to address it now that they can no longer hide the truth. There’s nothing redeeming about the NFL, the quality of play has sucked as of late, and that’s only going to get worse as parents guide their kids into other sports rather than risk having their brains turned into Tapioca pudding.

But on the other hand, everyone keeps watching. That’s doubly true of the Super Bowl. I know I’ll probably end up watching at least some of it, even though I keep telling myself I won’t. Shunning the Super Bowl won’t accomplish much beyond feeding into your own sense of superiority, and all your friends will probably be watching too. If you can cast aside all of the bad shit (and millions of people do, every week), it’s a nice distraction from the other, WORSE shit going on in the world. Plus, sometimes, sports can be so exciting and compelling that they transcend fandom:

Oh god, ok. Let’s just get this out of the way.

Yes, the fucking Patriots are in the Super Bowl, AGAIN. As a sports fan, I really can appreiate living alongside such an impressive dynasty—I grew up a Chicago Bulls fan in the 90s, after all, and I had no problems throwing their unheard-of double-three-peats in everyone’s face. But the Patriots have been so good for so long that at this point, everyone other than hardcore Patriots fans just wants them to fuck off and die already so someone else can have a turn. But the only chance of that happening this year depended on the Jacksonville Fucking Jaguars, so here we are. Their quarterback, as you probably know, is still Tom “Handsome Tom” Brady. He’s still very, very good when he needs to be, and will be starting his 6th (!!) Super Bowl this Sunday. Bill Belichick is still their evil-genius coach, and fans in the future will never be able to separate Brady’s greatness from Belichick’s. As usual, Tom has Rob Gronkowski, a rotating cast of nameless running backs, and several short white guys at his disposal. It shouldn’t work, but Brady and Belichick make it work, somehow. They play the most slogging, frustrating, irritating brand of football on the planet, slowly but inevitably andvancing the ball up the field with countless 6-yard out-passes from Brady to one of his short white guys. It’s infuriating. They’re going to win by 40 points.

If the Patriots have the worst fans in football (and they do), Philadelphia isn’t far behind. This is a snakebitten team that’s never won a Super Bowl, and faced heartbreak after heartbreak in the 2000s—and they will not fucking let you forget it. Everyone saw the mayhem that ensued after their game last Sunday, and that was a game they WON. Imagine if they shit the bed on the nation’s biggest stage, again (which they will). That city (or whatever’s left of it) will burn to the ground. Their terrible self-loathing is warranted due to their lack of success as a franchise, but that doesn’t excuse them booing Santa Clause and pelting him with snowballs or throwing fucking batteries at their own players.

If there’s one thing that guarantees the Eagles will lose on Sunday, it’s because they lost their starting quarter back, Carson Wentz, to a season-ending leg injury late in the regular season. Filling in for him is Nick Foles, a journeyman who turned in a very good season as their starter, then sucked ass and bounced around the league until he ended back up on the Eagles. He was still really shitty untill he all of a sudden wasn’t in the NFC championship, skeeting all over the vaunted Minnesota Vikings defense in a game pretty much everyone picked Philly to lose. Will he find the magic again to lead the Eagles to their first-ever Super Bowl? Not a fucking chance. Fairy tales aren’t real in the Brady/Belichick era.

Yeah, there are gonna be some long, crazy-expensive, ostensibly funny commercials airing during the game. These are why the game will be four goddamn hours long, and they’ll also be released on YouTube the week before if you can’t wait until then to get your #branding fix. I don’t know why you would do this, but I guess they have to justify that ad spend somehow.

Ok, first of all: You’ve probably made arrangements already, but if you can help it, do NOT throw your own Super Bowl party. I used to do this, because I have a big TV and I’m a fucking idiot. It’s not worth it. Because everyone’s a dipshit foodie now, you’ll spend hours splattering your kitchen in salmonella and getting cayenne pepper under your nails for your “famous” dry-rub wings. Only about half the people you invite will come, and this will simultaneously be a) not enough people to put a dent in the six kinds of dips and entire rack of ribs you set out, and b) still more people than you have seating for. I swear, people TRIPLE in size as soon as they sit down on a couch. Oh, and no one actually Bs their O B despite clear instructions, but no one wants to get off their ass to get more, either. Let someone else be the sucker this year.

When you go to someone else’s Super Bowl party, it’s like any other house party except the TV will be on something you don’t want to watch, there won’t be any music playing, and no one will be drinking enough because they have work the next day. Depending on the host’s request, I suggest bringing whatever it is you want to drink, along with a 12-pack of cheap beer for everyone else. This is a communal event, and the beer will disappear despite no one getting especially wasted. If you’re asked to bring a dish, first of all get better friends, but go with something easy that travels well: chips, some kind of dip, even a tray of mac ‘n cheese if you’re feeling sporty. Whatever it is, the most crucial thing is that it comes in a disposable container. You are never going back for that Croc Pot, no matter how many texts and emails you exchange with the host after the fact. Plus, they don’t want your leftovers. Best to leave them something they can dump down the trash chute.

I’m sure we’ll have a cute post about how to navigate a Super Bowl party without getting fat, and that’s fine. Otherwise, be a courteous guest and sample a little of everything, and politely have a beer or two if that’s what the hosts provided. You’ll be alright. I feel like I don’t otherwise need to explain how to have fun at a party. A strong move is hitting multiple parties, but you have to be strategic. Obviously this is more burdensome if you plan on bringing anything to one or the other. Plus, you have to time it right because you don’t want to miss…

This year’s performer is… Justin Timberlake? Christ, alright. You’re never gonna get someone cool like Cardi B or Kendrick Lamar or whever else you’re mad about not winning a Grammy, and it could be a lot worse. The last time JT performed at a Super Bowl was in 2004, and it was the scene of the infamous TITTYGATE that rocked the nation for a solid 12 hours. Like, we didn’t even really have HD back then, so chill the fuck out, grandma. It was one boob. But yeah, JT’s back, and he has a new album coming out this Friday which probably explains his appearance. There’s no word yet on who else might perform with them, though usually at least ONE guest performer is announced. But we do know he’s been alotted 13 minutes of performance time, which means he’s either going to do a medly of his past 16 or so years of hits (fine), or something godawful, like a Prince tribute. I mean don’t get me wrong Prince rules, but I don’t wanna hear JT squeaking his way through “Purple Rain.” Anyway, this will take place halfway through the game, or roughly 8:00. You’ll want to make sure you’re watching so you can see the “Beyoncé did it better” Twitter takes unfold in real time.

That should do it! Enjoy the game!