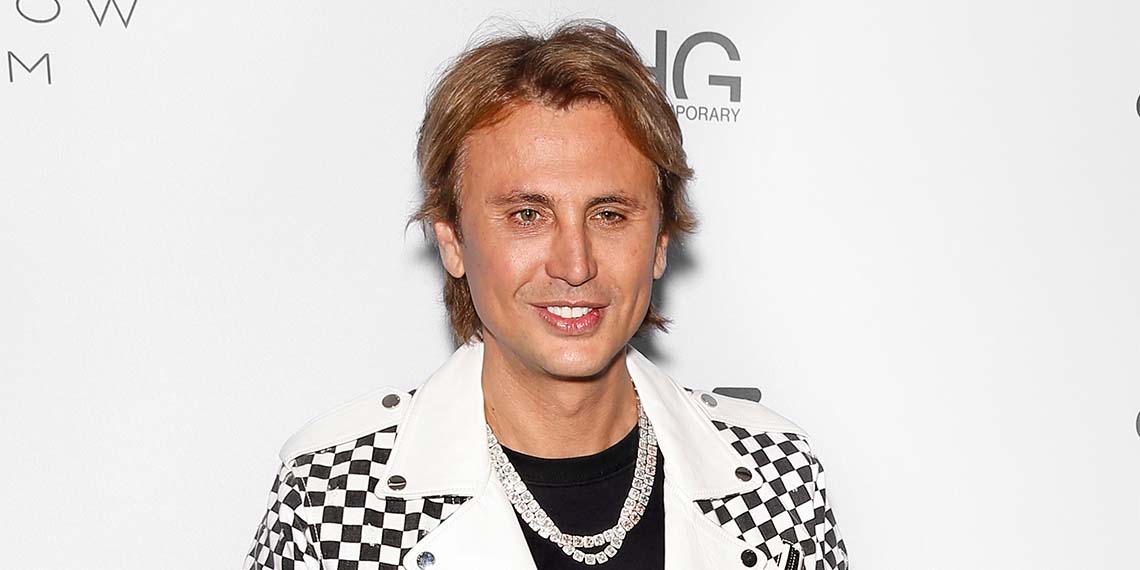 The Cringiest Celebrity TikToks Of 2020

If 2020 is remembered for one thing, it will be how TikTok truly blew up and finally became impossible to ignore (trust me, I tried). Okay, obviously some other important stuff happened this year, but for today’s purposes, let’s just focus on TikTok. While a lot of Gen-Z kids and ~content creators~ were already on the app before this year, the pandemic activated something inside the rest of us, and normal people and celebrities alike flooded onto TikTok like never before.

Some celebs are unexpectedly good at TikTok (Jason Derulo’s special effects are continually impressive), but many others have struggled to master the format. Each week for several months, I’ve been cataloging some of the most cringeworthy celebrity TikToks, and now that this bizarre year is drawing to a close, it’s time to look back on some of my (least) favorites of 2020.

I don’t want to be too negative here, so I’ll start by saying that at least Dr. Phil’s TikTok account isn’t boring. He’s out here doing the most, giving psychology tips, chugging cranberry juice, and dancing in a Grandpa Joe costume. I don’t particularly like any of it, but at least he’s trying. But this video of him imploring his followers to stop calling him “daddy” is straight-up bone chilling. Never has it EVER occurred to me to call him that, and it concerns me that enough people have for him to address the issue. Guys, PLEASE don’t.

Tyra had kind of a random resurgence in popularity this year, as people spent their quarantine reliving all the wild old seasons of America’s Next Top Model, and she landed a new gig hosting Dancing With The Stars. Her hosting work on TV has always had a slight unhinged energy to it, and her presence on TikTok is really no different. This TikTok—one of several she filmed in a row, judging from the repeated outfit—features her acting like she’s in some kind of horror movie, and screaming random words in her sentences. Okay, now I actually think a Tyra Banks horror movie could be kind of amazing.

If you follow my weekly list, you’ll know that Foodgod brought a lot of cringe this year, but most of his videos are of him shoveling nasty food into his mouth like a hungry animal. Those are upsetting, but in the spirit of keeping things interesting, I’m highlighting this truly bizarre video of him riding off into the sky on a stationary bike. As he calls into the distance “FG phone home,” I can’t help but ask myself, what the f*ck is happening here? Where did this concept come from? Did he pay someone to edit this? I need ANSWERS.

@hannahg11just always thought about this, I know it sometimes takes a while to show but STILL that’s a lot of ppl ##keepingactive ##healthheroes ##thoughts♬ Confusion – Tik Toker

Many of the videos on this list have more of a visual cringe factor, but this one just makes me sad, and a little concerned. Bachelor alum Hannah Godwin has a question: if every single person in the world comes from a pregnant woman, why don’t we see more pregnant women walking around? She’s right that there are seven billion people on the earth, but she seems to miss the concept that those people have been born over the past like, 100 years. I know time isn’t real or whatever, but it’s not that complicated.

I’ve never watched Riverdale, so I honestly have no real opinion of KJ Apa, but his content on TikTok gives off very strange vibes. For much of the year, he’s been quarantined up in Vancouver with his cast and crew, and things have gotten a little weird. In this video that I think about way too much, he dips his hair into a cup of tea, and then lets the tea drip onto his tongue. I don’t need to explain why this is gross, but it’s also just… not something that people do. Idk, I’m uncomfortable.

Barbara Corcoran is easily my favorite investor on Shark Tank (I met her once, and she was lovely), but when it comes to her TikTok, I’m out. In this video, which is inexplicably set to Justin Bieber’s “Lonely”, she actually looks like a middle school boy wearing a too-big backpack. Something is off from the beginning, but when the imaginary POV in her Shark Tank scenario says they’re going with Mark’s offer, she makes a choking motion as if she’s being yanked off the screen, and the look in her eyes is low-key terrifying. Like, Barbara, are you okay?? Blink twice if you’re okay.

Congratulations, you’ve reached the “WAP” dance part of the list. This trend was fun at first, and some of the videos are super impressive, but unsurprisingly, famous people had to go and ruin it for everyone else. Addison Rae was one of the breakout TikTok stars of this year, and her rendition of the dance is like, flawless, but her mom Sheri really missed the mark. The original TikTok was deleted after Addison got mad about it, but thankfully it’s been preserved on YouTube.

I couldn’t limit myself to just one “WAP” video, and my other winner is Jack Black’s attempt. I hadn’t really thought about Jack Black in a while, but boy, is his TikTok a trip. I respect Jack Black’s right to do whatever he wants with his Speedo and garden hose, but maybe we don’t need to see the footage. And besides, the choreography clearly needs some more work.

Isn’t it wild that Peter’s season of The Bachelor was less than a year ago? His season ended on a low note, with back-to-back breakups with Hannah Ann and Madison, but ultimately he ended with his fourth runner-up, Kelley. I could have included one of Pilot Pete’s sappy videos dedicated to his and Kelley’s relationship, but if I’m honest with myself, the video of his that made me cringe the most was his thirsty AF mom Barb doing this twist on the “Savage” trend. I don’t like that this sound implies moms and wives *can’t* be savages, and Pete’s dad saying this to Barb feels icky. Barb, stick to what you do best: crying about how much you love Hannah Ann.