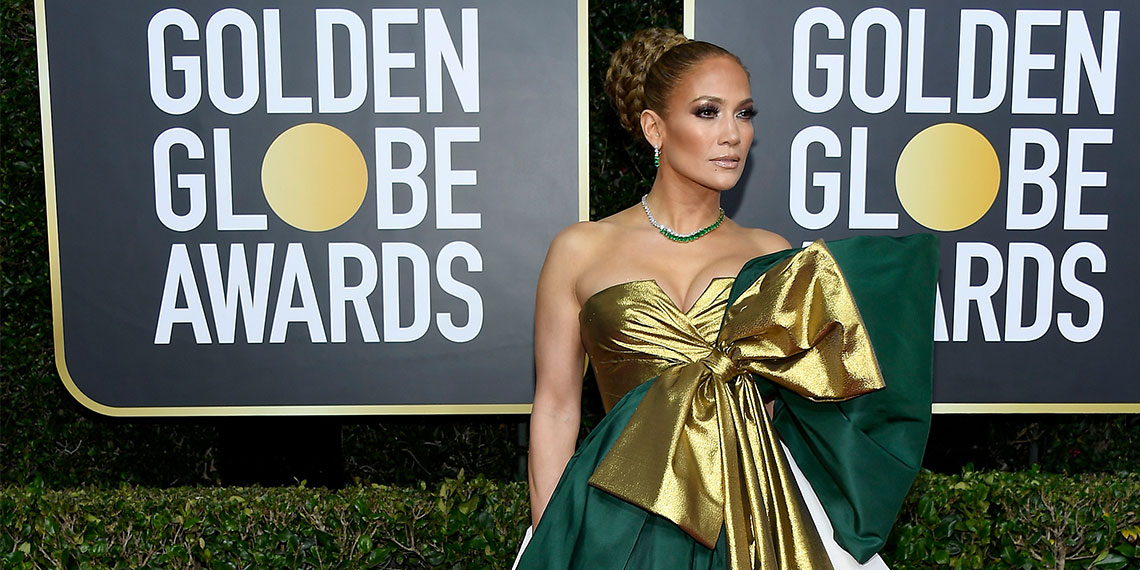 The Best & Worst-Dressed From The 2020 Golden Globes

Last night, we all begrudgingly watched the 77th Golden Globes, officially kicking off the two-month long headache that is awards season. As always, the show was… whatever, with lots of shows and movies that you probably haven’t seen winning the awards. Don’t worry, we’ll do a full recap on all the highlights and lowlights in a bit, but for now it’s time to focus on what’s important: the red carpet. This year, Hollywood’s biggest stars paraded around in looks that ranged from stunning to stunningly bad. This red carpet really had it all: feathers, rhinestones, and Gwyneth Paltrow in a fully see-through Victorian gown. Yeah, idk either.

Here’s our breakdown of the best and worst looks from the 2020 Golden Globes red carpet, and if you disagree, I’ll see you in the comments. Drag me!

Jennifer Lopez has spent 20 years breaking the internet in gorgeous gowns, so I guess it was only a matter of time til she, well, f*cked it up, and I may be the only person brave enough to say it. Her dress looks like the Christmas poinsettia that my mom probably still hasn’t thrown away. Honestly, if J.Lo ever doesn’t know what to wear to one of these events, she should just throw on the jungle dress again. No one would complain!!

As has become tradition at every event he attends, Billy Porter said “f*ck gender norms” and shut down the red carpet. His sparkly white jacket with a full feather train is the exact amount of extra that I’m trying to bring in 2020. If you’re getting married this year, sorry, but I’m going to wear this and look better than you.

Taylor’s hair and makeup look great, and this is a pretty dress, but it looks like something I’d wear to a bridal shower, not the f*cking Golden Globes. However, the biggest joke of all was that Taylor Swift was at the Golden Globes not as Joe Alwyn’s plus-one, but because she was actually nominated… for Best Original Song from CATS.

Ana de Armas was nominated for playing a woman who can’t stop puking in Knives Out, so I was hoping her look wouldn’t make me want to vom. She f*cking turned it out in this sparkly navy gown, so good for her. She has like five movies coming out this year, so she’s definitely one to watch.

Of all the people who showed up in dance recital rhinestones, Saoirse pulled it off the best. She looked classical and effortlessly beautiful, and she looks like she’s wearing a swipe of mascara and that’s it. The bitch.

We love Sofia, which makes this look all the more painful. This is gonna hurt me more than it hurts her: she took the top half of Ariana Grande’s fluffy pink top in the “Thank u, next” video (the one where she’s Elle Woods doing the Bend and Snap) and the bottom of a shower loofah. Really, loofah dresses should have never started, but since I can’t invent a time machine, they should have stopped last year. The hair didn’t help either… this reminds me of New Year’s Eve, when I tried to pin my hair up in a fake bob to look like a flapper, and it started falling out after one tequila shot.

Olivia Pope don’t need no shirt! Minus the jewels that probably cost more than my parents’ house, this is the exact outfit I wore to every CEOs and corporate hoes mixer in college. I’m not mad about it.

Joey King showed up in a couture look that’s like an optical illusion, but it didn’t quite trick us into liking it. Honestly, if she had just shown up dressed as Gypsy Rose Blanchard, I would’ve put her on the best-dressed list. Shame!

It feels like Nicole Kidman is nominated every single year, but she always looks great on the red carpet. Nicole is one of those people who can basically pull anything off, and she didn’t disappoint in this simple but stunning red gown.

Dakota is one of the most beloved child stars, but I think she missed the memo that she’s no longer a child. This dress is pretty, but it looks like what the little girl wears to the fancy family Christmas party. I’m glad Dakota hasn’t become a mess like some other child stars, but she could stand to edge it up a little.

Stay tuned for our full Golden Globes 2020 recap, and like I said earlier, drag me in the comments.