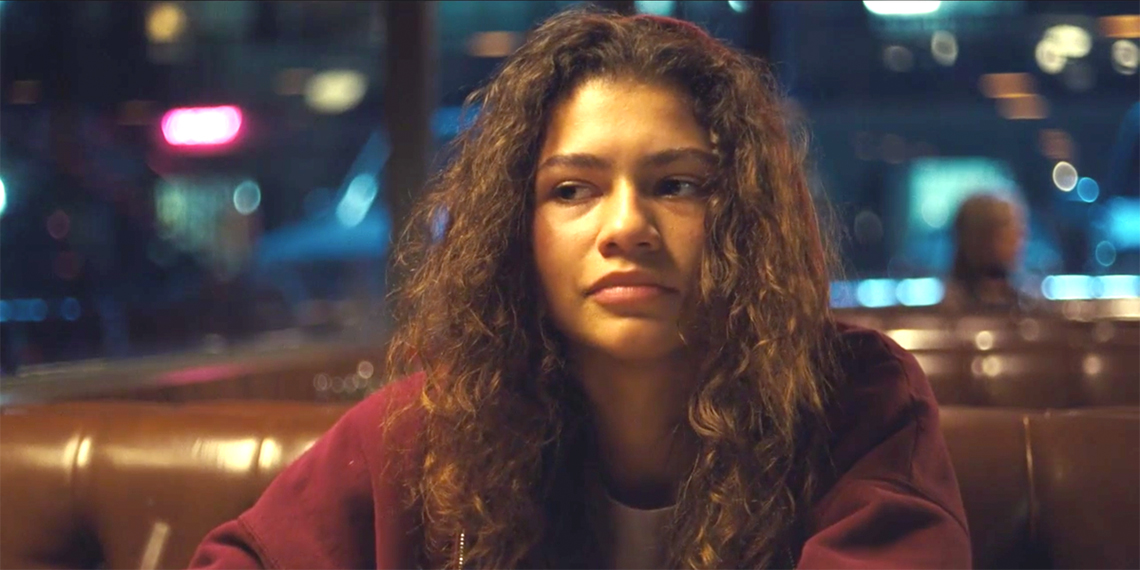 This might sound dramatic, but there’s nothing more frustrating than waiting forever for your favorite show to come back. Even for shows that stick to a strict annual schedule, the off-season can be a lonely time, and sadly, the pandemic has really messed with TV calendars. When Euphoria’s first season concluded in August of 2019, we assumed that it would be a while before the second season rolled around, but we had no idea just how long the wait would be. With no premiere date set for season 2, luckily HBO came through in a major way, and decided to give us two special episodes of Euphoria to bridge the gap between the seasons. The first special, “Trouble Don’t Last Always,” dropped over the weekend, and it shows us what’s happening with Rue shortly after the conclusion of the first season.

If you haven’t watched yet, there will be spoilers ahead, but it’s no big secret that this isn’t like a normal episode of Euphoria. We only see Rue, Ali, and Jules (briefly), and the majority of the episode is one long conversation at a diner. It’s deep and emotional, and while it may not have all the bells and whistles that you expect from Euphoria, it’s an impressive character study that we wouldn’t get in an episode with 20 other subplots happening. Keep reading for the five biggest takeaway from the first special episode.

In the season 1 finale, we saw Rue relapse after being left by Jules on the train platform. After a sort of dream sequence of her perfect life with Jules, the special finds Rue at the diner with Ali, and she’s in really bad shape. Ali quickly sees through her unconvincing act of having her sh*t together, and he spends the next hour getting real with her about a wide range of topics relating to addiction. I don’t know about you, but I was barely keeping it together for most of the episode, and I f*cking lost it when Rue said she didn’t plan on being around much longer. By the end, it seems like Ali may have finally gotten through to her, but as we know, addiction isn’t a problem you just solve right away. But as they drive off in the rain, it does seem like there is hope that our main character will find her way out of this dark time.

2. Rue Is An Unreliable Narrator

In season 1, Rue literally told us that she can be an unreliable narrator, but at the time we didn’t know if that detail applied to what we were watching. But after taking Rue’s relationship with Jules at face value last year, the special reveals that some of that sh*t never happened. The big reveal here is that Rue and Jules never actually got the lip tattoos we saw them getting in season 1—they just talked about doing it. In the grand scheme of everything that’s happened on this show, it’s a small detail, but it could open the floodgates in terms of what little lies Rue has told the audience.

We also see that for the first time, Rue is confronted with the realization that she and Jules were never officially in a relationship. We’ve all been there, and it sucks, but Rue had to figure it out sooner or later. You always have to DTR!! This wasn’t necessarily new information to us, but during season 1 it was definitely tempting to see things from Rue’s perspective. As much as I love Rue, Jules didn’t actually cheat on her, and honestly, she should probably just focus on herself for a while.

Now that we’ve gotten a deeper look at the aftermath of the season 1 finale for Rue, it only seems fair to get Jules’ side of the story. HBO has confirmed that “Rue” is the first of two special episodes, and while we don’t have a premiere date for the second one yet, it should be coming soon, considering that Zendaya referred to the two specials as “the Christmas episodes.” As for the content of special #2, it appears that it’ll show us what’s going on with Jules. In the “Enter Euphoria” featurette for the special, series creator Sam Levinson discusses the limitations of Rue’s perspective, saying “it leaves open the other side of the story, which is… Jules’ side.”

So basically, we’re getting a Jules special, is really exciting for a couple reasons. Up until now, the entire show has been more or less told through Rue. Her narration guided season 1, and as we just discussed, she’s not always the most accurate. It’s going to be a whole different experience to hear Jules telling her own story, and this opens up a lot of possibilities for future storytelling methods and character development. Also, we have no idea what happens with Jules after she gets on that train! In her special, we could meet new characters, or encounter other characters we already know, or who knows, it could literally be Jules talking to herself for an hour. The possibilities are endless!

This is less of a takeaway and more of a vague conspiracy theory. Season 2 of Euphoria was originally supposed to begin production in March of this year, and was put on indefinite hold just days before as everything shut down. Sam Levinson quickly pivoted his focus, and we found out over the summer that he had secretly made a movie during quarantine starring Zendaya and John David Washington. The movie, Malcolm & Marie, is coming to Netflix in February. So, you ask, what does this have to do with Euphoria? Well, in the special episode, we find out that Ali has a daughter named Marie (!!!) who resents him for his past.

This could be a total coincidence, but considering that both stories were written by the same person, it’s fun to imagine that the stories could be somehow connected. We’re going to be waiting a while for season 2 of Euphoria, so maybe we can pretend that Malcolm & Marie is another special episode. Either way, I’m excited for it.

So yeah, about season 2. While I loved the special episode, it was nothing like a normal episode, and I won’t pretend that I didn’t miss all my favorite characters, like Maddy and Cassie and Lexie and Kat and Ethan and okay I really just love all of them except Nate. The special gave us some insight about what’s ahead for Rue (hopefully getting sober again), but the other storylines are still completely up in the air.

As for a timeline of when we can expect to see the second season, don’t hold your breath. Filming won’t start until early 2021, and the cast has frequently discussed how long and complex the Euphoria shooting process is. In a new interview with Cultured, Alexa Demie said “there is a possibility that it’s out next year,” so I definitely wouldn’t expect a premiere date until later in the year. Either way, season 2 is definitely happening, so let’s hope it’s worth the wait.