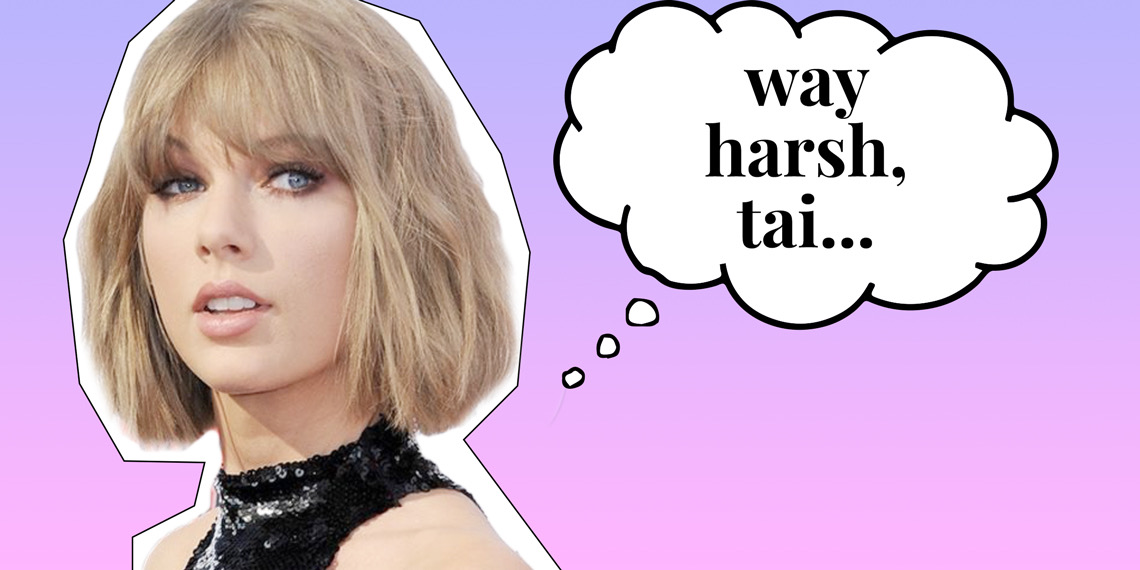 Taylor Swift’s Fans Are Going Crazy Over Her VMAs Snub

We’re getting into the second half of summer, which means it’s time to talk about the MTV VMAs again. Now the VMAs are known for always producing iconic performances and ~moments~, but usually no one really cares about the awards. Usually. Well, the nominations came out this week, and Taylor Swift got snubbed in all the biggest categories. Wow, I’m speechless. Considering that she’s won the Grammy for Album of the Year twice, Taylor probably doesn’t even care about this, but rest assured her fans had plenty to say.

First of all, let me note that Taylor didn’t get left off the nominees list entirely. The video for “Look What You Made Me Do,” which I had some thoughts about at the time, scored noms for Art Direction, Visual Effects, and Editing. So basically, all the categories that no one GAF about, even if Taylor has the best art director or whatever in the game. Good for her, but she was left out of categories like Video of the Year, Song of the Year, and Artist of the Year. Basically, whoever decides the nominations for the VMAs was reaaaally not feeling Taylor’s new album. Whoever you are, hit me up, we could be friends.

Here are some of Taylor Swift’s fans who had absolutely no chill after the nominations were announced:

Taylor Swift did not break the 24 hour VEVO record with 43.2 MILLION views for @vmas to snub LWYMMD like that. pic.twitter.com/F2rnSLgJ3C

Good for you, you watched it 43 million times in a day! I was definitely two or three of those views (for research purposes only).

let’s not pretend that lwymmd wasn’t one of the most iconic pop culture moments of all time. i mean it broke the vevo record FOR A REASON pic.twitter.com/ODKz8MoCeB

Okay, props for the Kris Jenner GIF usage, but calling the video one of the most iconic pop culture moments of ALL TIME is a bit of a stretch. I mean, this is no Janet Jackson’s nipple at the Super Bowl, let’s be real. Also, if we’re really talking about iconic pop culture moments, what about the moment with Kim and Kanye that inspired this song in the first place?? Right, that’s what I thought.

Wow, they really seem focused on this Vevo record, huh? Honestly, it’s been like a decade and I still haven’t gotten a clear explanation of wtf Vevo is, and how it’s actually different from YouTube. Congrats to Taylor on her record, I guess, but these are just not convincing arguments. It’s almost as if using a video to reignite a petty feud from two years ago and rip off “Formation” isn’t as groundbreaking as, say, a video exploring the difficulties of being black in America. Hm.

To her credit, Taylor herself has been quiet about the VMA nominations (or lack thereof), so all we’ve really learned is that Taylor Swift has some rabid fans. What else is new? Feel free to pop off in the comments section about how evil I am, because haters are my motivators. Also, I’d like to admit that I don’t hate “Delicate,” despite how hard I’ve tried. That’s all for today, I’m tired of talking about this.