As any internet user knows by now, two icons received sudden and shocking makeovers this month: the Green M&M and Minnie Mouse. Both characters were given new looks under the guise of making them more modern and representative of today’s audiences, but both fell flat, causing folks to take to Twitter to air their grievances.

The question on everyone’s tongues (or rather, on the tips of their thumbs) was: why? Why did the sexy Green M&M need to become less sexy? Why did Minnie Mouse need to swap her iconic mini dress for a rather slovenly pantsuit? Why couldn’t they remain their feminine, confident, boss bitch selves? WHO ASKED FOR THIS?!

The Green M&M was the first victim, when Mars Wrigley revealed an updated version of all of its main M&M characters. At first glance, not much appears to have changed. In fact, almost all of the new M&Ms look nearly identical to their original counterparts. Upon further investigation, it becomes clear that the only M&Ms to receive significant makeovers were the two female-coded ones: The Brown M&M and the Green M&M.

Now, let’s discuss Minnie Mouse’s clunky transition into her pantsuit era. Last week, Disney revealed that, in honor of Disneyland Paris’s 30th anniversary, Minnie Mouse will hang up her red and white polka dot dress and instead don a purple and black polka dot pantsuit designed by Stella McCartney. I didn’t know that Minnie Mouse, a cartoon, had a preferred human fashion designer, but go off queen.

If the shockwaves from the Green M&M’s transition to school-marm chic were seismic, the reaction to Minnie Mouse was more of a rattle. However, it is still worth examining. Instead of reading into the problematic implication that, in order to be a modern business bitch, Minnie Mouse has to embody a more masculine persona (because we all know cute ladies in dresses can’t be taken seriously!), the louder, more conservative voices on the internet decried the new look as another attack by the “woke” mob. They argued that all that we hold dear as a society is being ripped away with no regard for tradition. May I remind everyone that she, like Green M&M, is… just a cartoon character?

Now, I would like to make it extremely clear that my frustration with these two new lewks is not that I think they are contributing to the “unraveling” of the “fabrics of our society” as Candace Owens stated, or that Mars Wrigley “will not be satisfied until every last cartoon character is deeply unappealing and totally androgynous….When you’re totally turned off, we’ve achieved equity…” as Tucker Carlson exclaimed while seemingly admitting that he is upset that he no longer wants to fuck these cartoon characters.

What is the most upsetting aspect of all of this, is that the execution and reaction of both of these reveals has brightly illuminated a problematic truth of our society. No matter how hard companies, societies, and individuals try to be more feminist or equitable towards people of all genders, the patriarchy still comes out on top. Every. Single. Time. This entire phenomenon has shown that even characters that are entirely fictional are not immune to being sexualized or, conversely, being criticized for not being sexual enough for Tucker Carlson to want to fuck.

These physical changes alone are not enough to represent inclusion and diversity, nor do they take into account the complex internal lives of these characters (and yes, I know how crazy that sounds). This is exemplified by the fact the new Orange M&M has become more open about his anxiety (this deserves a separate analysis), but no one is really talking about that. It is all about the ladies. This entire cultural phenomenon is indicative that, no matter how a woman chooses to live her life both internally and externally, there is always room for criticism. It’s a losing battle.

It is in pitting us against each other using cartoon characters as our proxies that the patriarchy keeps its grubby little fingers pulling all of the strings. We find ourselves spending time on Twitter yelling into the literal void about these makeovers that no one asked for. We engage in the debate on what a woman is or isn’t and how their cartoon counterparts should be representative of and encompass all of these multiplicities.

I don’t think these two makeovers are intentional distractions (as Candace Owens would suggest), but they are distracting us from unifying around what would actually affect progress in this country. Listening to what women really want. Even if all they want is, and I am just spitballing here, equal pay, safe access to abortions, and parental leave. We want to be viewed as whole beings, not as sexy or not or serious or not. We want to wear our cute mini dress or dance in our go-go boots or put on a pantsuit because it’s what makes us feel authentically us, not because we are trying to ruin someone’s day or own the conservatives or fuck up society as we know it. These big corporations need to understand that their performative progressivism may actually be doing more harm than good, and they need to start actually listening to what women have been begging for for literal decades. Unlike the Green M&M and Minnie Mouse, we are three-dimensional characters and deserve to be treated as such. 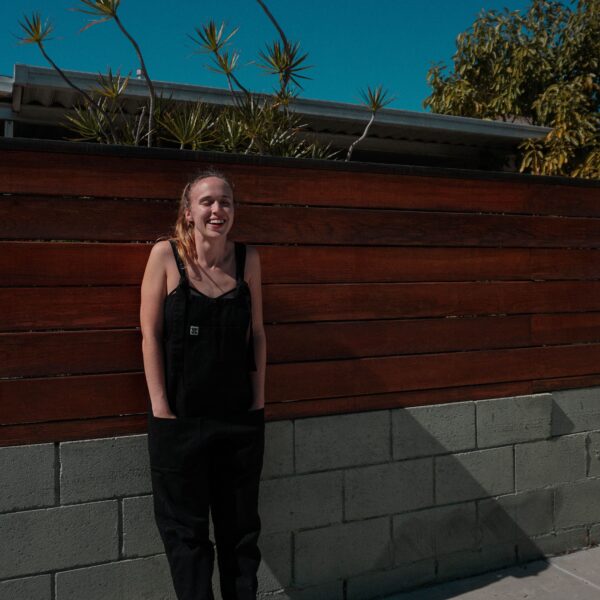 Courtney is a writer, actor, and comedian living the dream (barely making rent) in LA. She wiles away the time by ingesting wine, cheese, and reality TV. If you can’t find her, try looking in the bedroom closet, as she is most likely to be hiding in there, cuddled up with her cat/best friend, Bella.