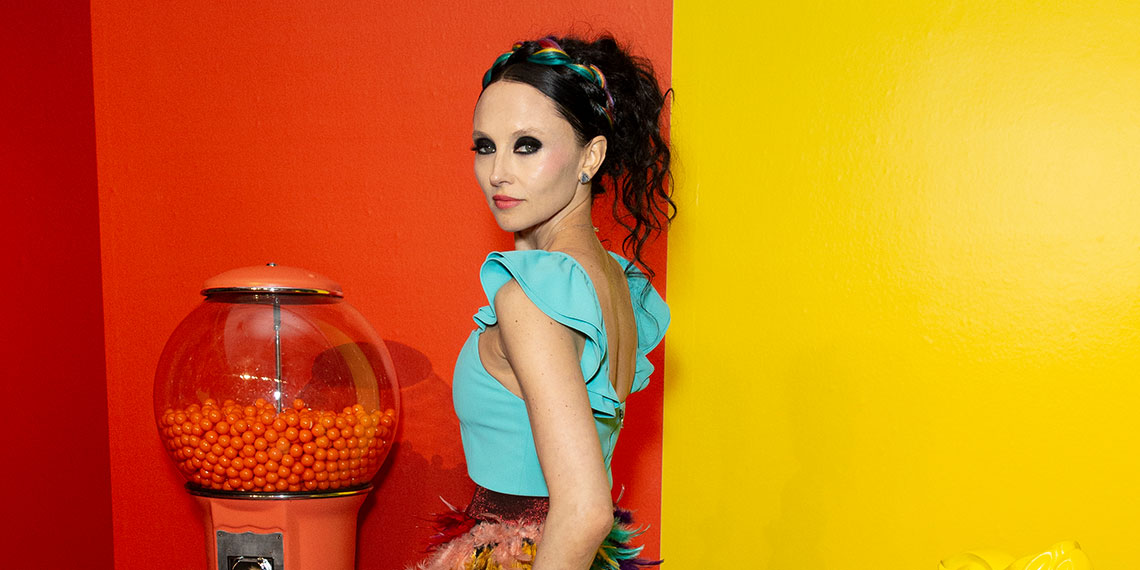 I already tossed my Steve Madden heels to the curb after they broke not once, but twice while out dancing at a college bar—but now I’m officially never buying Steve Madden shoes ever again.

Posh fashion label Alice + Olivia founder Stacey Bendet posted a video on her Instagram of Steve Madden (founder of fashion giant Steve Madden, maybe you’ve heard of him?) essentially cussing her out in a hotel lobby. Bendet explains that the altercation began after Steve Madden complimented her outfit, and she responded by asking if he was going to “continue to copy it like he did with my trademarked Stace designs”.

The bad blood, and the incident to which Stacey is referring, between Stacey Bendet and Steve Madden goes back to 2018, when Alice + Olivia sued Betsey Johnson for copyright infringement. The design that Stacey Bendet is referring to in the video is an extremely distinctive face design on a handbag—she trademarked this face design and Betsey Johnson (a brand that Steve Madden owns) knocked it off. I bet the judge was so happy when they got assigned this case, because it’s literally just a matter of looking at two photos and being like “oh yeah, duh. Guilty.” According to TMZ, the two parties reached a settlement last year, but we don’t know anything about the terms, and clearly, Bendet is not over being ripped off.

This isn’t the only time Steve Madden has come under fire for crossing the line between taking inspiration and flat-out stealing designs. He’s been sued in the past for plagiarism for stealing trademarked designs and was sued by Allbirds in 2017 for allegedly copying their wool lace-up sneakers.

But don’t just take my word for it. Here are examples of the Alice + Olivia StaceFace design, along with the Betsey Johnson bag in question:

So, when Bendet ran into Steve Madden himself, she obviously had to say something about the designs. While you could say she “started” the back-and-forth, I respect her for coming back at Steve Madden. It’s her damn business and livelihood! Watch the exchange below.

I usually have my feed filled with positivity, female empowerment and the beautiful clothes my team and i are so proud to create—-but today I am posting this example of bullying, copying, and overall disrespect toward creativity and women—[email protected] launches a verbal assault on me in a hotel lobby—-he said hello and complemented my outfit and I asked him if he was going to continue to copy it like he did with my trademarked stace designs 🤷‍♀️—-you can see him lose his temper and become aggressive using vulger language all while my four year old screams mommy in the background——I am sharing this because his behavior is not acceptable in business or life—-he could have apologized or showed some remorse—but no, he responds with intimidation—we can’t stop bullies unless we stand up to them!!! I hope what my daughters learned was how you never let a man or anyone) speak to you this way!

After Bendet asked Madden if he was going to copy her again, he said, “Honey, if you’re going to be rude, you can go f*ck yourself.” Honey???? *Vomits*. While he didn’t raise his voice, his words were crude and there’s simply no reason it had to go there. Imagine a 60-something-year-old man coming at you like Ken from The Real Housewives of Beverly Hills, “goodbye Kyle” style. Also?? I’m tired of men telling women who are simply trying to stand up for themselves that they are being “rude”.

After throwing a few more f-bombs around, Madden goes on to say, “You copy people all the time,” to which Bendet responds by explaining she has the “trademark branded Stace” (the distinctive face we keep going back to). For Steve Madden to accuse someone else of “copying”—just lol. He says, “We were making faces way before you,” and gets up real close to the camera, and suddenly even those WASP-y pink salmon pants he’s wearing feel intimidating.

There are obviously two sides to every story, but I think we can all agree that what we’ve seen here is classless, and contrary to what Madden said to Bendet, he is the one being rude and completely out of line. In the caption to her post, Bendet wrote, “I am sharing this because his behavior is not acceptable in business or life—he could have apologized or showed some remorse—but no, he responds with intimidation—we can’t stop bullies unless we stand up to them!!! I hope what my daughters learned was how you never let a man or anyone) speak to you this way!” Preach.

Guess our feet will have to survive without him, though we as a society have tackled bigger challenges. So long, Steve Madden!