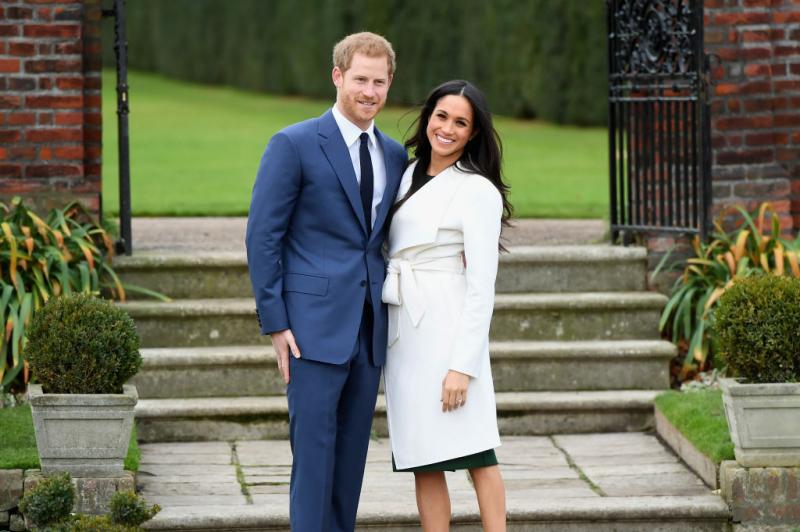 There are many important parts of any successful wedding: the perfect dress, the perfect venue, comfortable shoes, and high stress levels that will give you multiple mental breakdowns before the day is over. Any wedding is stressful but our new look into the royal wedding itinerary is making me rethink my desire to be the next Meghan Markle, because yikes.

This isn’t like a regular wedding, it’s a cool wedding. The ceremony will be at noon at St. George’s Chapel, which is literally the most beautiful building I’ve ever seen, and I think I want to be buried there. The Archbishop of Canterbury, who’s basically like the British version of the Pope, is officiating the ceremony, so like no pressure. At 1pm there’s a carriage procession back to the castle (naturally), where there will be a larger reception followed by an intimate party for close family and friends. Two wedding receptions is such a relatable choice, I’m def adding that to my Pinterest board.

The wedding service will begin at 12noon at St George's Chapel. The Dean of Windsor will conduct the service and The Archbishop of Canterbury will officiate as the couple make their vows. pic.twitter.com/dTS56fy22c

We’re still patiently waiting on our invite, which is probably just lost in the mail? Ha ha, right guys?? We’re really curious if any of Meghan’s actor friends/trash people managed to get invites, and if so they’ll probably be seated at the absolute shittiest table in the corner. I really need footage of the entire cast of Suits arguing over who has to go over and say hello to the Queen, because that will be a shitshow.

We only have approximately three months left before this wedding, so I’m really sorry but it will be all I’m talking about from now on. Please feel free to approach me with conspiracy theories about who’s designing the dress, or how they’ll honor Diana during the ceremony, but I really don’t want to hear about anything else.