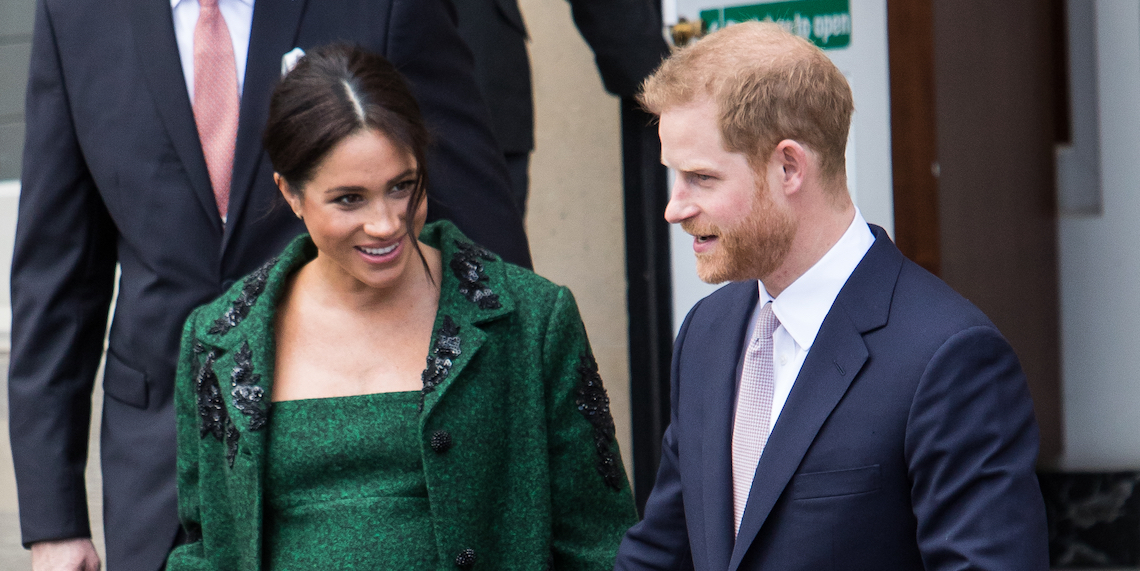 What The Royal Baby’s Birth Chart Predicts About His Personality

On Monday, May 6 at 5:26 a.m. Meghan Markle and Prince Harry, the Duchess and Duke of Sussex, welcomed a baby boy—jolting our collective ovaries and filling our Instagram feeds with congratulatory posts. The royal baby is seventh in line for the throne, and the eighth great-grandchild for Queen Elizabeth. And while most are busy waiting for a photo and a name reveal, thanks to astrology and the birth time, we’re already able to take a deeper look into the royal baby’s personality and what his relationships with his parents might be like.

The royal baby, like Queen Elizabeth, is a Taurus, a sign that’s noted for appreciating the finer things in life. Tauruses are stubborn, strong leaders, making this kid a natural fit for royalty. The royal baby is also a Taurus rising, which will give him a commanding personality and ability to influence. Sharing a sun and rising sign, both in Taurus, will strengthen the royal baby’s ability and desire to operate from a position of power. Early on in his life, this can manifest as boastful or arrogant, but as he matures, he will be able to lead with grace and leave a strong impression on others.

We are pleased to announce that Their Royal Highnesses The Duke and Duchess of Sussex welcomed their firstborn child in the early morning on May 6th, 2019. Their Royal Highnesses’ son weighs 7lbs. 3oz. The Duchess and baby are both healthy and well, and the couple thank members of the public for their shared excitement and support during this very special time in their lives. More details will be shared in the forthcoming days.

When he was born the moon was in Gemini, which will only add to his charm and intellect. He’ll be able to make emotionally controlled decisions and be an effective communicator. There can be some anxiety with this placement of the moon—there is a tiresome restlessness and curiosity that could cause him to overthink or talk a lot. Mars, the action planet that drives our ego and desires, clashed with Jupiter, the planet of abundance, in the sky at the time of the royal baby’s birth. This points to a competitive spirit, possible temper (tantrum) issues, but overall an overwhelming passion for life. Venus, the planet that rules love and affection, made a hard connection with Saturn, the planet of restriction, at the time of this birth. This particular sync up can mean a lack of self-confidence that can be ultimately damaging to personal, romantic relationships. Feelings of rejection and loneliness might haunt the royal baby and keep him playing the field longer than necessary instead of settling down. He’ll have to work on self-love before he can enter a committed, sustainable relationship.

So, he’s got the spirit of a royal and the foundational skills to lead, but what’s life going to be like growing up with mom and dad? Meghan is a fiery Leo and Baby Sussex is a grounded Taurus. By nature, the personalities of these two sun signs can easily clash. In astrology, they form a tense aspect called a square, which can bring energy to the relationship, but also pose a handful of challenges. The basic personality needs of each sign are not compatible, which can be draining and cause ego conflicts. It adds an element of frustration and competition to the way the pair interacts.

But Meghan’s affectionate Venus sign is in Virgo, a fellow earth sign that’s incredibly compatible for Taureans. The way she loves and gives affection links up harmoniously with the royal baby’s Taurus sun and rising sign, adding levity and unconditional love to the relationship. Meghan and her baby also have moon signs in intellectual air signs—Meghan’s in Libra and Baby Sussex’s in Gemini. The way they process emotions is very similar, which will create a comfortable and loving home environment.

Prince Harry and the baby share an astrological aspect that is one of the most highly-touted among astrologers: a sun-moon conjunction, meaning the baby’s sun sign (Taurus) is the same sign as Harry’s moon sign (Taurus). The sun represents our outer self, while the moon represents our inner self. When two people share this aspect they form a deep bond, and share a mutual, effortless understanding of the other’s nature. There is an unrivaled trust in one another’s personality and belief system.

Despite this powerful connection, that’s not to say Harry is destined to be the favorite parent—there are still some stressful planetary connections between the pair. Harry’s Saturn, planet of restriction and structure, forms a stressful connection to Baby Sussex’s Venus, the planet of love. This can result in Harry being overly critical of the royal baby’s actions, or overly demanding of him in general. Baby Sussex in turn might view his dad as unsympathetic over time. Harry’s Saturn also forms a tense aspect to the royal baby’s Sun, his basic sense of self. Baby Sussex might feel as if he can’t be his true self when he’s with Harry—like he needs to hide or suppress part of his personality. This also feeds the overly critical nature of Harry’s Saturn, and might leave the royal baby feeling overly sensitive.

This afternoon, His Royal Highness The Duke of Sussex shared the news of the arrival of his and the Duchess’ first born child. Their son was born early morning on the 6th of May, 2019 and weighs 7lbs and 3oz. Their Royal Highnesses thank you for your support and kindness during this exceptionally joyful time in their lives as they welcome their baby boy.

That being said, we’ve certainly got time to see how Baby Sussex’s personality develops over time. All that’s certain for now is: He’ll be charming af and a natural-born influencer, most likely on the political (or social media) scene. Now back to waiting on that name reveal.

Stephanie Campos-Powell is an astrologer, mystic, editor, writer, and cat lover (she has four). She’s a Leo and truly believes she missed her calling as a child star. Reading celebrity birth charts makes her heart flutter, and so does Zumba. In her spare time, you can find her creating passive aggressive astrology memes and trying to make the world a more magical place.