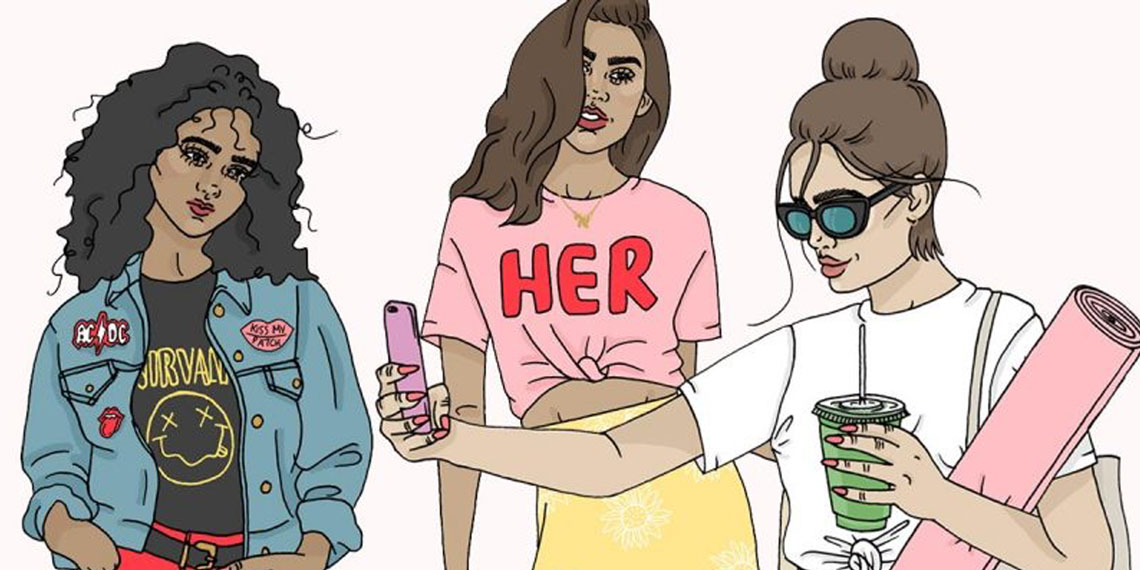 RIP, Babe.net. You Were A Sloppy Party And I’m Still Hungover.

Babe.net, the millennial pink Barbie dream house of a women’s website that became famous for its article accusing Aziz Ansari of sexual assault, has failed. Well, failure might be extreme, as their Instagram and some loyal staff tattoos still remain. According to a rollercoaster of an article in The Cut, Babe has ceased to create gems like “Here’s what type of hoe you are based on your star sign” forever. Looks like they should’ve hired me when I applied to work there in 2017…

While it would be fair to blame the journalistic vodka-cranberry blackout that was the arguably sloppily reported Aziz Ansari piece, The Cut indicates that a series of other unprofessional practices contributed to their untimely demise. Babe, an extension of the British college news site, The Tab, was aimed at 18-24 year olds, run by 18-24 year olds. What could possibly go wrong?

Before the Aziz piece broke, I interviewed for a “job” at babe.net that would pay me a stipend for a 9-5 work week what I make in one night of bartending. It was a video fellowship with the sparkly pink promise of a salaried position, and while I wasn’t eager to be broke, the work environment at Babe was, I’m embarrassed to admit, intoxicating. If “America Runs On Dunkin’,” Babe ran on “rosé all day.” It looked like an imaginary job created for the female lead in a rom-com who works at a hip magazine full of attractive twentysomethings sipping iced coffees out of the corners of their lip-glossed mouths. I immediately wanted to be a part of this hyper-feminine media universe, despite the offensive starting wage. This financial sacrifice isn’t a Babe-specific problem, but rather, a theme across the board in women’s media—give young women a creative voice instead of money. Who needs health insurance when there’s happy hour?

My 13 Going On 30 career goals were quickly shattered when it became clear that aging, like money, was a foreign entity at Babe. The women interviewing me were exactly 23 years old with botox injections in their eyebrows. When they asked which “vloggers” I admire, I sensed they could see right through my choker-shirt to a person who doesn’t know which Kardashian is Kylie Jenner. I had failed to present myself as a fun and flirty yet feminist tastemaker. However, when they asked me to produce a video for the second interview, I was blindly confident I’d locked down this glorified internship. The tagline for babe.net is “for girls who don’t give a f*ck.” After all, I’m a girl. I’ve been known to not give a f*ck.

In an off-brand move, the second interview was conducted by a man. Being around 28 at the time, Joshi Herrmann was referred to as “the office elder.” The staff bragged to me about how there’s “nobody in their forties telling them what to do.” I immediately thought of alternative slogans: “At babe, Forever 21 is literal. At babe, you’re pushed off a yacht into a sea of glittery quicksand on your 29th birthday.”

The elder perused my resume with British disappointment. “You graduated from NYU, and all you’ve done since is…comedy?”

Surprise! I didn’t get the job. The video I made was a man-in-the-street series where I asked men questions about the female anatomy, orgasms, and birth control. Of course, most of them didn’t know basic answers and hilarity ensued. At one point, I asked a man if women could pee with a tampon in and three of them genuinely had no idea. A few weeks later, the only other man who I saw in the Babe office broke down my video in his rejection email, critiquing my “awkward dancing” as a major turn-off.  For girls who don’t give a f*ck, these were boys who chose specific f*cks to give. Still, this happened before the Aziz piece. Few people knew Babe as anything other than a possible spring break porn site.

What if we demanded… like basic human courtesy from men???https://t.co/eDb1CTlcsC

When the Aziz Ansari story broke, I was biased at first in my negative critique. Katie Way, the writer of the Aziz story, interjected Ansari’s victim’s account with first-person quips about outfits and wine preferences as if they were in a slumber party game of Truth or Dare. In Way’s defense, a slumber party was the tone of Babe. Yet, the article made the victim seem fickle and shallow—the opposite of what the #MeToo movement is about. What happened to this woman, “Grace,” was not sexual assault, but it also wasn’t simply a bad date, making this gray-area encounter worthy of publication. Babe’s Aziz piece undoubtedly sparked a conversation about what women are programmed to accept as normal in dating culture. But, they could’ve done better. When an email from Way to HLN anchor Ashleigh Banfield went public, I finally felt like I had dodged a serious bullet by not getting that job.

Banfield disagreed with Babe’s report, and Way responded with an unhinged email reminiscent of a 3am drunk text. She attacked Banfield for her age and appearance calling her a “burgundy lipstick bad highlights second-wave feminist has-been.” It was a wildly immature gift to anyone who believes millennials to be entitled brats who disregard both their actual elders and punctuation.

Empowered by the fact that I was no longer a woman scorned over a job that would’ve lost me over half my current income, I checked to see what videos they had chosen over mine. Immediately, I was bombarded with multiple man-on-the-street style videos of a young woman asking men questions about the female anatomy, orgasms and sex, etc. I don’t think my video pitches were so original that I’m the only person who could’ve thought of them. I do think it’s an interesting coincidence.

At its best, Babe was, and had the potential to be, a good website. But dare I say, it’s sometimes nice to have someone in their forties telling you what to do, babes. Then maybe you could get an HR person to prevent the office elders from hooking up with the interns and junior staffers. If a feminist, liberal-leaning website allegedly controlled by young women couldn’t create a comfortable office environment for young women where only about three men worked there…where is the hope?