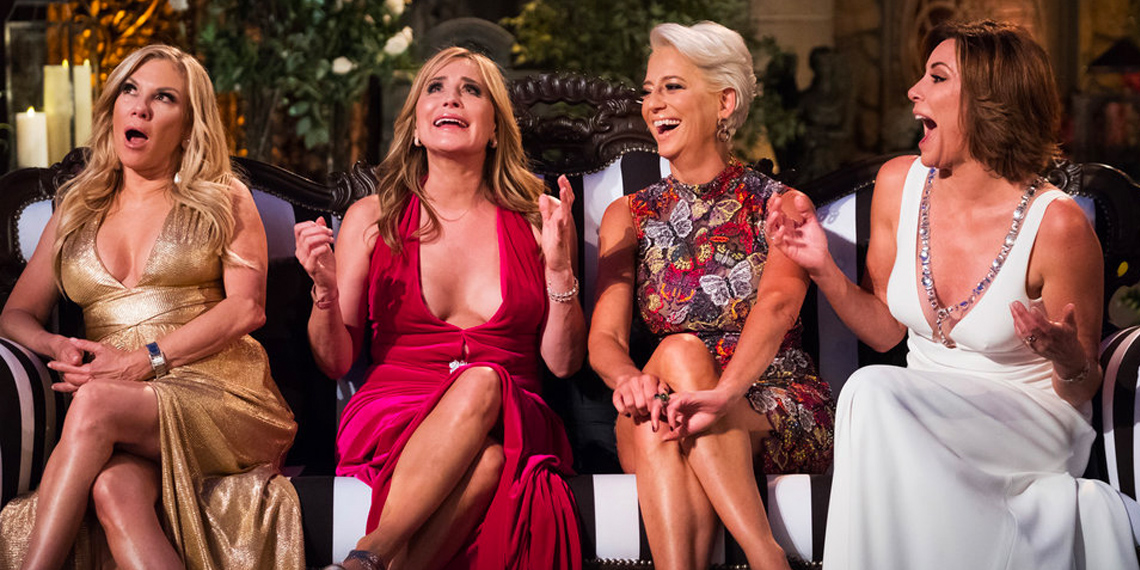 The Real Housewives Of New York Almost Died On A Cruise

If you’ve ever watched even one season of a Real Housewives show, you know that the most important element of the show is the group trip. Prepare yourself, because the Real Housewives of New York just took a cruise from hell. Over the years, the New York housewives have taken a wide variety of exotic trips, including St. John (aka Scary Island where Kelly lost her mind), Morocco (cue Luann saying “ya habibi” seven million times), and even the far-away land of Montana. But nothing could have prepared Luann, Ramona, Bethenny, and the gang for this trip to Colombia.

The ladies are currently filming for season 10, and they headed down to Cartagena, Colombia, presumably because one of them slept with someone who owns a fabulous vacation home there or some shit like that. There’s always a connection. From there, they were supposed to spend the day on a luxury yacht. This is usually the part of the trip where nothing really goes wrong: Ramona has her Pinot Grigio, Luann pretends to be reading a book, and Sonja is tanning while ass naked. Yaaaaawn. But this time, the day on the yacht turned into the boat trip from hell, and we seriously can’t wait to see it unfold on Bravo.

Let’s just say, the boat wasn’t as luxurious as it was supposed to be. Page Six reports that, to start with, “Once they were ushered on board, the boat couldn’t even move. The anchor got stuck, so the crew had to saw the anchor off before they could sail anywhere.” I’m already laughing my ass off from the thought of these women watching them saw off the anchor, and it gets so much better.

After leaving the dock, the engine on the boat reportedly caught fire, which like, isn’t supposed to happen. There was apparently no fire extinguisher on board, and the crew didn’t speak any English. Yikes. As if that wasn’t enough, the seas were very rough, and “the seats and other things on board that weren’t nailed down started flying about.” OKAY. So just picture Luann the fucking Countess on a boat that is literally on fire and there are seat cushions just fucking pummeling her in the face. Darling, it’s a nightmare.

According to the reports, the housewives were screaming, throwing up from seasickness, and genuinely convinced they were going to die like it was the fucking Titanic. Ladies and gentlemen, THIS is how you make reality TV. They were eventually rescued by a passing ship, but Bravo has reportedly offered the ladies counseling for their traumatic experience.

With this and Luann’s wild Christmas in Palm Beach, the next season of Real Housewives of New York City is shaping up to be an absolute shit show. Thanks to our lord and savior Andy Cohen, we’ll surely get to see the whole messy thing. Why do we love this shit so much?