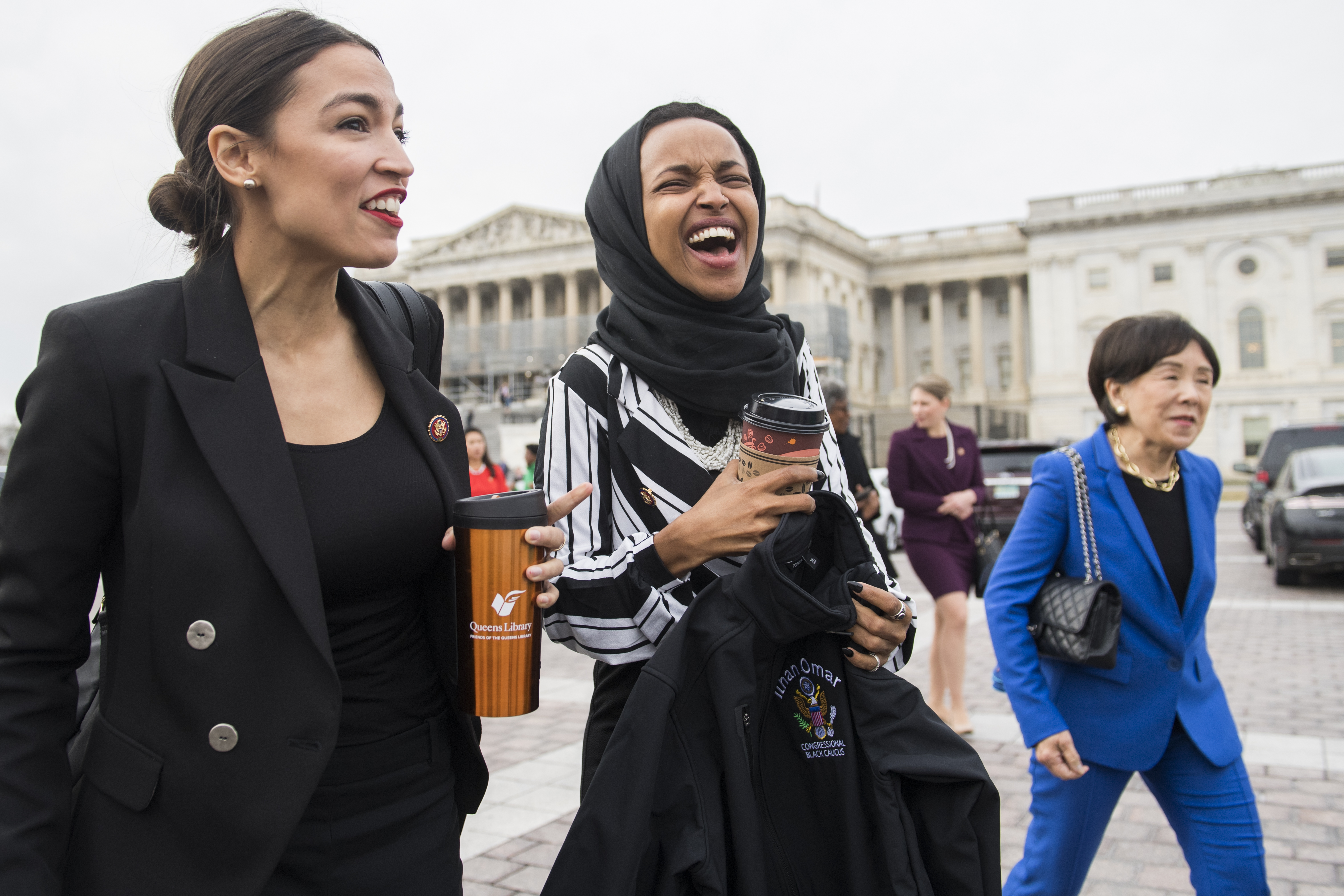 Our Favorite Congressional Freshmen Joining The House This Year

As with all first days of school, we’re excited about the new kids, you know the mysterious ones who showed up out of nowhere and are promising to shake things up. Maybe they’ll ask us to prom?

AOC is the HBIC for this incoming class and we couldn’t be more excited. Between her actually super valuable lessons on how our government even works and her ability to send any conservative person in our government into full on panic mode, she is sure to keep doing what millennials do best: disrupt. Also, she’s 29 years old, making her the youngest woman ever in Congress. Finally, a congresswoman who understands how to use Insta Story and the struggles of waiting for a text back.

Ilhan Omar is the first Somali-American member of Congress as well as one of the two first Muslim women to serve. She will also be the first woman to wear a hijab, which is cool for many reasons, but mostly will make the sea of balding white heads we have to look at at the State of the Union a little more interesting.

23 years ago, from a refugee camp in Kenya, my father and I arrived at an airport in Washington DC.

Today, we return to that same airport on the eve of my swearing in as the first Somali-American in Congress. #Hope #Ilhan ???????? pic.twitter.com/jVeP3DOipN

Davids is one of two first Native American women joining congress and is the first openly gay person Kansas has elected to the House. She nearly beat the incumbent congressman by double digits and is a skilled mixed martial arts fighter. I think this makes her the lady-jock we all have a big crush on?

Massachusetts elected their first black congresswoman, Ayanna Pressley. She’s passionate, whip smart, and understands that by quoting Beyonce’s lyrics, she is inspiring the next generation of political leaders. Also – and I hate to focus on a female professionals looks but it just has to be said – she is forty four years old and I fully thought she was like, twenty five.

Siri cue #TheCarters “I can’t believe we made it.This is what we’re thankful for.” & remix it with #SamCooke “Change is gonna come.” #TeamHarris #ATeam #MA7 #changecantwait #mapoli pic.twitter.com/IcrVWQNAA1

It’s unclear why it took Texas, a state comprised of 40% Hispanics, so long to elect two Latinas to Congress. JK, we know why! Systemic racism! Anyways, these two women are being sworn in to the 116th class today, contributing to the most diverse Congress this country has ever had.

It’s an exciting day knowing that this might be the year the football team finally takes down our rival, Team President. Now here is a beautiful class photo taken by the crazy Vice Principal we all thought got fired years ago but still hangs out in the parking lot.