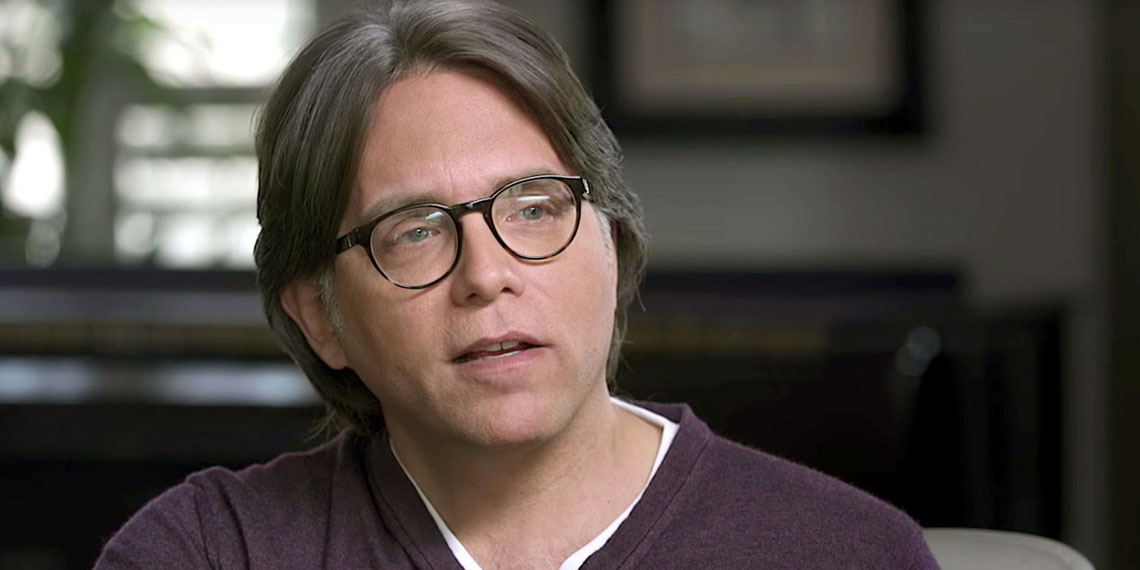 In “Justice Is Finally Served” News of the week, cult leader Keith Raniere was just found guilty and faces up to life in prison when he is sentenced on September 25th. The jury took less than half a day to decide this because, no sh*t, he’s a piece of sh*t.

If you aren’t familiar with NXIVM, it was a sex cult under the guise of being a “self-help” group that was extremely brutal and abusive to women. Pronounced like the heartburn medication Nexium (sorry, their public relations team), it was built on members recruiting new members to try and advance their “personal growth,” and particularly in Hollywood, their careers. If you’re interested in a full on deep-dive into their inner workings, and how Smallville is involved, I recommend our podcast Not Another True Crime Podcast’s most recent episode that goes all into this. Listen below.

But, for the quick rundown, here’s what happened with his trial: Raniere was found guilty of racketeering and sex trafficking after a six-week trial that exposed the disgusting and painful details of what he made his “members” go through.

As previously mentioned, NXIVM found a way to work itself into Hollywood and get some high-profile members to join, like Smallville actress Allison Mack and Seagram liquor heir Clare Bronfman, who were also found guilty on various other charges. The main sex cult aspect of the organization is actually a sub-group of NXIVM, known as D.O.S. (which translates from Latin to “Lord/Master of the Obedient Female Comapnions, cool) where Raniere would make women perform sex on him or other members of the cult and also brand them with a painful tattoo that ended up being the shape of Keith and Allison’s initials.

Additionally, he would basically make them create blackmail for themselves—either with naked photos or videotaped confessions where they would say awful things about their family members and friends to hold over them if they tried to leave. One woman even went so far as to falsely report her dad for sexually abusing her to their local newspaper.

From there, he would have women starve themselves in order to get to the body type he found appealing, making them both too weak to fight or think about how unfairly they were treated. All around, he is an awful human who is getting the least of what he deserves. See ya in hell, Keith!!