No More Cravings: The Rise And Fall Of Chrissy Teigen

Chrissy Teigen has been in the public eye, for better or worse, since her rise to Sports Illustrated supermodel fame and marriage to John Legend. Originally praised for her quirky persona on Twitter, her need to be perceived as relatable has been her own undoing as recent cyberbullying and harassment allegations have come out. However, red flags of her eventual downfall have been planted throughout the years by the Tweeting Teigen—so why are we just now holding her accountable?

Chrissy Teigen joined Twitter in 2009, before Lady Gaga wore her meat dress, and before Farmville had anyone in its clutches. It was a simpler time, but by 2014, Chrissy had unwittingly caused her first global controversy. While she was not the cultural juggernaut she is now, she threw herself into hot water by making an ill-timed joke likening an active shooting in Canada to a “Wednesday in America’‘.

At the time, Teigen claimed that she would leave the platform after receiving pushback from her followers attempting to hold her accountable for the flippant joke. “Bye Twitter. Taking my talents to Instagram”, she tweeted on October 23rd 2014, basically throwing up a proverbial “get fucked” peace sign before driving off into her privileged life.

Obviously, that didn’t last. Teigen was back on Twitter by 2015—but not by her own accord. Chrissy’s cringey reaction to John winning a Golden Globe for Selma became an instant meme that suddenly portrayed her as a normal human being. Twitter users began projecting their own personas onto Chrissy (after all, who hasn’t made that face in an awkward moment?), thus making her relatable to them—a characterization on which Chrissy has capitalized for the better part of a decade.

Cementing her role as America’s tweetheart, Chrissy became an adamant anti-Trumper, clapping back at his tweets, as well as anyone who dared speak out against her, or her parenting abilities. Between 2016 and 2020, by playing the part of  “relatable queen”, Teigen gave us a curated glimpse into a part of celebrity life that had never before been presented in such a seemingly authentic way: unfiltered, blunt, and directly from a celebrity source.

But how realistic was that glimpse, truly? The illusion began to shatter in February of this year, after Teigen tweeted about drinking a $13,000 bottle of wine that she said “sucked”. Instead of being angry that such a commodity exists (thanks, capitalism), she instead could not believe that the staff recommended it. The overtly classist remark—in the middle of a global pandemic, no less—was such a deviation from her normal relatability™ that the juxtaposition instantly caused an internet frenzy.

While ordinarily this poorly received joke may have just been a blip on the radar,  millions across the globe sat in their homes struggling during the COVID pandemic, sharing one unique resource most weren’t used to having—time. Time to research. Time to reconsider. Time to re-evaluate. Time to move on from Teigen. After her initial wine tweet, suddenly dozens more tone-deaf and classist remarks resurfaced, like the time she completely missed the point of Parasite, or that time she said her mom treats AirPods like they’re disposable, or, possibly most egregious, the time she admitted leaving dog shit on the floor for her maid to clean up.

These tweets, while probably quirky and good-natured in her mind, were perceived as the exact opposite—out of touch, unrelatable, and even elitist—when brought to light during the largest global recession in modern history. For some celebrities, this type of aristocratic ignorance is expected, and even celebrated, but for Teigen, who built her brand on the mass appeal of being “just like us”, this revelation left many feeling duped, disillusioned and disgruntled.

Citing cyberbullying, and sensing the tides were turning against her, Teigen did what she does best and avoided any consequences of her actions by leaving Twitter in early March 2021. However, less than a month later, the prodigal Teigen returned—just in time for Courtney Stodden to discuss and resurface screenshots of Teigen cyberbullying and harassing them as a teen, going as far as sending them death threats.  Which, ironically, is the exact reason Teigen specified for leaving Twitter periodically throughout the years.

Now several others, such as Project Runway’s Michael Costello and Makeup Instagram Influencer MakeupCrayz have come forward with their own allegations of relentless bullying at the hands of the tyrannical Teigen. As more and more comes out about the model’s malice, the question remains “what took so long?” We hear constantly about “cancel culture”, but celebrities have long insulated themselves from feeling the devastating effects that a public reckoning from the non-celebrity class brings.

While Chrissy’s career possibly could have withstood public outrage, she cannot compete with the cultural coup the pandemic has incited between the haves and the have-nots, and the growing public consciousness of accountability. Courtney Stodden and Michael Costello may not exactly be “just like us”, but they poked holes in the accessible, and perhaps misleadingly unattainable, brand of celebrity relatability that we can identify with. In particular, Stodden being a teen and being told to “take a dirt nap” by a woman nearly 10 years their senior is inexcusable in every sense of the word. We may not be able to eat the rich, but we can hold them accountable. 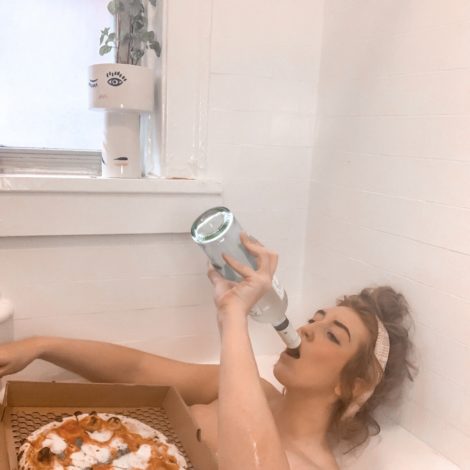