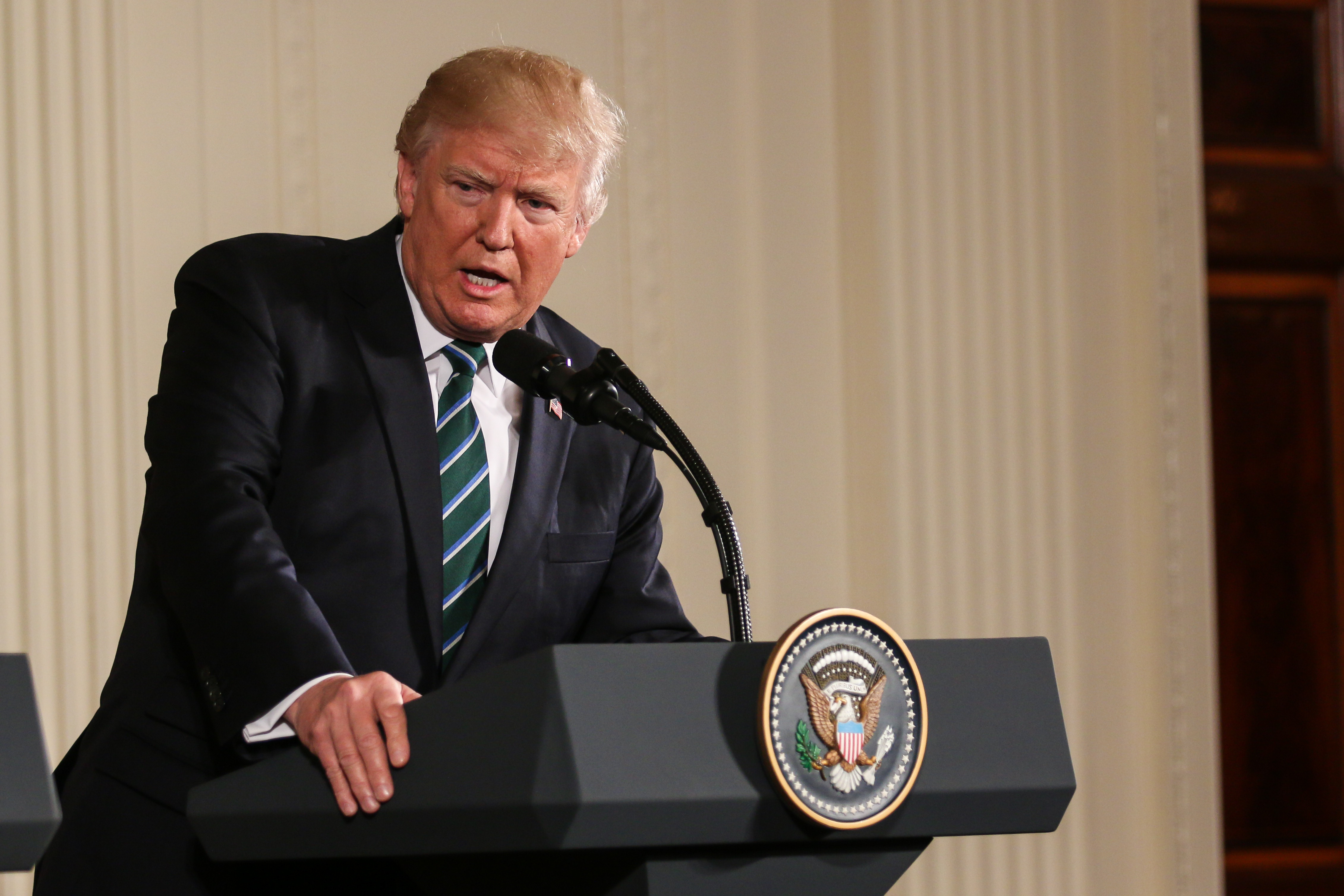 What are the midterm elections if not another opportunity for our terror in chief to address the nation? After Dems took back the House (woo!) and Republicans strengthened their hold on the Senate (eye roll) Trump held a press conference with the agenda to One would think he would concisely address the events of the night before but Trump isn’t one to do what anyone “thinks.” You can read the entire transcript here, or instead take a shot of something strong and read our five main takeaways:

1) When He Threatened Democrats

Before the speech even started, trump took to twitter to threaten the newly Democratic-held House. Where does that strategy fall in speechwriting techniques? Somewhere between ethos and pathos, I think.  Bold start, inn my opinion.

If the Democrats think they are going to waste Taxpayer Money investigating us at the House level, then we will likewise be forced to consider investigating them for all of the leaks of Classified Information, and much else, at the Senate level. Two can play that game!

2) When He Called A Reporter Racist

Takes on to know one. When asked about his embracing of the term “nationalist,” President Trump used his incredible intellect to turn the tables on PBS reporter Yamiche Alcindor by saying it was actually her question that was racist, not him. Great work, Donald!

3) When He Attacked The Media (Duh)

As a sane person you might wonder, “what record did the media break?” That is a great question that isn’t really answered at all, but it is something Trump really seemed to harp on. He managed to say that the media coverage was “hostile” and that it “set a new record and new standard.” Perhaps he is referring to the new standard of making me feel like I belong in a psych ward, in which case, yes I agree with you Mr. Trump.

4) When He Compared Himself To Obama

What Trump speech would be complete without comparing himself to our former president? Trump displayed basic understanding of math when he listed the number of seats Obama lost in his midterm elections. Honestly, cherish those moments when Trump is stating clear facts. We literally may never see that again. But also listing off Obama losing 63 seats in the House in 2010 does feel like a third grader rattling off the one fact he knows in hopes of looking impressive. Anyone can Google this stuff, Don.

5) When He Gave Props To Oprah

In a brief moment of clarity, Trump said that Oprah worked very hard in Georgia and “I don’t know if she likes me anymore, but that’s okay.” However, it is unclear how a person can just be okay with Oprah not liking them. This only confirms how delusional he is.

6) When Acosta Got Accosted

In the questions portions of the speech Trump had a very volatile exchange with CNN’s Jim Acosta. Trump told him to his face that he was a “Rude terrible person, shouldn’t be working for CNN.”  After the exchange, the White House rescinded Acosta’s press pass. CNN then released a statement condemning this. Drama!

BREAKING: White House aide grabs and tries to physically remove a microphone from CNN Correspondent Jim Acosta during a contentious exchange with President Trump at a news conference. pic.twitter.com/Ml1OvlXpa9

Ah yes, what is that smell? The idea of a free press being burnt in front of us. Terrifying!