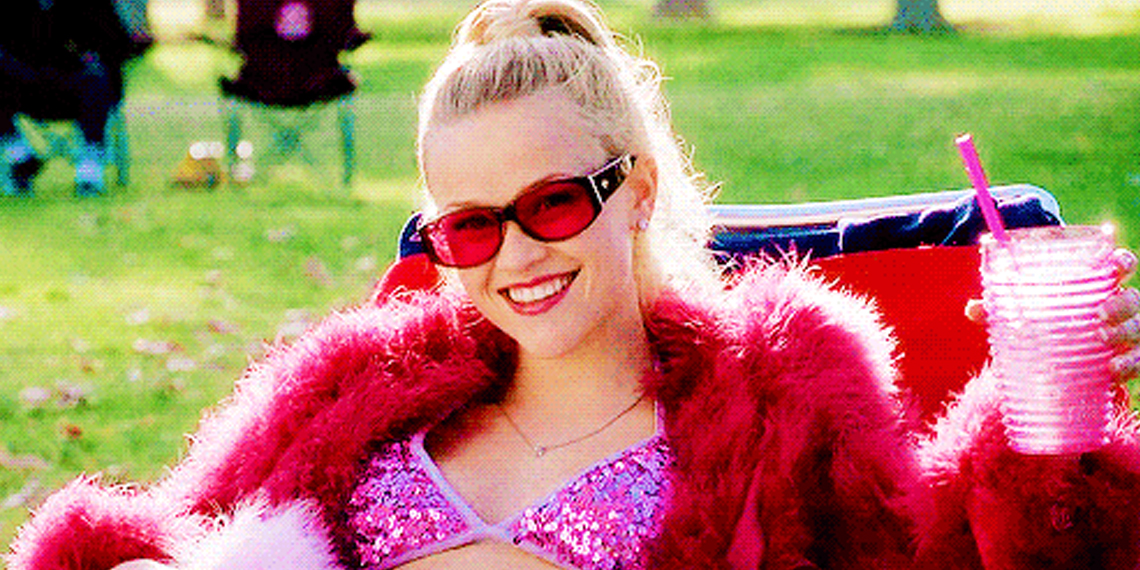 Whoever said millennial pink is the new hot pink was seriously disturbed, because Elle Woods is back in town. That’s right, get your Playboy bunny costume out of the closet, because Legally Blonde 3 is officially happening. We’ve all hoped and prayed for this for literal years, but the time has never felt more right. Ever since Big Little Lies slayed us all last year, Reese Witherspoon has been at the top of her game, so it makes perfect sense to revive her most beloved character now. Major rumors about the movie started circulating earlier this week, but Reese confirmed the news on Thursday morning, with an Instagram of her floating in the pool in the iconic pink sequined bikini. She looks ridiculously good for 42 (or any age, honestly), and she’s giving the people exactly what they want. The world might be ending soon, but at least Elle Woods is alive and well.

So right now, there are absolutely no details on the movie, but let’s be real, that’s never stopped us before. It might be another year or two before we get to see the movie, but who cares. It’s been 15 years since we last saw Elle, Paulette, and the gang (wow I feel old), so let’s wildly speculate on what they’ve been up to.

At the end of Legally Blonde 2, Elle had just married Emmett and gotten that bill passed to release all the dogs from the makeup testing facility. Basically, she was on top of the world. Fast forward 15 years, and she could realistically be a Senator or something by now. In my perfect Legally Blonde 3, we would see Elle as a badass politician who stomps all over her obnoxious male colleagues and looks amazing doing it. Think Elizabeth Warren in stilettos. There have been lots of memes and tweets about Elle Woods coming to save us from Trump, and I feel like that might basically be the plot of the movie. Like, I’m sure they’ll use a different name, but I bet there will be an evil dude with a horrible spray tan and tragic hair that Elle is going to defeat and then give hair advice to, like the good Cosmo girl she is.

As for Emmett, I can see him being a great stay-at-home dad to some perfect children. Or like, he might be a successful lawyer too, but Elle can definitely hold that shit down on her own. Elle is the kind of woman who would already be responding to work emails while in the hospital after giving birth, so Emmett can definitely take the kids to daycare.

The character I’m most worried about is one of the betchiest pups ever, Bruiser Woods. Chihuahuas live a pretty long time, with an average life expectancy of 15-20 years, but it’s already been 17 years since the first Legally Blonde movie came out. Of course I hope they keep Bruiser in the movie even if he’s old AF, but I could totally see a subplot about Elle mourning the loss of her beloved dog. The actual doggy actor, Moonie, sadly passed away back in 2016, so they might not even want to recast the iconic pupper. This one is going to hurt, but I can see it coming a mile away.

I’m also very excited to see what Paulette is up to these days. I have a feeling she’ll be very successful, maybe like the CEO of a haircare empire or something. Let me just be clear: If Paulette is not in this movie, I will set fire to the fucking rain. Idgaf about any of the other supporting characters, but Paulette is not optional.

Speaking of supporting characters, I have a feeling that most of the other past Legally Blonde costars won’t be getting the invite back. Judging from the comment that Selma Blair (Vivian in the first movie) left on Reese’s Instagram, this definitely seems like it was news to her. Sorry everyone, Elle Woods has moved on to bigger and better things.

So yeah, check back in a year or two to see if any of these predictions come true, I guess. We haven’t been blessed with a release date for Legally Blonde 3 yet, but hopefully Reese won’t keep us in the dark for too long. For now, I’ll just be rewatching the first movie approximately twice a week to hype myself up, so please don’t try to contact me, okay? God bless Elle Woods; I need this so much right now.