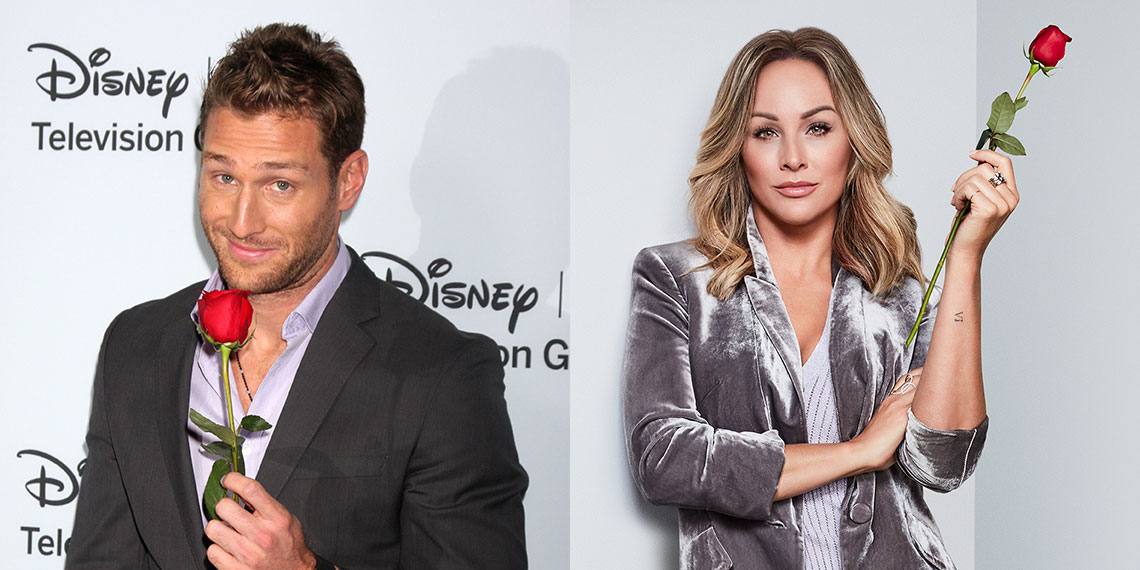 As if the upcoming season of The Bachelorette—featuring a hot second of Clare Crawley and (hopefully) many more seconds of Tayshia Adams—isn’t already gearing up to be one giant sh*tstorm, a new promo just dropped, and it’s already causing Twitter drama.

Important background: Not long after Clare’s season began filming, ABC didn’t hide the fact that Clare decides to jump ship from the show after jumping ship with Dale Moss (sue me for the spoiler).

The new promo starts out with Clare’s epic breakup scene from 2014 in which she tells then-Bachelor Juan Pablo Galavis that she would never want her children to have a father like him (f*cking burn), while a cover of Aretha Franklin’s “R.E.S.P.E.C.T” is bumping in the background, sung by Keke Palmer. (Not sure why she’s there tbh, but she killed it, and now all I want to do is listen to this song on repeat.)

Later in the promo, we cut to Clare and Dale’s faces glued together during a steamy makeout sesh, which is all the proof we need that these two have serious chemistry.

I’ll take any Bachelor content I can get at this point, so I was living for this sneak peek—but apparently not everyone was thrilled. The promo didn’t sit well with Juan Pablo, who still seems to be keeping a watchful eye on any and all Clare content (totally not weird at all).

He immediately took to Twitter in an attempt to drag Clare, writing, “Interesting promo of Clare Crawley and the season of The Bachelorette, 6 years LATER and I know WHO is the Juan that can’t get over Juan… Would LOVE if you could take a GUESS?”

Interesting PROMO of @Clare_Crawley and the season of @BacheloretteABC , 6 years LATER and I know WHO is the Juan that can’t get OVER Juan… Would LOVE if you take a GUESS?

PS: Clare got over LONG time ago, just in CASE…

JP followed his v original pun up by saying, “PS: Clare got over LONG time ago, just in CASE…”

First off, pretty sure this guy just used his crusty 6-year-old Bachelor promo about being ‘The Juan’ to diss…Clare? Or is it Chris Harrison? I really can’t tell. Is he salty they are using footage from his season? You’d think he’d be glad for any 15 minutes he can get (as evidenced by this shady-yet-confusing tweet that really never needed to be put into the universe in the first place).

Call me crazy, but it seems Juan Pablo actually came to Clare’s defense at the end of his tweet. TBH, this might go down in JP history as the legit nicest thing he’s ever said to her…but the verdict is still out on that one.

One thing is for certain: JP isn’t afraid to make a dig toward his ex-runner up. This isn’t the first time he’s weighed in on Clare’s season, despite the fact that nobody is asking for his opinion. (Seriously, dude. No one.)

Back in March, just days after Clare was announced as the upcoming Bachelorette, Juan Pablo let his Twitter fingers fly, writing, “I just SAW the GUYS for Clare Crawley’s Bachelorette season and it’s gonna be INTERESTING seeing HER get hit on by KIDS on their 20s… I think this MIGHT be the 3rd SEASON I’m gonna watch.”

I just SAW the GUYS for @Clare_Crawley Bachelorette season and its gonna be INTERESTING seeing HER get hit on by KIDS on their 20s… I think this MIGHT be the 3rd SEASON Im gonna watch.

Clare fired back with her own diss, saying, “And yet here you are, older than 99% of them and still can’t practice compassion and kindness…”

Amidst the coronavirus pandemic, ABC did end up re-casting a number of Clare’s original contestants, opting for guys who aren’t young enough to be Clare’s sons. So at least that’s one less source of ammo for Juan Pablo’s unwarranted comments.

Can’t wait to watch the sexual tension between Clare and JP’s Twitter account unravel all throughout next month’s airing.