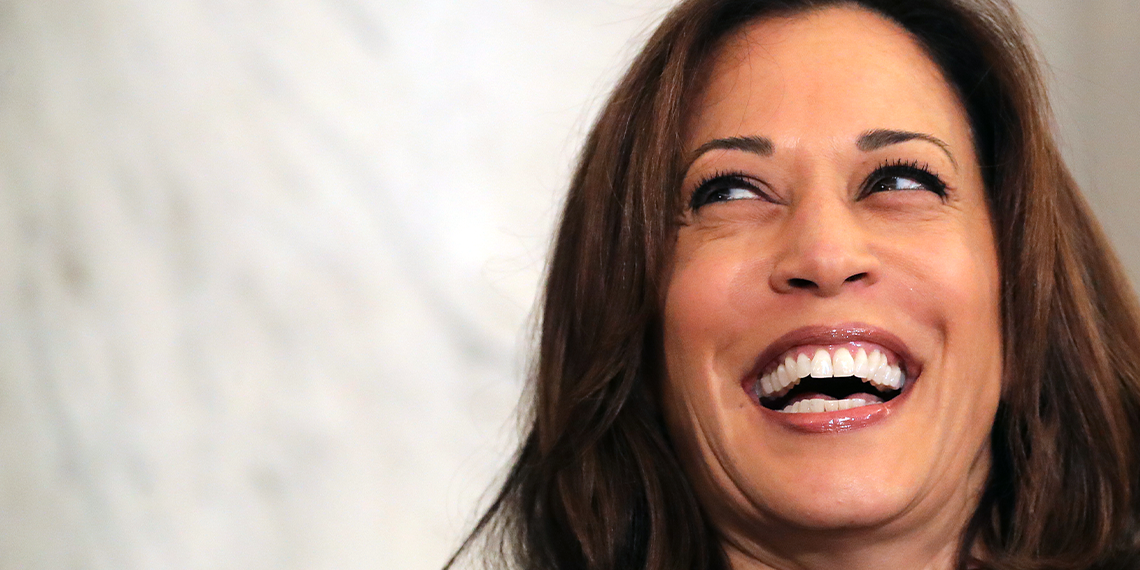 It’s a fitting accomplishment for a woman who has been a trailblazer in almost every aspect of her career.

A child of immigrants from India and Jamaica, Harris was the first Black female Attorney General for the state of California and is currently the second Black woman and first South-Asian American to hold a seat in the United States Senate. She would also be the first woman Vice President.

Born and raised in California, she started kindergarten during the second year of  Berkeley’s desegregation bussing programs. Harris went to Howard University for her undergraduate degree before attending University of California, Hastings College of The Law. After graduating law school, Harris devoted her law career to public service.

Harris’ younger sister, Maya Harris, is an established lawyer and public policy advocate who served as a senior policy advisor for Hillary Clinton’s 2016 campaign. Her niece, Meena, is a Harvard-educated lawyer who founded  Phenomenal and Phenomenal Media, a platform elevating and celebrating women of color. All of this is just to say: the level of Harris women brainpower about to descend on the Eisenhower building in D.C. is truly more than we deserve.

Kamala Harris has a strong background in criminal justice issues. As San Francisco’s District Attorney, she was a vocal opponent of the death penalty and started a program called “Back on Track.” This initiative, launched in 2005, allowed first-time drug offenders to opt to get a high school diploma and job instead of prison time.

After serving as DA, Harris was elected in 2011 to be California’s Attorney General. In this position, she expanded her “Back on Track” program, mandated training to address racial bias, and, under her, the California Department of Justice became the first statewide agency to require body cameras. Additionally, she launched a program called OpenJustice, a data bank that highlights criminal justice initiatives and gave the public the ability to track police killings.

In the Senate, Kamala Harris serves on the Judiciary Committee, where she has famously roasted all manner of mediocre white men, from Attorney General Bill Barr to Justice Brett Kavanaugh. She’s a member of. the Congressional Black Caucus, the Congressional Asian Pacific American Caucus, and the Congressional Caucus for Women’s Issues. She sponsored the Justice for Victims of Lynching Act, which passed the Senate but remains in the House.

In the wake of ongoing anti-racist protests around the country, Harris’ history of criminal justice policy is especially important to the ticket. Though Harris’ prosecutorial record raises alarms for those who want to reform the criminal justice system she helped oversee, Biden choosing Harris as a running mate hopefully is a sign of his understanding of the importance of Black and female voices in his administration. She also has a strong prosecutorial background which was made evident in several confirmation hearings during her term – including Brett Kavanaugh’s.

I, for one, literally cannot wait to cast my vote for Biden and Harris. In the meantime, I’ll be tuning in to watch her take on Pence in the Vice Presidential Debate on October 7.