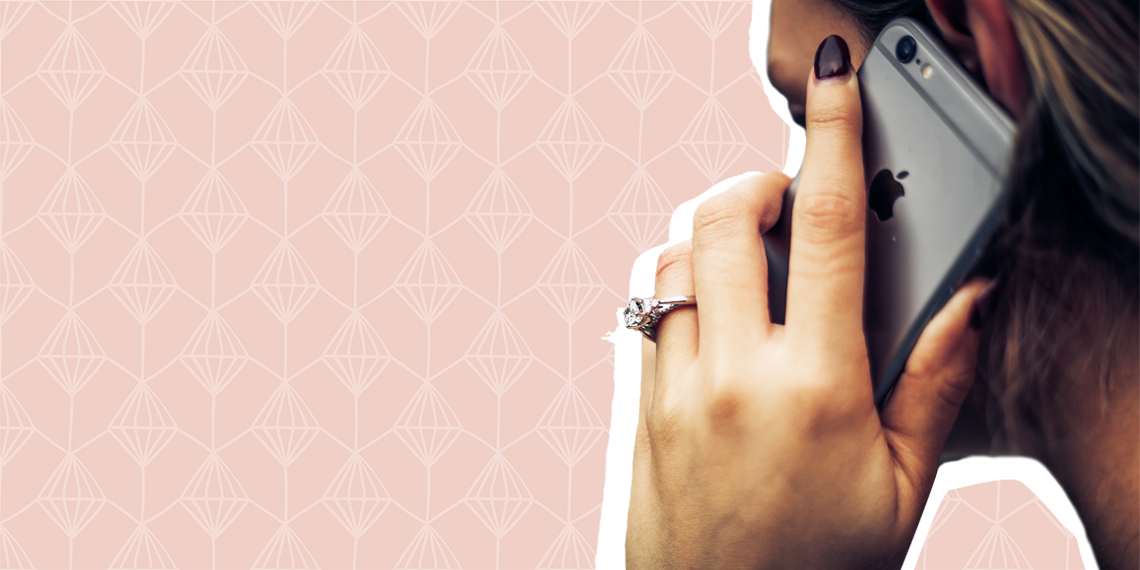 To all my NY-based friends posting insufferable inspiring pictures of recently acquired diamond rings, I have a warning for you. You better make that marriage work, or the ring is going right back in your boyfriend’s pocket. (You hear that, Lala? Hold that $150k engagement ring CLOSE.) At least, that was the case for New York woman Jennifer Rutten, who was court ordered to return her $40,000 engagement ring to ex-fiancé Rodney Ripley last week. The couple split back in 2011, after being engaged for a little under a year. But due to some extremely shady evasion tactics by Rutten, it took Ripley nearly five years in court to get this result. (I wouldn’t have spent five years in court with my ex for anything less than a million, but to each their own.) So, how did this get so drawn out? Let’s dig in.

From all accounts, it sounds like this couple was OD dramatic with everything they did. They fell in love while being halfway across the country from each other (Ripley in Wisconsin, Rutten in New York), but decided to get engaged anyway. What could go wrong, right? Rutten balled out on a 3-carat cushion-cut ring, and staged a proposal on the Brooklyn Bridge, a place that’s probably now ruined for both of them and makes inter-borough travel very difficult. For unknown reasons, they broke up less than a year later. Ripley asked Rutten to return the ring; Rutten’s response can essentially be summed up like this:

Rutten came up with a number of excuses over the years for why she wasn’t returning the ring. First, she claimed that she was “dealing with the aftermath of Hurricane Sandy” and didn’t have time for her former fiancé’s “harassment.” This could be very sad and true, but given the extent of Sandy’s damage is probably just a ridiculous lie, unless Rutten was living out on Long Island or in Jersey. But whatever, if given the option, I would definitely use a natural disaster as an excuse to hold on to jewelry too.

Rutten then tried the argument that the ring wasn’t worth enough to warrant legal action. But Ripley had taken out a $40,000 insurance policy, so she was kind of out of luck. Finally, she claimed in court that “ became more typically abusive, emotionally abusive” as the relationship went on. While I always want to take claims of abuse seriously, whether or not Riply was abusive has no bearing on her legal right to keep the ring. Finally, Rutten stated plainly that she was “angry” and “didn’t want to return it.” There it is. Don’t get me wrong, feeling angry and vindictive is v understandable, but most of us would just bury those feelings in ice cream instead of legal fees for a case you will almost definitely lose.

Ultimately, the judge ruled that she has 45 days to either return the ring or pay her ex the equivalent. If you learn anything from this, it should be following. According to NY state law, engagement rings are conditional gifts, and “if no marriage occurs, they must be returned.” So if you’re out there dating with the sole intent of putting a year’s salary on your finger, just make sure you actually get to the “I do.”