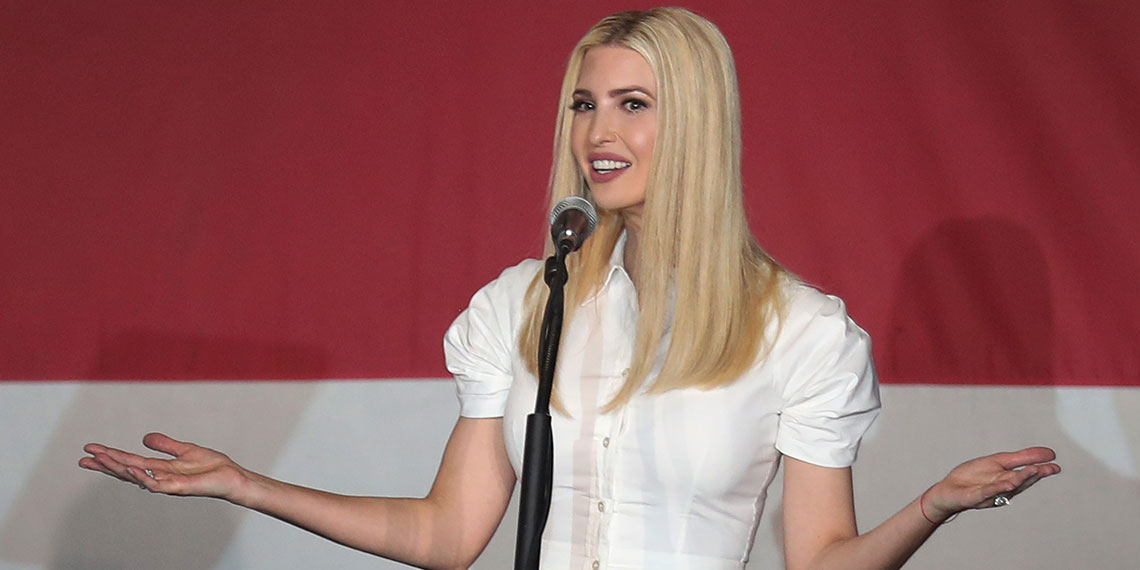 Sometimes, the news doesn’t have to be groundbreaking. Sometimes, it doesn’t surprise you, but it does entertain and add a little color to your life. At least, that’s how my life has changed after reading Ivanka Trump’s former best friend’s essay in Vanity Fair—which is to say it hasn’t changed at all, but I feel moderately entertained, at least. Lysandra Ohrstrom (I swear, rich people’s names just sound fictional) decided to finally break her silence (now that Trump is no longer President) and blow up the perfectly Botoxed facade Ivanka Trump presents to the world (by recounting a number of petty middle school anecdotes from their past). We learn that Ivanka was, basically, a spoiled and bratty rich kid. *Gasp* that Ivanka? Never!

Still, for someone who seems to make an effort to never let slip to the public what she’s really like, what Ohrstrom had to reveal was pretty funny. Let’s get the best one out of the way: the errant fart. Lysandra writes, “One of the earliest memories I have of Ivanka from before we were friends is when she blamed a fart on a classmate.” Quelle horreur! Let he who has never played the “whoever smelt it, dealt it” game cast the first stone. I don’t think Lysandra meant to do this literally, but it’s funny to know that Ivanka has always been a sh*thead.

Ivanka upon discovering the jig is up and the world now knows she does, indeed, fart:

Why did we stop at the fart, though? I need to know more. Did Ivanka ever get out of gym class by faking her period? Did she ever pick her nose but tell people she was simply scratching an itch on the inside of her nostril? They say where there’s smoke there’s fire, and I have a feeling that cloud of smoke is only the tip of the iceberg.

Lysandra throws out a lot of accusations against Ivanka, but perhaps none is more damaging than the insinuation that she indulged in fast food and swear words: “She always stopped at McDonald’s for cheeseburgers. She cursed.” I will say, all that McDonald’s probably didn’t help with the farting.

But one of my favorite bombshells has got to be this: “She never wore a Halloween costume that wasn’t flattering, which means she usually showed up at costume parties looking beautiful and boring.” Ah yes, the woman who scored invites to the Met Gala, was photographed in magazines even as an adolescent, and launched a shoe line is… vain? No, no that can’t be. It simply does not track with the rest of her character! Also, I feel like “beautiful and boring” isn’t that sick of a burn. Most of us aren’t even beautiful.

Another time, Lysandra recommended Ivanka read Empire Falls, a Pulitzer Prize-winning novel about a diner manager in Maine. Ivanka said, “Ly, why would you tell me to read a book about f*cking poor people? What part of you thinks I would be interested in this?” Tbh, Ivanka has a fair point here. She’s never exactly been known for caring about the less fortunate, and earlier this year, The Financial Times wrote about her “let them eat cake economics,” dragging her for her suggestion that the millions of Americans left jobless during the pandemic “find something new.” At least her brand is consistent.

She would also point out wealth inconsistencies in movies: “‘Since when can a teacher afford a BMW?’ she would ask, munching on her usual small popcorn, coated in what would be an unpalatable amount of salt to a normal person. Or, ‘Why is a police officer living in a house like that?'” I know this is not the detail I’m supposed to focus on, but I’m not over the salt thing. I know everyone’s joked about the Trumps having covid because they don’t have taste, but…

Then, after the farting incident, Lysandra recalls, “Some time later, she goaded me and a few other girls into flashing our breasts out the window of our classroom in what has since been labelled the ‘flashing the hot dog man’ incident in Chapin lore.” I have a lot of questions, like who was the hot dog man? Why can’t this elite group of children come up with more imaginative names for their urban legends? Anyway, Ivanka was basically the mastermind behind the Flashing The Hot Dog Man Incident™ but lied to the headmistress and got off scot-free while everyone else was suspended. Weird, because we know Ivanka’s family to be firmly committed to the truth.

Overall, if you want to be shocked, this Vanity Fair read probably won’t do that for you. If you want more confirmation that a sh*tty rich person has always, in fact, been a sh*tty rich person, then yeah, this will give you that. Now all we need is a first-person narrative of the person who got blamed for her fart and how that moment impacted their life, and then I hope we can be done with this family for good.