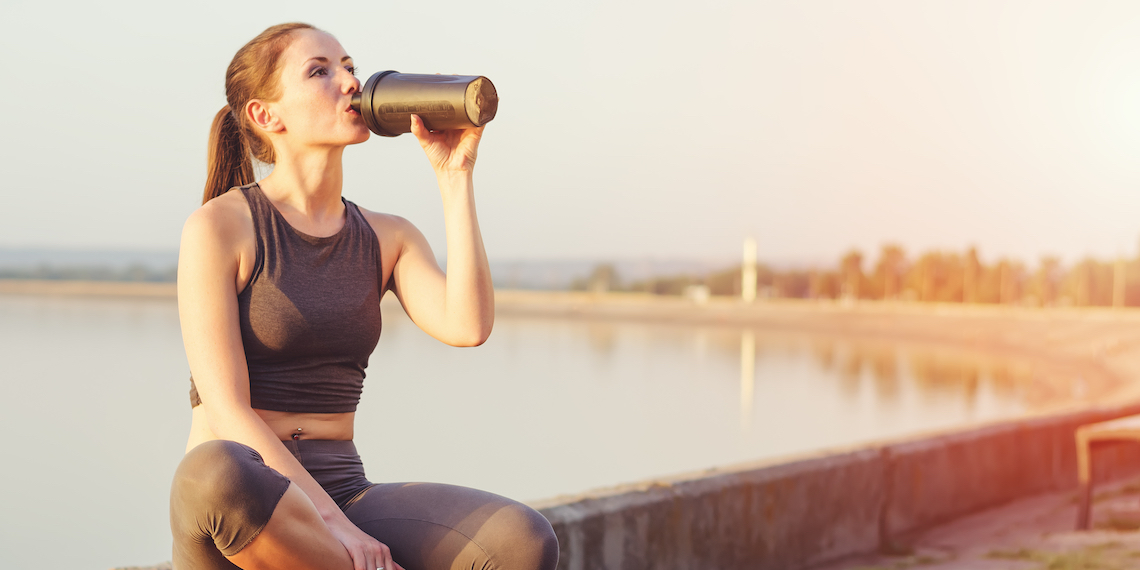 I Tried Flat Tummy Tea Products And Here’s What Happened

For the amount that I poke fun at all the sponcon from Insta-influencers, you would think I’d be smart enough to not succumb to their gimmicks. But, in a moment of weakness, I am ashamed to admit that I caved and ordered Flat Tummy Tea. I know, please don’t be disappointed in me. Prior to my vaca to Aruba this past January, I started to panic about losing the continual “last five pounds” before I left. Especially coming off of holiday season, between all the mimosas and Christmas cookies, I wasn’t feeling my best. So, with all the recent controversy over Flat Tummy Tea and the Kardashians, I figured I’d do you all the favor of breaking down my personal experience with their products. That way, you don’t have to waste $200 buying all this sh*t. Here is a recount of my personal experience with three of their core products.

#ad You guys all know I looove @flattummyco shakes. I've just restarted them (it's Day 2 today) and I’m already feeling so good. We had a huuuuge Christmas this year and between that, New Years and everything inbetween… I felt like it was impossible to fit in my regular work outs and eat healthy. But this program is giving me a kick in the right direction that I need. These meal replacement shakes are so good and they're helping me get my tummy back to flat. I’m already feeling amazing and I’m so excited for the next few weeks. Because they’re all about getting women back on track… they’ve got a 20% off sale going on right now, so if you want to start 2019 off right… trust me, you’re going to want to check them out. PS. I’m doing the chocolate program?

First, I’ll start with the shakes. These were the product that I was most excited about, because I love a good meal replacement smoothie. It’s quick, easy, and usually delicious. Key word being “usually.” I’ve tried several different chocolate protein powders in my day and this one, well, it was the absolute worst. I’m someone who can tolerate gross sh*t in the name of being skinny, but these shakes? Couldn’t do it. They tasted EXACTLY like Play-Doh! And, just to confirm I wasn’t crazy, I made my friends taste it too, and they all agreed. It was pretty much impossible to drink. In order to even get it down, I ended up having to mix half the Flat Tummy shake powder with another chocolate protein powder I already had at home. So really, the shake was so gross that I couldn’t tolerate it on its own to really give you guys a full and accurate review of whether it worked or not. So, like, sorry about that. But basically, the idea with the shakes is that they’re a meal replacement option that’s low calorie. So, if you’re replacing your normal Panera lunch with these, it makes sense that you would ultimately lose weight, just based on simple math alone. So take it from me, if you want to go the meal replacement route, then fine. But I recommend you use any other chocolate protein powder than this one.

Two reminders: It’s time for your PM cleanse, you’ve got a few hours left to stock up with buy 1, get 1 free. #hurry #flattummyco

Next up, the infamous teas. Flat Tummy Tea offers an “activate” tea for the morning and a “detox” tea for before bed. The morning tea is meant to debloat, support your metabolism, and boost your energy. The nighttime tea aims to detoxify your body by decreasing water retention and cleansing your digestive system (AKA diarrhea.) I’ll be honest, I did really enjoy the tastes of these teas. They made me feel like a health influencer or some sh*t because I had to actually steep my tea with an ~infuser~. The problem though, was the whole “cleanse of the digestive system” aspect. When you’re running to the bathroom every few hours, you inevitably feel lighter and less bloated, but it’s just not practical. With all that said, the bottom line is that yes, the teas were good and made me feel skinnier, but like, in the same way having the stomach flu makes you feel skinnier: gross, irritable, and definitely not “good.”

Sooo you’ve probably heard about these lollipops—either from their provocative billboard advertisements or from Kim Kardashian’s Instagram. Either way, to me they sounded absolutely amazinggg. Like, my go-to when I’m trying to avoid snacking are Blow Pops. They give me that sugar rush I crave, plus prevent me from mindlessly snacking. So, when I heard that there was such a thing as an appetite suppressant lollipop, I was more excited than a Bachelor contestant that just scored her first one-on-one. Well, before you get too excited, if you’ve ever tried those medical “lollipops” for kids that they sell at CVS, that’s what these tasted like. They were not good and didn’t “suppress” my appetite. At least not enough for me to want to replace my beloved Blow Pops with them.

So now, let’s get into why Flat Tummy Tea is currently so relevant. If you keep up with pop culture, or at least just keep up with the Kardashians, then you know about the recent scandal involving Khloé Kardashian, Jameela Jamil, and Flat Tummy Tea. Jameela called out Khloé for her Flat Tummy Tea Insta #ad (which has since been deleted), claiming that Khloé was being untruthful to her fans about how she achieved her body. Since then, Kim Kardashian has responded via an interview with The New Yorker stating that “If there is work that is really easy that doesn’t take away from our kids, that’s like a huge priority. You’re going to get backlash for almost everything so as long as you like it or believe in it or it’s worth it financially, whatever your decision may be, as long as you’re O.K. with that.” Yes, that was really her response…

Couldn’t have done this without the support of your noise. Thank you for helping me help young people. ❤️ thanks to Harvard university for researching this subject ❤️ @i_weigh

I have a few thoughts here. First, I do respect Jameela Jamil for calling the Kardashians out. Like, honestly, I only ordered these products because the famous family was posting about them so like, fair. Thanks, Jameela!!! But what I don’t think is fair is her singling out Khloé specifically. Like, I get it, she’s the most real, so it makes sense she would be the one called out. But still, I think that’s a little harsh towards the one Kardashian who has consistently stayed the most (relatively) relatable to her fans. Oh, and my thoughts on Kim’s response as to why they do it? Bullsh*t. They’re loaded, and there are tons of other products out there for them to hawk that aren’t potentially harmful to people. Ya know, ones that aren’t harmful to peoples’ body image, health, and wallets from wasting money on all this sh*t.

So, did Flat Tummy Tea work for me? No, but everyone is different, so who know if this stuff will work for you. You probably shouldn’t trust Kim K to give you a recommendation, though.