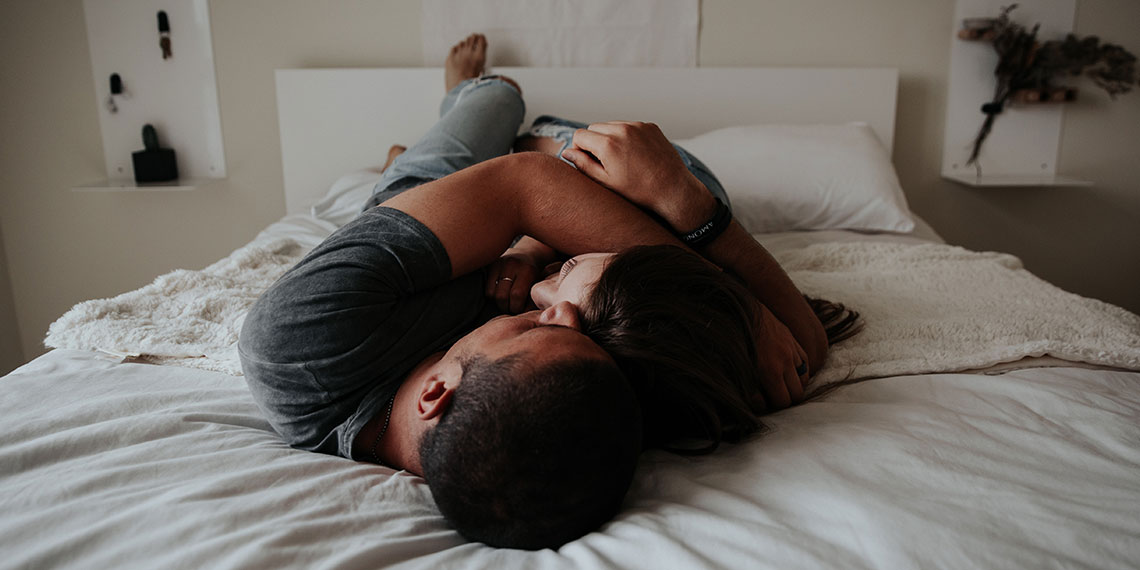 How To Stay Friends After Seeing Each Other Naked

So, you had one too many drinks at happy hour and slipped and fell into a guy friend’s bed like the two of you were the stars of a low-budget rom-com. Whoops. It was like any other night, until somehow your usual bar conversation transitioned from whose turn it was to buy the next round into the two of you hanging out naked. Sure, you’ve always thought he was cute, and he’s the best karaoke partner you have, but you don’t see a future with each other in that way. And while things are usually so casual and easy between the two of you, the side hug as you left his room the next morning with your thong shoved in your purse wasn’t exactly a high point.

The aftermath of this kind of emotional, cocktail-induced tornado can be hard to navigate. How do you save a friendship that means a lot to both of you after the whole, “uh-oh, what did we do last night” moment? It won’t be easy at times, but if you’re both committed, there are a few ways you can get your Saturday afternoon cornhole buddy back without leaving scars.

Very important: whatever you do, don’t sleep together again. It will make things even more complicated, and it’ll set a precedent that will be even harder to detach from. Leave it as a one night only thing and stick to your guns on that. Otherwise, the situation will only get weirder, and before you know it, you’ll be actively avoiding eye contact with each other and making the most awkward small talk of your life anytime you’re in the same vicinity. Not fun.

Give Each Other A Little Time To Process

You really think i care?

No matter how good a friend this guy is, once you sleep with someone, you enter a realm that’s decidedly past friendship. Waking up and acknowledging the insane thing the two of you did is a good idea, especially if you can add some humor in there (“wow, I had no idea you have a tattoo there” sort of stuff), but once you separate, take some space for yourself. If you give both of you some time to digest the situation, you’ll be better equipped to resolve it and leave it in the past.

Tell One Friend You Really Trust—And No One Else

This is a hard one, especially if you’re like the Gretchen Wieners of secret keeping (meaning you really, really suck at it). But, if everyone in your friend group knows what happened, it’ll be even harder to live it down. Tell one friend whose judgment you know you can depend on, and even more so, the friend you know won’t blab to anyone else. That way, you’ll get someone else’s perspective and advice in there in case your inner conscience is as hungover as the rest of you.

Recommit To Your Friendship

Things aren’t just automatically going to go back to normal because you both agree that what you did was totally stupid and never to be repeated no matter how many shots in you are. You’ve moved your friendship to a level previously unexplored, and that can be complicated for anyone. There might be a couple ups and downs, or more than a couple, before he starts to feel like the guy friend you can binge watch Gossip Girl reruns with instead of like the guy who last saw you naked. And, more importantly, that’s fine. It’s okay if there’s a little weirdness at first. But if you really care about each other as friends, you can’t give up on each other because of one semi-awkward brunch after the fact. The critical thing is to keep trying, little by little, and that will only work if you’re both fully committed to being best buddies again.

So, don’t panic if you see him the next day and all you can think about is how he helped you find your bra under his bed. Just do your best to act like you normally would, be transparent about how you’re feeling, and don’t forget to keep finding the humor in the situation. Because let’s face it, it’s a little funny that the guy who you’ve seen stick French fries up his nose has also seen your boobs. With that attitude, you’ll both get past the temporary shift in your friendship and things between the two of you will start to feel normal and comfortable again. Before you know it, you’ll be back to acting as his wing woman and high fiving him when he leaves the bar with the cute girl you talked him up to all night. That’s what are friends for, right?