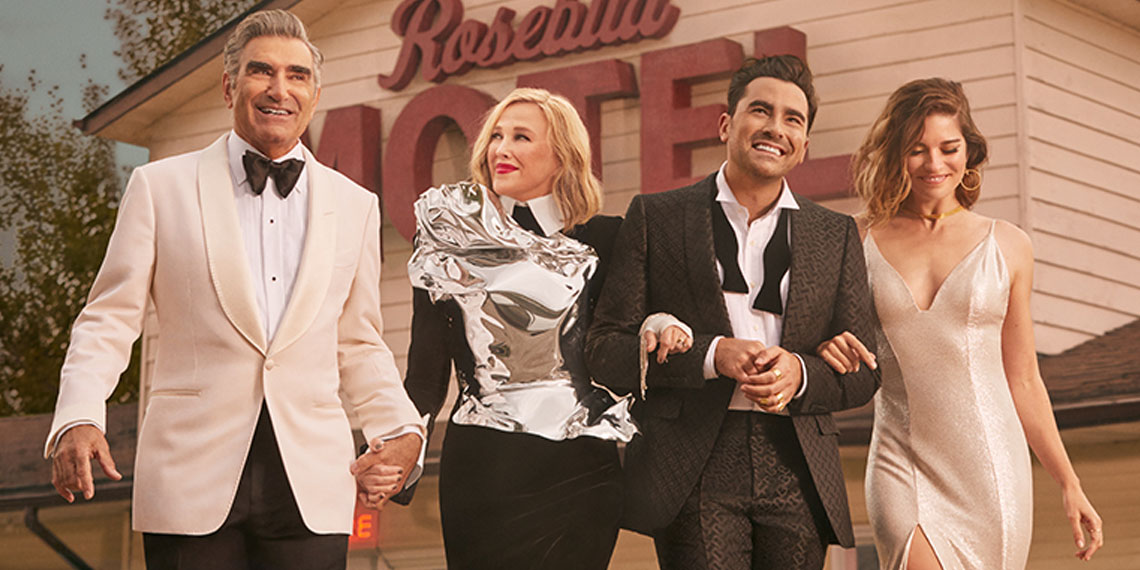 How The Schitt’s Creek Characters Would Quarantine

Like everyone else, I’ve been working on bettering myself in quarantine (and by bettering myself, I mean watching all of the shows I’ve been adding to my Netflix queue). My first official quarantine binge was obviously Parks and Rec, but when I realized that I couldn’t watch Parks over and over until this ends, I started looking for new content, which is where Schitt’s Creek comes in.

Honestly, it took me a few half-watches of the pilot, but once I got like, 10 minutes into the second episode I became hooked and made it through the series in, like, a week and a half. And, since I can’t stop thinking about the show, I decided that there is no better use of my brain cells then to tell you how I think the characters of Schitt’s Creek would be quarantining.

At first, Johnny believed COVID-19 was just like the flu, but after David yelled at him enough times, he started taking precautions and wearing a mask in public at all times. Now he’s going a little too far in the other direction, wearing gloves even at home and Lysoling the entire motel on the hour, despite there not being any visitors since even before the pandemic. While he is trying to keep his cool for the sake of the family, Johnny is kind of losing his mind, and his family obviously notices. He won’t stop watching the news and parroting every single new COVID-19 development he hears, and is having trouble distinguishing between conspiracy theories and legitimate news. He splits his day between the motel and the cafe, where he’s handing out face shields to everyone coming in and trying to install plexiglass barriers at all the tables.

As we know, Moira does not enjoy being around sick people, so this whole pandemic thing has sent her spiraling. To keep herself sane (to the detriment of those around her), Moira has taken to organizing weekly Jazzagal rehearsals via Zoom. The audio delay makes them unbearable. Moira has been spending her time organizing her wigs, matching them to her face mask du jour, and she’d actually be pretty big on TikTok if she could figure out what it is.

David somehow managed to get Rose Apothecary to be declared an essential business, largely because he truly believes that luxury skin care items are essential. However, he is extremely diligent about social distancing and is only operating via curbside pickup. He makes Patrick deliver the customers’ orders because he’s convinced he’s high-risk. Every time he gets a panic attack, he convinces himself it’s COVID-19. Ted has started screening his calls. When he’s not spiraling, he’s developing a Rose Apothecary hand sanitizer that doubles as a scented hand cream.

Alexis’ business has been growing and she is determined not to let quarantine dampen her success. A true innovator, Alexis bought a sewing machine from a store in Elmdale, and she and David have started learning to make branded masks to sell at Rose Apothecary. The plan was to embroider them in Swarovski crystals and sell them for $500 a pop. So far they’ve made one mask successfully before the sewing machine jammed and they “took a break”.

Since there are apparently no hospitals in Schitt’s Creek, Johnny has decided that the Rosebud motel would rent out rooms to healthcare providers at a reduced rate. While this is honestly a really good idea, he (unsurprisingly) had no plans regarding the logistics and left all of the details to Stevie. She is one more half-baked idea away from “accidentally” locking him out of the motel.

Roland won’t stop telling everyone how much he is doing his part, but he goes out in public wearing a mask that only covers his mouth. He also purposely forgets items on his grocery runs so he has an excuse to go back out. He continues to spend time with Bob, claiming the two are quarantining together, even though they are not living together…

Since Jocelyn is a teacher, she has been crazy busy over the last few months. On top of conducting her classes via Zoom, she’s been going the extra mile to both drop off and pick up homework for her students.

Since the diner is evidently the only place in town to get food, Twyla is working overtime on carryout orders, and it has never been busier. While working around Johnny’s developments to the diner, she’s been trying to enlist the Rose family to help her deliver orders. They have all left her on read, and she’s too nice to double text.

Unsurprisingly, Ronnie has been holding it together the most through this whole ordeal. She virtually walked every single member of the town council through the Zoom set-up process so they could still hold meetings. In her spare time, she’s been delivering PPE to the local hospitals, but you’d never know because she doesn’t make a big show out of it. She is, however, judging the sh*t out of everyone who is going about their regular lives unbothered.

Bob somehow brought coronavirus to Schitt’s Creek. No one is really sure where he got it from, but when he started showing minor symptoms, he assumed that he just had allergies. Even though Bob should be high-risk due to his age, he did not have a severe case. He did, however, spread COVID-19 to half of the customers at the diner.

In true David Rose fashion, Dan Levy posted a video explaining the importance of wearing a mask on Twitter, and I’ll leave you with that super pure content.