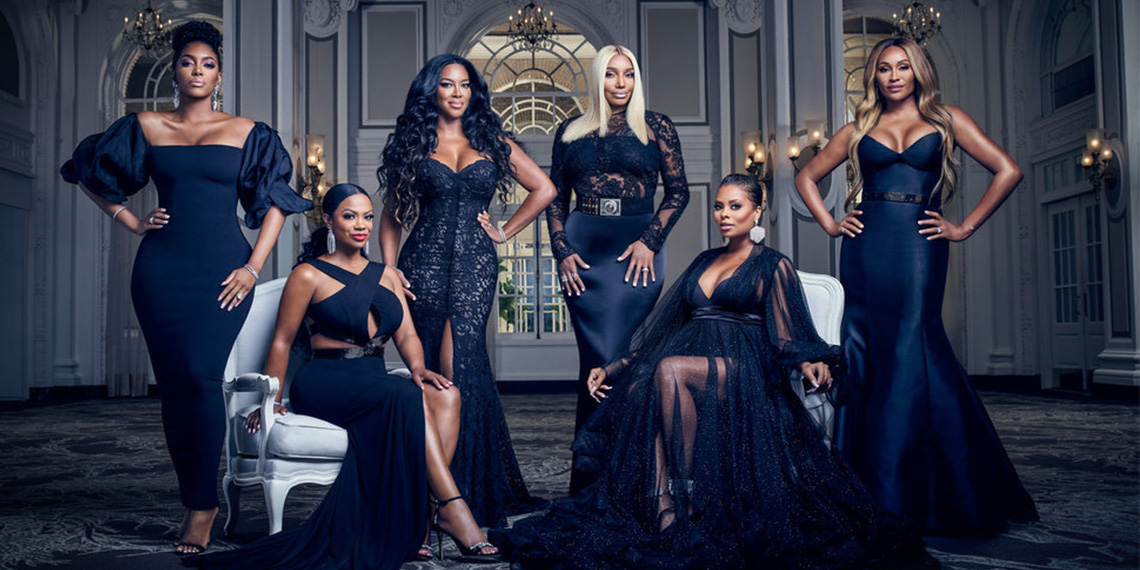 How ‘The Real Housewives’ Changed My Life

When you think of The Real Housewives, you might think of exaggerated arguments, wine tossing, and wealthy lifestyles that sometimes seem (and are often proven to be) too good to be true. As a Sociology major, I am fascinated by groups of people and their interactions, and from its inception, The Real Housewives garnered attention from all over the world, due to the over-the-top dynamics that the women have with one another, and how, despite many fights (that sometimes get physical), they usually manage to get through it all. I know some of you might be thinking that The Real Housewives isn’t that deep and does not need a dissertation about women who sometimes fly off the handle and spout phrases such as “monkey’s asshole” or “you’re a slut pig”. But for me as a Black Queer kid growing up, watching these women broadcast their successes, vulnerabilities, and adversities molded me into the person I am today.

The first franchise I ever watched was The Real Housewives of Atlanta. As a Black kid, watching Black women being their authentic selves, while living the life of luxury, was amazing. The reason Atlanta has been the most popular franchise since it has aired is because of its multi-layered and dynamic cast. You have a powerhouse like NeNe Leakes, for example, who has given us amazing one-liners such as “Bloop” and “close your legs to married men”, which are hilarious and iconic. However, what has always stood out to me is NeNe’s ability to be unflinchingly open about her personal life. When her husband Gregg was diagnosed with colon cancer, NeNe was open about the impact it had on her and how it led to her going through depression, and seeking out mental health treatment in the form of a life coach. The reason this had such an impact on me is due to my own mental health struggles. I struggle with Generalized Anxiety Disorder and Depression, which is not often shown in the media. Dealing with this can lead to the deterioration of friendships, relationships, school life and work, along with the fact that within the Black community there is a huge stigma attached to mental health. As a viewer, to see NeNe, a Black woman, be so open about having to rebuild the relationship with her husband and her friends as a result of getting a life coach and wanting to improve her mental health was inspiring. It also taught me how to go about conversations with the people around me as it pertains to mental health. Having anxiety, I have my guard up most of the time, so it can be hard to be vulnerable and face the issues you have with other people. I truly credit NeNe with helping me through the times that I have struggled mentally.

Another area of my life that the Real Housewives have helped me navigate is my career. No, I don’t want to start my own line of low-calorie vodkas or anything, but watching the shows has helped me reimagine my own career path and realize my own potential. Growing up as a Black kid, there were conversations I would have about what I wanted to do with my life, and I was encouraged to try to pick something “safe”. “Safe” does not necessarily mean easy—as far as I was concerned, “safe” translated to a career that would make money and be in high demand. I mean, I don’t blame my elders for wanting to push me in this direction; it’s totally understandable. However, to be quite honest, I have never been one to excel in math or science, nor am I savvy/motivated enough to start my own business from the ground up. Anyone that has the ambition to do those things, I commend you a million times. But bitch, I just don’t have it in me.

On the other hand, I’ve always loved writing but was discouraged to do so. It’s kind of understandable—I was not born into a family of rich media personalities or writers, nor was I born into any type of privilege that would help me excel in any of those areas at a faster rate than everyone else. But watching The Real Housewives helped shake me out of those feelings of discouragement. No matter the franchise or season, you’ll pretty much never see a Housewife let someone who doesn’t believe in her get in the way of chasing her dreams. You have Bethenny Frankel, alumna of The Real Housewives of New York City, for example. I remember watching her in the early days of RHONY, and remarking to myself how much drive she had. She would promote her product any way she could, no matter how it was perceived. Whether it was driving a Skinnygirl-wrapped car to the Hamptons during one of the infamous cast trips while Luann looked on in disgust, sampling her products in grocery stores to disinterested customers, or fighting with Jill over Skinnygirl signage at a benefit, you can’t say the woman didn’t put herself and her brand out there. Bethenny showed me that if I wanted something, I needed to prove to myself that I was ready and willing to do anything for my dream to come to fruition, while also being ready to face rejection. Success doesn’t happen overnight, and she really instilled that concept in me during her days as a Housewife. (Bethenny, please come back for Season 13, and bring Heather “Holla” Thomson with you!)

Speaking of chasing your dreams, the last important thing that Housewives has taught me is the importance of representation. Diversity is often an oversight when casting television in general, and Housewives is no exception to the rule. People automatically assume that, when talking about representation, people are trying to make shows more “woke” and “politically correct” by casting women of color. But the reason representation is important is because it makes your audience feel seen. Recently, I have felt like Bravo has been listening to the viewers and our demand for more authentic representation. For example, Garcelle Beauvais recently joined The Real Housewives of Beverly Hills. For 10 years, the show did not have any Black women featured on the main cast. As a Los Angeles native, it furthered my questioning as to whether Black people were a prominent part of Beverly Hills society. To see such a dynamic and unapologetically Black woman as a part of this cast has really given me the confidence to not be scared to work in an area that I might be the minority in. Her presence on the show is also unmatched. She’s quick-witted, showcased her life as a working Black woman in Hollywood, and talked about how the infidelity she faced in her marriage was heartbreaking, but ultimately led to a healthy, copacetic co-parenting situation. She represents what so many people have had to go through. Also, to see Dr. Wendy Osefo, a Professor at Johns Hopkins University, political commentator, and a Black woman with FOUR  degrees on The Real Housewives of Potomac has really been inspiring. As a college student, I often get super discouraged and have the urge to drop the f*ck out every other day, so to see her accomplish what she’s accomplished on top of being of a mother has really given me the boost to get the f*ck up and get this degree and push myself to do better.

The Real Housewives has been my favorite show to watch since I was about nine years old. Not only because of the drama that is showcased, but because of the real life stories and lessons that the women have bravely shown to us for years. I’ve learned so much about business, friendships, navigating my mental health, and pushing myself to be better because of these women. Each franchise holds a special place in my heart and not to be all like, uncool, but I am eternally grateful to the Housewives for being so open and vulnerable to us over the years.