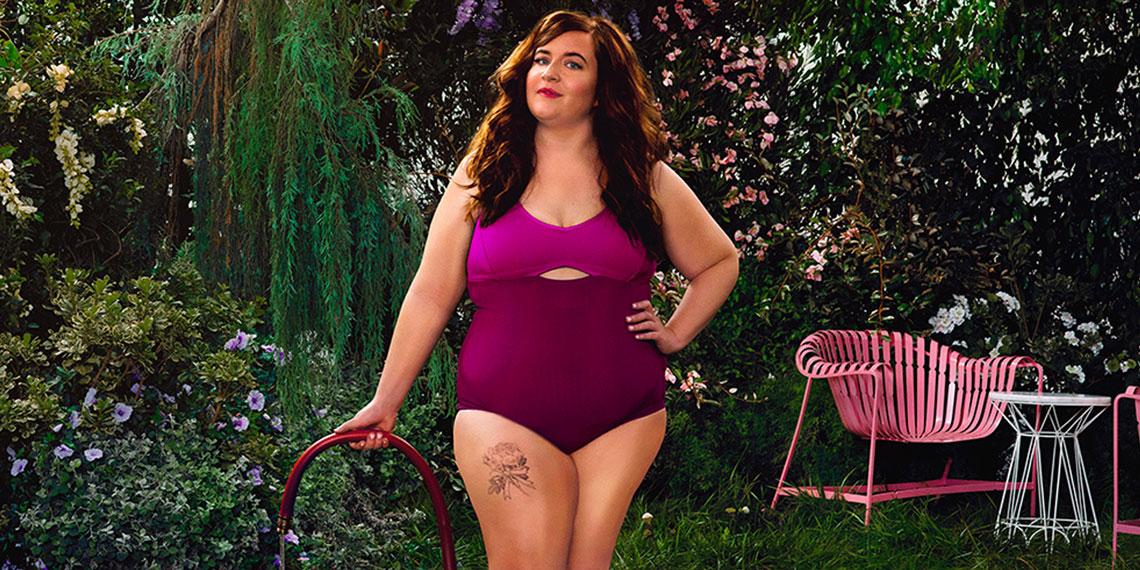 How ‘Shrill’ Forced Me To Confront My Own Fat-Shaming

Before I give you my thoughts on Shrill, here’s a little context. The first time I sat on a guy’s lap, he jerked back and pushed me off. “How much do you weigh?” he demanded, rubbing his legs in pain. I was 13 years old, standing in the aisle of a school bus filled with my 7th grade classmates. Over a decade later, I barely remember the guy—but his comment, I remember. The same way I remember, later that year, comments under pictures of me on my cousin’s Myspace: “Who’s your fat friend?” Or in 4th grade, when another girl and I broke our ankles at the same time and had to be carried down a flight of stairs. “Looks like I got the light one,” a teacher joked, picking up the other girl.

If you haven’t yet watched Shrill, the new Hulu show starring SNL’s Aidy Bryant, I highly recommend it. (I also recommend tuning out of this article, because duh—spoilers.) Shrill, in six too-short episodes, tells the story of Annie (Aidy Bryant), a fat woman who finds herself taking far too much sh*t from her mother, her boss, and her f*ck buddy-slash-boyfriend. While Annie’s struggles are not solely derived from her size, Shrill emphasizes the harmful assumptions made about fat people (namely, that their size is a result of being lazy, or lacking willpower), and how licensed people feel to treat Annie differently because of it. From well-meaning “concern” expressed by strangers to her boss telling her to her face that she doesn’t “take care of” herself, the sheer fact of walking around as a woman of Annie’s size translates to an onslaught of uninformed, unsolicited opinions about her character.

Here is a teensy bit of the FULL LENGTH TRAILER! To see the full big boi trailer go to my stories or link in bio hunnie!

All this is to say: though I have not, in my adult life, been overweight, I expected to relate to Annie while watching this show. From my own memories of middle school fat-shaming, I was ready to raise a glass in solidarity and share in Annie’s triumph as she gained the courage to issue a massive f*ck you to her haters. But while I did find the show highly relatable, it wasn’t, ultimately, Annie’s struggle in which I saw myself. Instead, I felt my stomach sink every time a passive-aggressive barb was thrown out against her—and I heard it clearly in my own voice.

To fill you in on the decade between being cyber-bullied on Myspace and now: just before high school, I lost about 25 pounds and grew three inches. (Don’t hate me; it was the last time I lost weight effortlessly in my life, I promise.) From that moment on, likely because of how I’d been treated when I was bigger, I have been obsessed with getting, and staying, thin. From 8th grade on, no diet was off-limits—from South Beach in 2009 to keto about six months ago. (Am I crazy BTW, or are those diets basically the same?) All that dieting was successful, depending on how you define it. While I’m perpetually in a state of wanting to lose “the last” 5-10 pounds, I am by no means overweight. And importantly, my body allows me to suffer none of the public shaming and discrimination that Annie receives every day.

So, let’s take Annie being accosted in a coffee shop by a personal trainer, who grabs her (apparently, tiny) wrist and says earnestly: “There is a small person inside of you dying to get out.” Watching that scene, I had no idea what it was like to be Annie. I did, though, have years of memories of grabbing my own wrists and admiring their smallness, of looking in disgust at the rest of my arm and hating myself for the way it (in my mind) ballooned outward. When Annie’s mom tells her, “you always feel better when you exercise, I can tell,” I hear the same lie I tell people about going to the gym. Sure, it makes me feel better—but only, I’m pretty sure, because I know it’s helping me lose weight.

I came into Shrill thinking it would be a feel-good empowering romp, with twinges of painful memories from my past. I was mostly right (it felt great! and super empowering!), but the twinges of guilt I feel are from how I think about my body right now. I hope that my constant desire to be smaller doesn’t spill out in how I treat other people—but I can’t imagine that it doesn’t. If I hate myself for struggling to zip up a pair of size 27 jeans, how would I not judge someone who wears jeans that are two, four, or ten sizes larger? When I look around in envy at the tiny women NYC is riddled with, have I been kidding myself that I’m not, also, looking at fat people with pity? How many people, beyond myself, have I actually been harming with the constant internal monologue of self-directed fat-shaming?

I won’t say that Shrill cured me of these habits. Midway through writing this article, actually, I stopped to measure myself to decide which size pants to reference (every company is different, y’all know this). Then I measured myself again—and three times after that, with different tools, because I wasn’t happy about the number I was getting. This can’t be right, I thought, furiously switching out a charging cable for a piece of ribbon to wrap around my waist. Never mind that reading a different number off my tape measure has exactly zero effect on my actual body. My negative body image, clearly, is still in effect—but Shrill is the first show I’ve seen in a long time that made me want to do something about it.

If I can recognize how sh*tty people’s treatment of Annie is, I reason, I should be able to apply that same logic to myself. And hopefully, if we can all be a little kinder to ourselves in private, we can be kinder to others in public too. I’m grateful that Shrill brought my fat-shaming into clearer view, but the most pressing issue the show elucidates is our policing and shaming of fat people for simply living their lives near us. And whatever personal struggles you may or may not be dealing with, that kind of bullying on a societal level has got to stop.